About the Head Tomato 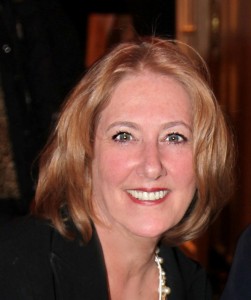 Cheryl Benton, aka the “head tomato” is founder and publisher of The Three Tomatoes, a digital lifestyle magazine for “women who aren’t kids”. Having lived and worked for many years in New York City, the land of size zero twenty-somethings, she was truly starting to feel like an invisible woman. She created The Three Tomatoes just for the fun of it as the antidote for invisibility and sent it to 60 friends. Today she has thousands of friends and is chief cheerleader for smart, savvy women who want to live their lives fully at every age and every stage.

After running her own successful ad agency on Long Island, she sold her agency to one of the largest ad agencies in the world, and spent most of her career in the NYC ad agency world. After 25 years in the world of mad men and women, she started a consulting firm, which she recently folded to focus on her most high potential client – The Three Tomatoes.

Cheryl is a passionate advocate for advancing women and girls and truly believes that “tomatoes” have an obligation to help other women succeed.  She is currently leading the Private Sector Development Committee for Plan USA and it’s “Because I am a Girl” program that is lifting girls out of poverty.  For many years she was actively engaged with the US National Committee for UN Women, which is the United Nation’s entity that champions women around the world.

She is a graduate of Adelphi University and a recipient of the “Distinguished Alumni Award”. She was also inducted into the Business Marketing Hall of Fame. She was recently named a top CEO by SmartCEO magazine and honored with their Brava Award.  She is a frequent speaker on marketing to women, and women’s global issues, and is co-author of Leading Women: 20 Influential Women Share Their Secrets to Leadership, Business, and Life, Paperback – December 5, 2014, Adams Media.  Her first novel, “Can You See Us Now?” was published in 2018, folowed by “Martini Wisdom” which she co-created with her daughter, Roni Jenkins. She is a frequent speaker on women’s issues, ageism, and fully living our lives at every age and every stage. A wife, mother, and grandmother (her favorite title), she resides in New York with her husband and two dogs.

Her latest venture is The Three Tomatoes Book Publishing, launched in 2019 to help writers get their books published.