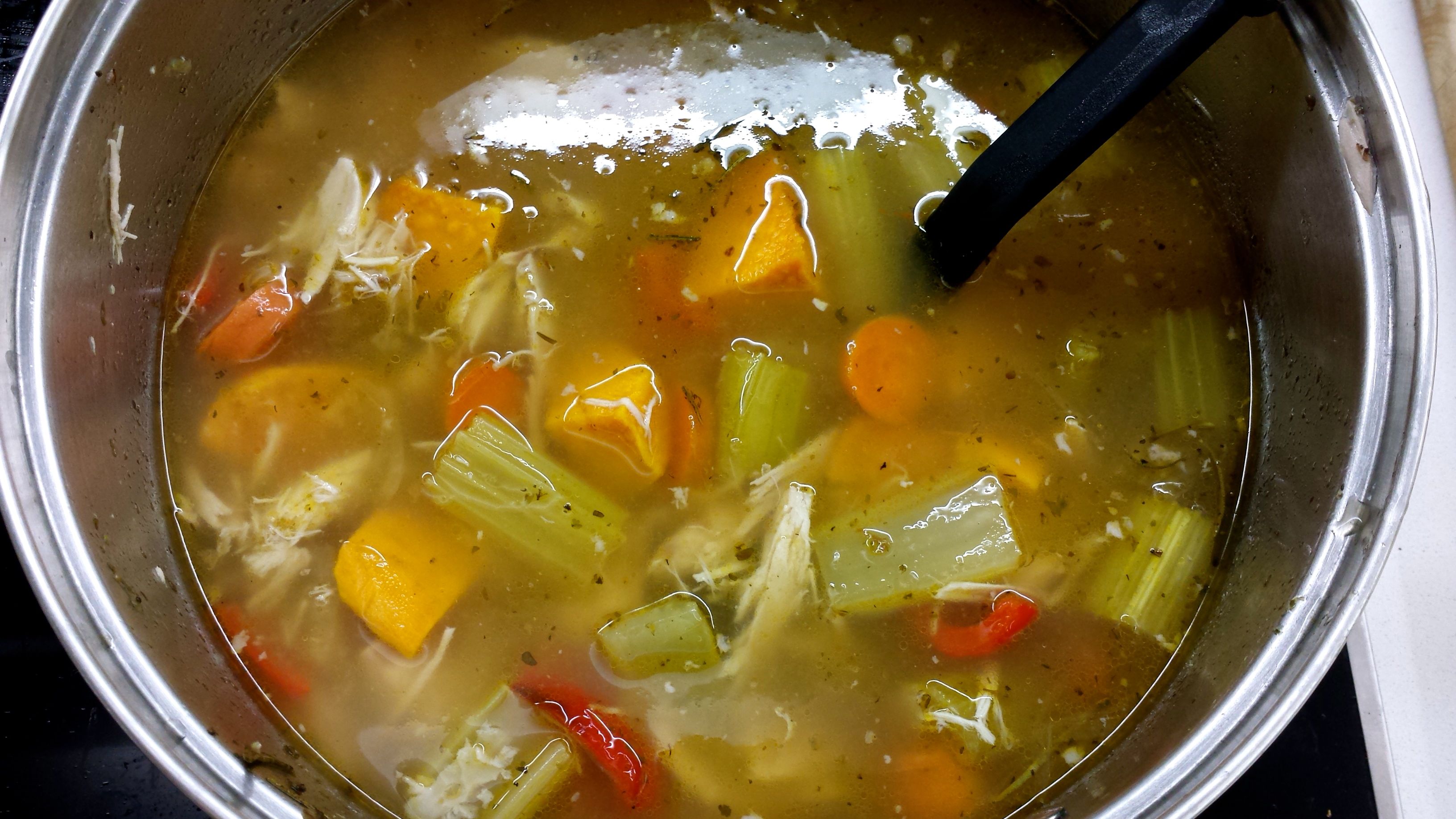 This is simply double the recipe from Soup Suppers [4]. The single recipe calls for 5 quarts of water. There is no amount of water noted here because my sister uses her largest pot – 12 quarts – and doesn’t measure the water. She simply fills it as much as she can. The result is a very rich soup. If you want your soup even richer, reduce the volume by simmering it down a little, after having removed the solids.