Broadway’s big night is Sunday when the Tony Award winners are announced. And Broadway Sings for Pride on June 24, and Valerie Smaldone has the scoop.  Did you know there are only 5 statues in NYC of women, but 145 of men? Well cheers to HBO’s Handmaiden’s Tale for its salute to women at Madison Square Park yesterday. And who are the 5 statues in addition to Gertrude Stein above? It’s National Rosé Day and if you want some great Rosé recommendations, listen in to this week’s podcast. Looking for a quiet romantic dining in Times Square? Gael Greene reviews 701 West.  And below are highlights of a few fun things to do in June.

The Met’s popular concert series in New York City parks in all five boroughs kicks off on June 10 at 8 PM at SummerStage in Central Park, with an evening of arias and duets from a variety of operas. The first two recitals feature audience favorites baritone Nathan Gunn, tenor Ben Bliss, and soprano Ying Fang, accompanied on piano by Dan Saunders.  FREE. Get details.

New York’s Biggest Block Party happens Tuesday from 6 to 9 PM. Walk the Mile on Fifth Avenue between 82nd Street and 110th Street while visiting some of New York City’s finest cultural institutions, which are open free to the public. Special exhibitions and works from permanent collections are on view inside the museums’ galleries, with live music and art-making workshops on Fifth Avenue at selected museums. Get the details.

Our friend Broadway producer Pat Addiss says do not miss PLACES! – a multimedia solo show that tells the story of Alla Nazimova, played by Romy Nordlinger, probably the most famous star you’ve never heard of. From fleeing Tsarist Russia to Broadway stardom to the highest paid silent film star, Nazimova was the first female director, producer and writer in Hollywood, proclaiming her strength when women were relegated to silence. Get tickets.

If you love jewelry, or have a special event coming up, you need to know about Red Carpet Rocks, an online jewelry renting web site. They have beautiful selections, and rentals are reasonably priced. And you check out next week because they have a pop up shop next week. June 12 @Bryant Park (40th) from noon to 8PM and June 13 @Washington Street/13th from noon to 9 PM. Learn more at their web site.

Did you know there are only 5 statues in NYC representing historical women, but 145 of men? Well cheers to HBO’s Handmaiden’s Tale for a great promotion at Madison Square yesterday with 140 mirrored statues to represent women’s role in history. And who are the 5 statues in addition to Gertrude Stein above? But City Hall recently announced there are 5 more coming – Shirley Chisholm, Billie Holiday, Elizabeth Jennings Graham, Dr. Helen Rodríguez Trías, and Katherine Walker. Now only 135 to go for parity. 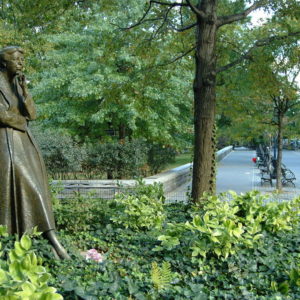 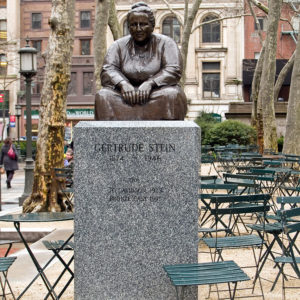 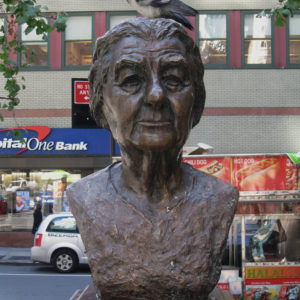 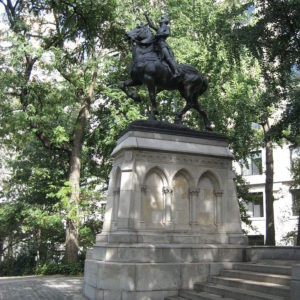 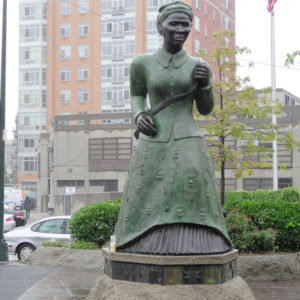