For U.S. travelers, a European vacation is highly unlikely this summer, and for the near future. The good news is that the United States is filled with towns and cities rich in European charms.

“There are great deals, and there are many European-style places to visit in the U.S.,” says James Ferrara, a personal travel advisor and president of InteleTravel.

Spanish vibe, St. Augustine, Florida: On the northeast coast of Florida, the city claims to be the oldest in the U.S., and is known for its Spanish colonial architecture. The Castillo de San Marcos is a 17th-century Spanish stone fortress.

Spanish/Creole vibe, New Orleans, Louisiana: With wrought-iron-accented buildings, outdoor patios, and a renowned food scene, New Orleans shows a distinct European flair. In the French Quarter with its colorful, Spanish-inspired buildings, you can stroll down Frenchmen Street to catch some live jazz music.

Swiss/German vibe, Leavenworth, Washington: This city’s landscape and architecture capture a mix of Swiss and German aesthetic. Nestled in the Cascades, Leavenworth also attracts outdoor-enthusiasts for activities including hiking, climbing and kayaking. 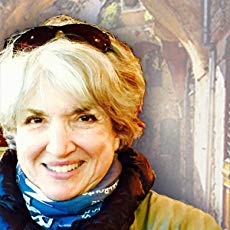