Our Favorite Spots for a Holiday Drink 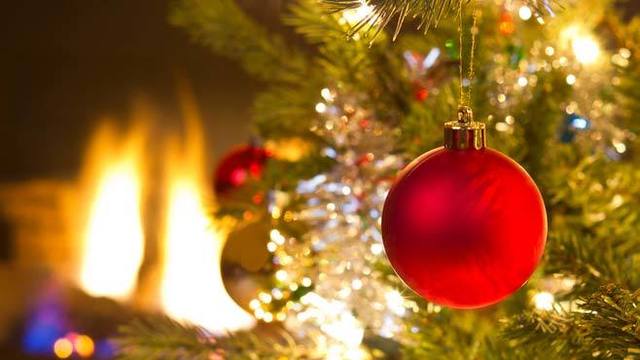 There is certainly no lack of bars in NYC….from pubs to sleek hotel bars. But when it comes to the holidays, there a few that stand out, and we’ve got a few to suggest for a drink, and our very favorite, most Christmassy bar in New York City!

The Most Christmassy Bar in NYC 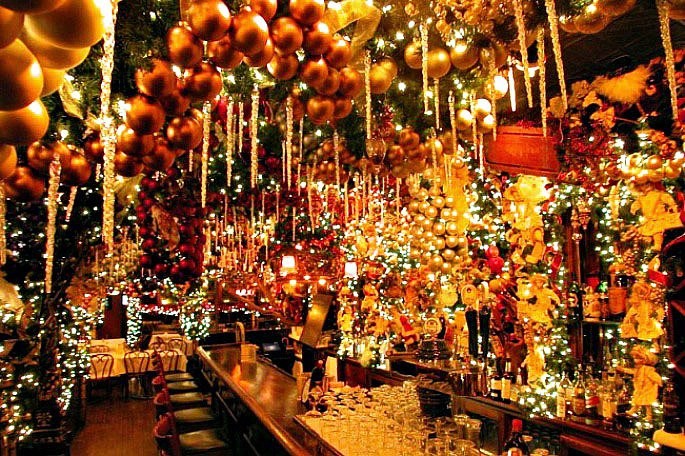 Rolf’s German Restaurant, one of the last left in the city, is truly one of a kind. They start decorating in September, and spend about $60,000 a year to turn their bar and restaurant into a Christmas spectacular.  Many of their decorations are vintage, like beautiful dolls and angles, and you won’t know what to look at first.  Their Irish Coffee is on one of the best anywhere, and you’ll get a stein of beer the size of a small dog.  Best time to go is mid to later afternoon.

Ophelia – a Snow Globe in the Sky 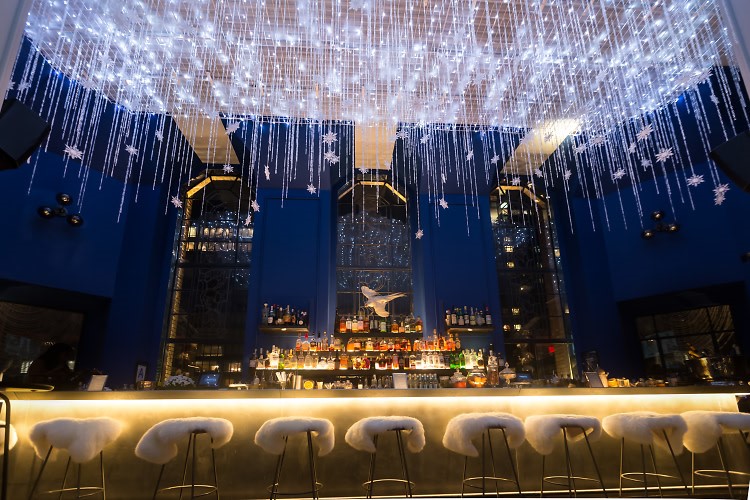 One of our favorite bars with a view, was the top of the Beekman Plaza, which was originally Built in 1928.  The iconic art deco tower on the East River was originally known as the Panhellenic Tower and served as a womens-only club and hotel space for the national Greek-letter sororities. And in 1934 it was rebranded as the Beekman Tower and opened to all. Then it closed and was renovated and now, thank goodness the top of the tower is reopned and is a chic cocktail lounge, Ophelia.  And for the holidays it has turned into a snow globe, dripping with crystals and sparkling snowflakes, giving revelers a glamorous holiday sipping experience with fabulous views! 3 Mitchell Place at 49th Street, 26th floor. Get the details.

Okay so you may have been to the rooftop at 230 Fifth Avenue.  And the later you go, the younger it gets.  But they have an awesome color igloo village right now with spectacular views of the Empire State Building. More than 15 transparent and colorfully lit heated igloos offering some of the best city skyline views. Sipp on adult hot beverages like Fireball Cider, Godiva Peppermint Hot Chocolate and Irish Coffees. Open now through early April. You can go early (before the young crowd arrives) and also think about brunch on Saturday or Sunday.  The view is worth it.  Igloo Bar at 230 Fifth 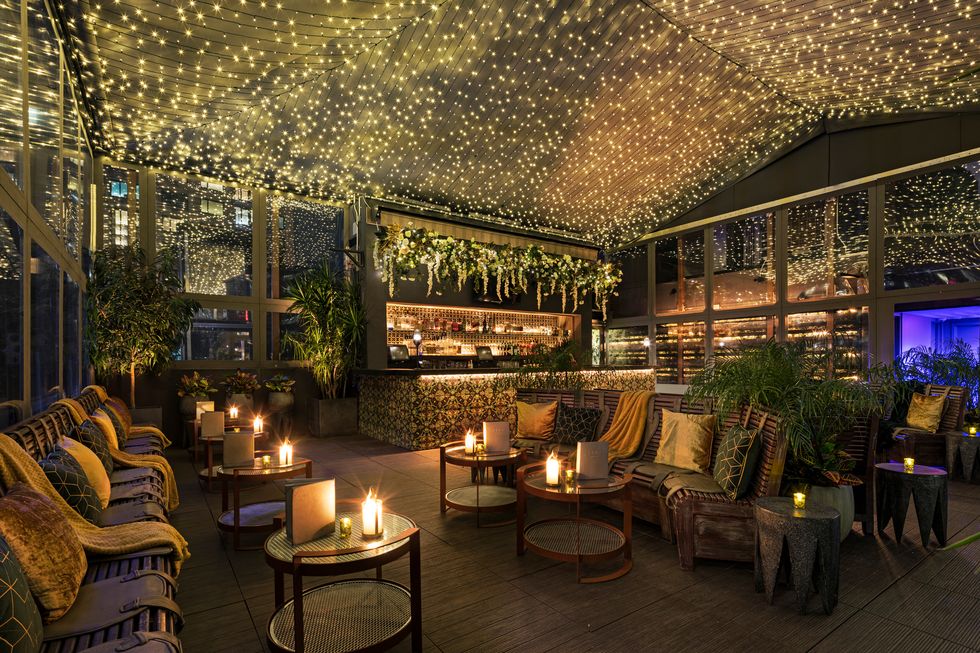 Every year the New York Botanical Garden displays their fabulous train show that’s a miniature of NYC.  Fun place to bring the kiddies in the day time, but the most fun is the Bar Car Nights for grownups only.

Adults 21 and over, can enjoy the wintry landscape of NYBG with festive outdoor adventures, with an after-dark viewing of the Holiday Train Show® as the centerpiece. Purchase a drink from one of their seasonal bars and a bite to eat from the Bronx Night Market Holiday Pop-up, then set out to explore the night’s offerings. Relax and warm up around the fire pits in the Leon Levy Visitor Center, watch art emerge from giant blocks of ice during live ice-sculpting demonstrations, sing along to your favorite tunes with dueling pianos in the Pine Tree Café, and listen to roving a cappella groups as they guide you through the Garden.  Look for discount tickets on Groupon and Goldstar.