A Trio of Excellent New Books

With Russia much in the news these days, The Patriots is a riveting family saga that takes us inside Russia from the 1930s to the Cold War years, seen through the lens of Americans. History comes to life in 1777: Tipping Point at Saratoga, a vivid and intimate account of the turning point in the Revolutionary War at Saratoga. The Future Tense of Joy is a beautiful, honest memoir about depression, abuse, and the pressure to be perfect.

The Patriots:  A Novel by Sana Krasikov

A Brilliant Debut Novel about Idealism, Betrayal and Family Secrets

With Russia much in the news these days, here is a riveting novel that takes us inside Russia from the 1930s to the Cold War years, seen through the lens of Americans. The story starts when the Great Depression hits, and Florence Fein leaves Brooklyn College for what appears to be a plum job in Moscow—and the promise of love and independence. But once in Russia, she quickly becomes entangled in a country she can’t escape. Many years later, Florence’s son, Julian, will make the opposite journey, immigrating back to the United States. His work in the oil industry takes him on frequent visits to Moscow, and when he learns that Florence’s KGB file has been opened, he arranges a business trip to uncover the truth about his mother, and to convince his son, Lenny, who is trying to make his fortune in the new Russia, to return home. What he discovers is both chilling and heartbreaking: an untold story of what happened to a generation of Americans abandoned by their country.

As the novel unfolds, Florence remains a difficult and unsympathetic character to the reader, and to her son as well. His search for a better understanding of his mother leads the reader there too, and to a poignant ending in this gripping and wonderfully written story.   Get the book.

The Future Tense of Joy –  by Jessica Teich 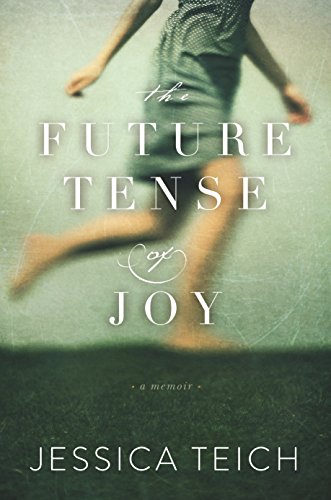 A beautiful, honest memoir about depression, abuse, and seeking perfection

This beautifully written and crafted memoir brilliantly weaves two stories together.  The story starts when Jessica reads about a fellow Rhodes Scholar who committed suicide at the age of 27.  Jessica becomes obsessed with unraveling the mystery of why this beautiful, brilliant young woman who seemed to have it all, would take her own life.  And in unraveling that story, Jessica starts to heal and free herself.  Jessica also seems to have it all –  she is brilliant, has a wonderful husband and two beautiful daughters.  But she has yet to find joy and happiness in life.  As the memoir unfolds, we learn that Jessica is a survivor of an abusive relationship.  We also learn about the pressures she and the young woman who committed suicide, faced to be perfect.  This multi-dimensional book delves into depression, abuse, and the pressures to be an accomplished, successful woman.  Get the book. 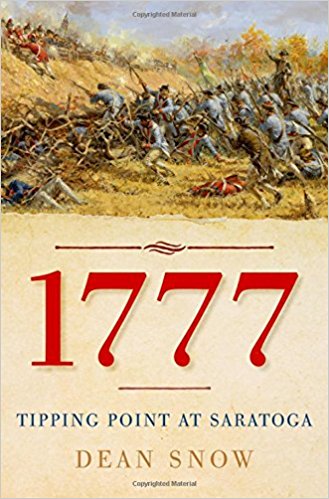 A Vivid and Intimate Account that brings history to life.

Dean Snow makes the turning point in the Revolutionary War at Saratoga come to life with stories of the common soldiers of both armies, their officers and many of the families that took part.  Both armies receive careful and detailed attention, making a balanced and fair account.  Snow’s coverage of the of the military aspects of this campaign are flawless, but it his sensitivity to the emotional impact on the men and women who were there that makes this book a must read for history lovers.

In the fall of 1777 in Saratoga, New York, “Gentleman Johnny” Burgoyne led the skilled British and German forces in an attempt to separate the rebellious New England from other colonies.  They faced off against the inexperienced and improvised American army, led by Horatio Gates, and were handed an utterly stunning defeat.  One of the world’s finest armies had been beaten by a bunch of amateurs.

Snow is a Professor of Anthropology at Penn State, who excavated on the Saratoga battlefield, weaves together stories gleaned from letters, journals, and memoirs with archaeological discoveries.  His result is a vivid and intimate account of the Saratoga Campaign.  Buy the book.