WE CAN’T AVOID IT….NOR SHOULD WE FEAR IT! 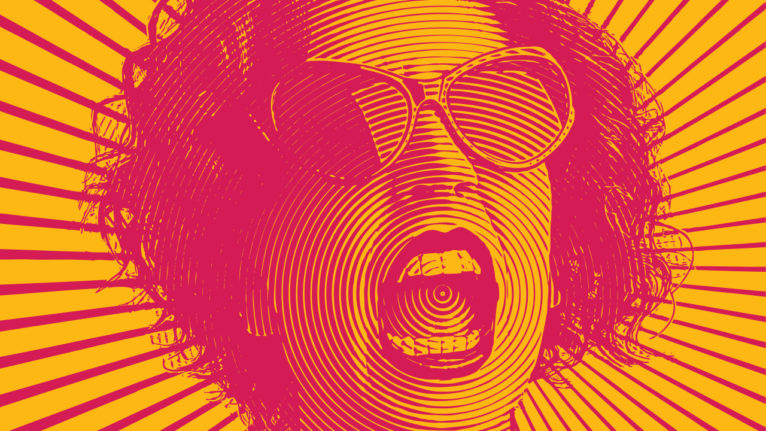 “Sometimes menopause is a nuisance, but on the whole, I quite like it.  I feel ’rounded off’ as though I have completed a whole segment of my life.  And then well, who knows what’s next?”

Yes, real women sweat, they have mood swings, depression, weight gain, and loss of libido.  And to address that sense of aging and feeling invisible, we dye our hair, plump up our lips, whiten our teeth, hit the treadmill – and even consider the benefits of cosmetic surgery – all in pursuit of the “Fountain of Youth”.  But guess what? There is no “Fountain of Youth”and what  some  see as an end, or a loss, others see as a  new beginning, rejoicing in a new found sense of freedom and joie de vivre!

Fortunately, not every woman has a difficult time with menopause, but for those who do, it was my pleasure to interview NYC physician, OB/GYN, Reproductive Endocrinologist Dr. Hugh Melnick, with advice on how he treats his patients dealing with the symptoms of menopause and other issues connected to the body’s natural process of aging.

Q: What is Menopause and When Does It Actually Start?

A: Menopause occurs naturally in all women as their ovaries gradually cease functioning and is actually a state of hormone deficiency, not unlike diabetes of hypothyroidism.  Its symptoms occur because of a lack of the principal female hormones: estrogen, progesterone and testosterone.

Although menopause is officially defined as beginning when a woman ceases her menstrual cycle for one year, women may experience menopausal symptoms, often intense, for 5 to 10 years prior to the end of her cycle.  A woman should be eligible for treatment whenever it is needed rather than delaying treatment until her period stops for one year.

Q: As a specialist in the intricacies of the feminine experience, what do you recommend for women to prepare for, and relieve the symptoms of menopause?

A: While there is no “miracle” cure for menopause, many women have sought relief from hormonal medications, typically in the form of creams, pills, and injections.  For hormone therapy to be both safe and effective, the circulating levels of Estrogen and Testosterone must be similar to those found in a woman’s body during the prime of her life, commonly known as bio-identical hormone replacement.

And while it is acceptable to take Progesterone orally, Estrogen and Testosterone should not be taken in pill form.  When taken orally, both hormones pass through the liver, which is part of the normal digestive process.  The liver changes the hormones’ molecular structure, so that they are no longer bio-identical.

The best way to take hormone replacement therapy (HRT) is either through the skin with hormone patches, creams,  or by a method used in my practice, called “pelleting”, first described in the medical literature in the 1940’s and since then updated to incorporate surgical and pharmacologic advancements developed over the last 80 years.

Q: What is Bioidentical Hormone Pellet Therapy and How Does it Work?

A:  Bio-identical Hormone Pellet Therapy is a totally different approach to menopausal hormone replacement therapy which circumvents the problems inherent in the hormonal delivery systems most commonly used today.  “Pelleting” is the insertion of time-released pellets of hormonal medication the size of a large grain of rice under the skin with a commonly used instrument called a trocar.

When placed under the skin, the pellets produce a constant level of circulating hormones with less fluctuation in hormonal levels than produced by other routes of hormone delivery.  The hormones are an exact molecular copy of Estrogen and Testosterone made by a woman’s ovaries and thus are totally natural and bio-identical.

In an area that has been numbed with local anesthesia, the pellets are inserted under the skin in the buttocks area.  The insertion is relatively painless and takes approx. 15-20 mins. to complete.  There is some local tenderness in the area of insertion for 3-5 days after the procedure.  The pellet supply of hormones lasts for approximately 3 mos and then must be replaced as long as the therapy continues.

BHRT  pellet implants have been used effectively in men and women for over 70 years and have a  low rate of side effects and complication;  patient benefits include convenience (fewer office visits), less fluctuation in hormone levels, predictability of outcomes, and pellets do not increase the risk of blood clots like some conventional or synthetic methods of hormone replacement.  It may take up to 6 weeks to realize its full benefits.

Q: What are the Benefits of BHRT and Possible Side Effects?

A: The positive effects of estrogen/progesterone therapy include relief from hot flashes, improved sleep, improvement of vaginal and urinary symptoms, relief from anxiety, headaches and improvement in mood as well as cardiovascular benefits and prevention and treatment of osteoporosis.

Despite its many benefits, the side effects of Estrogen and Progesterone include possible breast tenderness, breast enlargement, water retention, vaginal bleeding, anxiety and depression.  The common potential side effects of Testosterone are oily skin, acne, hair loss, increased body and facial hair, deepening of the voice and weight gain.

Q:  Does Estrogen Cause Breast Cancer?

About 15 years later, the data from this study was analyzed again and the conclusions were quite different.  By correcting the errors in the statistical analysis, the study showed that when estrogen therapy was started early in menopause and discontinued by age 59 years, the occurrence of breast cancer was actually lower in the group tested with estrogen.

Further, the study revealed that the increase in breast cancer was in the group treated with both estrogen and progresterone.  However, the progesterone used by patients was a synthetic compound and not the natural progesterone that is used today.  Other studies show that when testosterone is combined with estrogen, the incidence of breast cancer is even lower than when estrogen is given on its own.

Because of this misinformation, over a period of 15 years millions of menopausal women who could have benefited from hormonal treatments were not treated.

Q: Is there a relationship between the Thyroid gland,  Hypothyroidism and Menopause?

A: It’s a fact that defies explanation but Hypothyroidism most often presents itself at the three most biologically significant time in a woman’s life:  puberty, after childbirth, and at the time of menopause.

Since Hypothyroidism, a deficiency of the thyroid hormone, often appears at the same time as the symptoms of estrogen and testosterone deficiencies in peri-menopause, comprehensive thyroid testing is an important part of the endocrinologic evaluation of menopausal women.  A thorough clinical evaluation and blood tests are essential for an optimal diagnosis.  Since some of the symptoms of ovarian and thyroid hormonal deficiency are similar, some women may continue to be symptomatic if one deficiency goes undiagnosed and untreated.

In addition to the symptoms of estrogen and testosterone deficiencies, Menopausal women often experience the hallmarks of Hypothyroidism such as fatique, brain fog, weight gain, abdominal fat,

hair loss, anxiety, panic attacks and depression.  My preference for the treatment of hypothyroidism is with natural dessicated thyroid (NDT) medications such as Armour or NP Thyroid. Studies have shown indicating superior symptomatic relief with NDT medication as compared with synthetic thyroid medications, such as Synthroid.

Further, like the human thyroid gland, NDT contains Thyrocalcitonin, a hormone that causes the formation of new bone.  NDT is an effective preventative and restorative therapy for osteopenia and osteoporosis, common menopausal conditions that cause the spontaneous fracture of bones in women who have gone for years without the benefit of adequate estrogen and testosterone.

Q: Lastly, what advice to you have for the menopausal women outside of medical treatment?

A:  I recommend the basics of good nutrition, exercise, sufficient  sleep, and most of all a positive attitude to all the joys and wisdom that come with the passage of time.  And remember, “Don’t regret growing older, it’s a privilege denied to many”!.