My impetus for starting The Three Tomatoes several years ago, was to celebrate vibrant grown up women who are fully living our lives at every age and every stage. Since marketers and the media were virtually ignoring us, we decided it was high time to celebrate us! We wanted to give a voice to women who often start to feel invisible as we grow older in our youth obsessed culture. And my recently published novel, “CAN YOU SEE US NOW?” also focuses on these issues through its three main characters.  Well hooray and halleluiah, the ad agency world is starting to take notice, and maybe, just maybe marketers and the media will take heed.

Recently we shared highlights of a survey from boutique NYC ad agency Fancy, that captured how women over 40 feel ignored or mispresented by advertisers. And earlier this week I had the opportunity to attend a fascinating presentation from McCann Worldgroup, one of the largest advertising agencies in the world, on their massive global research project “Truth About Age” which is a call to action to marketers to throw out the “age by the numbers” playbook.  But for me, the highlight of the event was a panel centered around “celebrating older women with positive images” that featured Samantha Barry, editor Glamour Magazine, Marta Kauffman, co-creator of Grace and Frankie (one of our favorite shows), and the awesome Jane Pauley.

This is one of the many fascinating “truths” that is core to the study.  If you’re a “tomato”, you intuitively know this truth, but it’s great to see it reinforced by major research.

The study presents a fascinating look at attitudes about aging in each decade from our 20s to our 70s. It’s a big eye opener for those who hold stereotypical views of age, which would be the vast majority of just about everyone on the planet, except for those of us who know differently because we’re living lives that defy those stereotypes.  For example:

According to the McCann data:

Who Worries the Most About Growing Old?

The big aha in the research is that people under 40, worry about age the most. There are many ways marketers can use this research to rethink their advertising, including presenting aging in a positive way.

Age by Attitudes, Not By Numbers

Another interesting takeaway from the study is that McCann created five attitudinal segments about aging that go well beyond age as a number. Which one are you?

The Ageless Adventurer: You couldn’t be more excited to grow older, no matter what your age. For you, it’s all about new opportunities for personal growth.

The Communal Caretaker: You are a social animal through and through. Aging is a positive process for you, mostly because it means deeper social connections and a role to play in nurturing the next generation.

You’re an Actualizing Adult: You are eager to get older because it means you actually get to be an adult.

You’re a Future Fearer: You have a complicated relationship with getting older. On the one hand, you know you can’t turn back time, but on the other hand you’re worried about what the future holds.

You’re a Youth Chaser: Being young can be intoxicating, and you’re having trouble letting go.

While the McCann study stops at 70, we’d add that there are many 80 and 90-year olds who are defying the stereotypes too.  At our recent Renewal Summit, one of the top- rated panels, was an ageless panel of octogenarians from a Tony Award winning Broadway producer to a couple of Tomatoes Got Talent show finalists, who are definitely “Ageless Adventurers.”   Check out the video highlights. 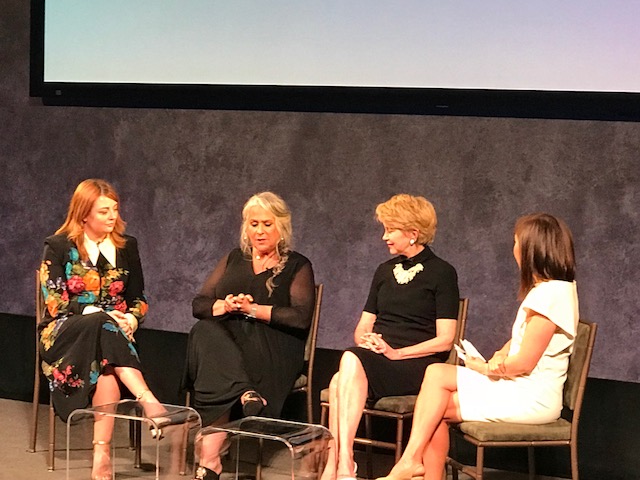 Samantha Barry, Marta Kauffman, and Jane Pauley on panel hosted by McCann to present their Truth About Age research.

The McCann research presentation was terrific, but the highlight of the event for me, was a panel discussion with Samantha Barry, editor Glamour Magazine, Marta Kauffman, co-creator of “Grace and Frankie” (one of our favorite shows), and the awesome Jane Pauley.  The conversation centered around how presenting older women with positive images in TV and the media can change the perceptions of what it really means to age to people under 40. 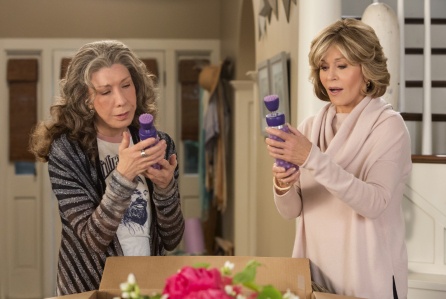 If we were giving out awards, Grace and Frankie gets the top award for changing aging stereotypes, while also being truthful about aging too.  Marta Kauffman had Jane Pauley in “mock shock” when she said their show has told the truth about vaginas that dry out, and pubic hair that falls out! “Things no one tells you.” And the great thing about the show is it now has a large young following and the characters, Grace (Jane Fonda) and Frankie (Lily Tomlin) have become style icons too!

And we loved Marta’s answer to the moderator’s last question, “What’s Your One Truth About Aging?”. Her response was “I don’t have to finish a book. If I don’t like it there are thousands of others.”

Can You See Us Now?

I definitely think there is a positive shift in the changing perceptions of aging. It’s not a seismic shift, but it’s a tremble. Shows like Grace and Frankie are leading the way. Marketers like L’Oreal who chose Helen Mirren as a brand ambassador and its kickass commercials featuring her, are a wonderful celebration of older women. And there are an increasing number of over 50 women bloggers and Tomatoes like us, who are celebrating our fabulousness. And there are millions of us fully living our lives every single day.  Hopefully those positive images and messages and real life truths, will start to seep into the culture so those under the age of 40 can stop being fearful of growing older, and instead want to be just like us when they grow up! 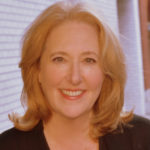 Cheryl Benton is Founder of The Three Tomatoes, a lifestyle guide that celebrates grownup women. She is also the author the novel, “Can You See Us Now?“.