I have just come from the most enjoyable and interesting exhibit at the New York Historical Society commemorating the life of President John F. Kennedy during his centennial year.  Our two guides were wonderful, the noted photo-journalist, Lawrence Schiller and the President’s nephew, Stephen Kennedy Smith.  Schiller  had been present during many of the occasions at which the photographs were taken and Smith,  of course, provided an inside view of President Kennedy as only a member of his family could.

The exhibition, one of the most exhaustively researched collections of Kennedy photos ever assembled, brings together images from the Kennedy Presidential Library, private collections and Kennedy family archives that capture public and private moments from Kennedy’s life.  Some of the photographs on display are iconic; others have rarely been seen. 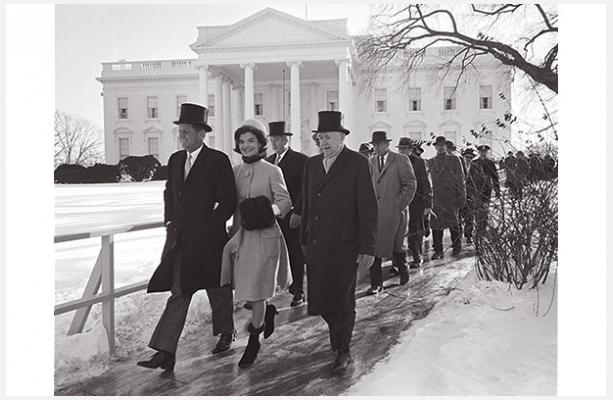 No politician was photographed as much as Kennedy—from his first congressional bid as a decorated war hero in 1946 and his fairy-tale wedding to Jacqueline Bouvier in 1953 to his run for the White House in 1960 and the tragedy of his death in 1963.

The finest documentary photographers of the period captured Kennedy during this time.

It’s on view until January 7th so you should definitely see it whether you remember President Kennedy from your own life or you’ve only heard about him.   Get the details.