An American in Paris and It Shoulda Been You 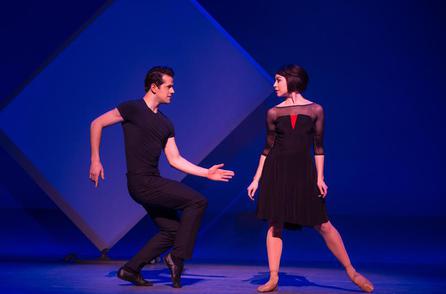 Romance is in the air on Broadway this season…And in today’s column I am writing about just two of the many shows celebrating that theme: From the supremely beautiful and evocative An American In Paris, to the fresh and clever musical comedy, It Shoulda Been You, the concept of following your truth in life and in love resonates throughout both these pieces. While an American in Paris transports you to the elegance of another era, It Shoulda Been You takes place in the present and will keep you laughing throughout the entire 100 minutes of the show, it’s just that funny.

While enjoying the show, I kept thinking about the years of training these performers must go through to get to the level of performance necessary to be cast. It clearly is a musical that is mainly dance, but the accomplished dancers must also sing very well. It’s an astonishing confluence of talents that the An American in Paris cast members must possess, and they all do it so well.

An American in Paris is simply a music and dance theatrical confection. With set and costume design by Bob Crowley and direction and choreography by Christopher Wheeldon, An American in Paris brings you back to another time and place using just about all of your senses. 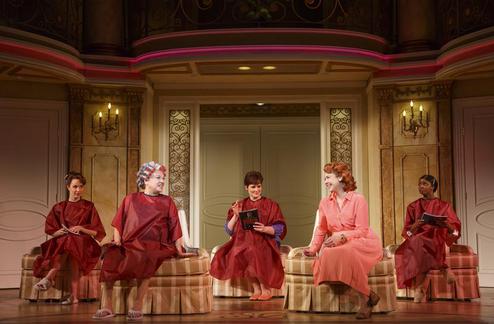 Catapulting us to the here and now is It Shoulda Been You. I did not know what to expect, but I was extremely delighted by what I saw. Funny, different and even poignant, I just adored this show. Is it about marriage? Why yes. Is it about families from different backgrounds coming together for the sake of the children? Absolutely, it is. Is it about real love and self acceptance? Without a doubt. The central character, Jenny Steinberg, played by the marvelous Lisa Howard, has issues about her size and her looks, thanks to dear ole mom (the always fab Tyne Daly) but luckily, she has a great sister on her side (the one getting married and well performed by Sierra Boggess. As the musical plot unfolds, things take a huge twist (it’s a surprise) and go in a different direction. Clever book and lyrics by Brian Hargove, with the concept and music by Barbara Anselmi, It Shoulda Been You is well written, crisp, funny, and musically captivating.

Directed by David Hyde Pierce, featuring character actors Josh Grissetti as the old boyfriend, Edward Hibbert as the wedding planner, Harriet Harris as the groom’s gin loving mother, and Chip Zien as the bride’s menschy father, along with Broadway darling Montego Glover as the bride’s best friend, and handsome and charming David Burtka as the groom.

There’s a lot of family “mishegas” in It Shoulda Been You, but luckily, it’s not your family. You can just watch, enjoy and not worry about a thing!