Are You With Me America?

Since the Independence Day weekend is upon us, and we celebrate freedom, I am going to take this opportunity to express my freedom…to lodge a complaint and ask a question.

In this age of instant worldwide connection, why is it that people still lack the ability to communicate?

Of late, I have noticed that people simply don’t take the time to read and comprehend. In the past few days alone, I have sent clear business emails and received responses indicating that the note was hastily read. And these responses are from people in the communications industry-public relations!

Back and forth we go, like a see-saw. It’s maddening.

And I’ll tell you why I think it’s gotten to be such a problem. Because they can, people are reading their emails walking down the street, at a subway stop, sometimes in a car. It’s a quick look and then they fill in the blanks.

I feel compelled to make this observation because yesterday a response to a simple email that I wrote created so much confusion that it prompted two phone calls (which now involved a third party) and the need to ask questions to clarify the response to my query.

All that needed to be done was for the individual to read the entire email and not skim it or just get the first sentence.

As we celebrate Independence Day, I am suggesting we be free from the quick skim, and take the time to read! Are you with me, America?

Now, on with the festivities! 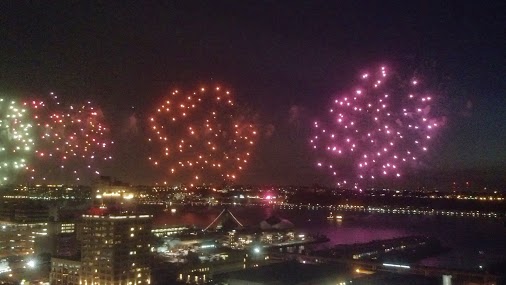