Art. Broadway. Food. What else do you need?

Restaurants are generally known for their food, atmosphere and service. But what about a restaurant showcasing original art with a theme, celebrating a very special community in New York City?

There is a beloved eatery in Times Square where families, large groups, and couples happily go to dine, before, after and during theatre.

The restaurant is Tony’s di Napoli, located on West 43 Street between 6th and Broadway. What you may not know about Tony’s is that more than 60 original portraits of Broadway celebrities grace the walls throughout the perimeter of the main dining room.

Tony’s “Broadway Wall of Fame” has been featuring stars of Broadway shows for 16 years with original and realistic portraits of entertainers like Chita Rivera (the first one), Hugh Jackman, Bernadette Peters, Lin-Manuel Miranda and dozens more. And just last week, the very latest Broadway luminary to be honored was Tony Award nominated favorite performer Andy Karl, for his role as Phil Connors in Groundhog Day, The Musical. 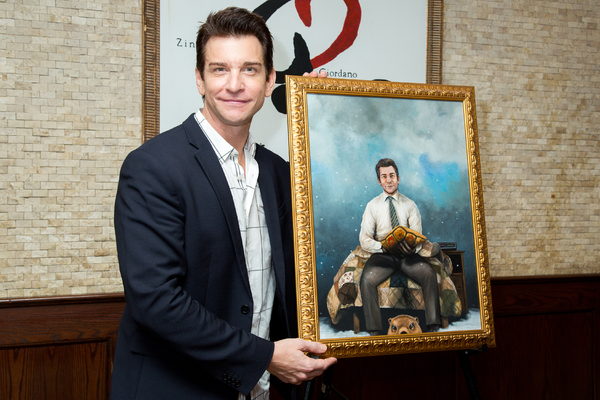 In addition to the unveiling, which included a festive dinner party for Andy and the cast and crew of Groundhog Day, Tony’s celebrated Andy’s birthday with a spectacular birthday cake. 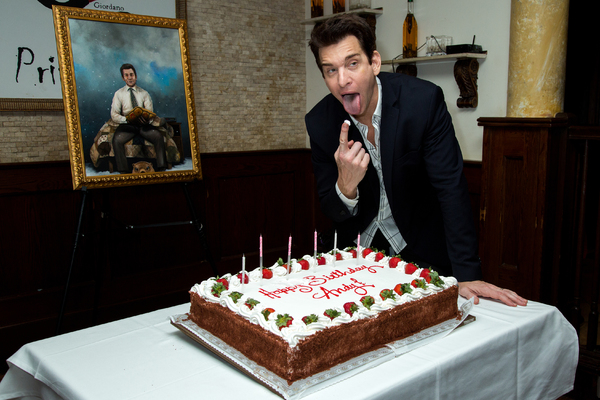 Every original portrait on the “Broadway Wall of Fame” is created and painted by celebrated artist Dan May. Posters generated from the portrait are signed by each honoree and donated to Broadway Cares/Equity Fights Aids to be auctioned off at a later date.

Andy may be ending his run as the grumpy weatherman in Groundhog Day when it closes next month, but the delightful portrait of his character (complete with a groundhog) will live on at Tony’s and the “Broadway Wall of Fame.”