If you’re looking for bargain travel, think Norway. Everyone has heard about the dramatic decline of the dollar against the euro. In less than a year, the dollar has become about 20% stronger than the euro. However, in other European countries, it has gotten even cheaper. The Norwegian Krone has declined close to 30% against the dollar. If you think Paris, Spain or Italy is on sale, Norway is reaching bargain-basement prices at a level we have not seen in 15 years.

With the decline in the euro, people have been flocking to Europe. However, airlines have taken advantage and raised prices significantly from last summer. Finding an airfare from North America to Spain, Italy, Paris or Germany under $1,500 is not going to be an easy task. However, two good low-cost airlines serve Norway. One is Norwegian Air and the other is Iceland Air. Norwegian Air flies an ultra-modern fleet of 787 Dreamliners while Iceland Air offers flyers free stopovers in Iceland. Both airlines offer super-low fares to Norway that can easily be found for under $1,000, even in the peak summer season. In fact, I have found I can fly either of these carriers in premium economy or business class for less than economy coach in airlines like American, Delta, or United.

But there other reasons for visiting Norway other than it being a bargain. Who wants to deal with the oppressive heat of Italy in the summer? How about those massive crowds in Madrid? Why would anyone want to wait in line for hours to get into the Louvre? Norway in the summer is like Mother Nature having turned on her outdoor air conditioner. The average high temperature in Oslo tops out at about 70 degrees in the summer. I find it to be more relaxed and less hectic than most other European cities too.

Norway perfectly mixes modern art and culture with stunning natural beauty. Oslo has great hotels while featuring terrific restaurants, shops, and museums. Bergen has an old colorful seaside charm. The fjords, mountains, and waterfalls scattering the countryside are perhaps the most breathtaking I have ever seen.

Now is the time to “Let It Go” and live your “Frozen” dreams with a trip to Norway. You will love it and your budget will too.

Professor Steve Solosky is the author of The Traveling Professor’s Guide to Paris. He leads small group tours to Paris, Italy, Norway, and Peru. His website is www.travelingprofessor.com 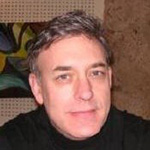 Stephen Solosky, The Traveling Professor.
Here's my story - about 15 years ago I started traveling to Paris on my own. Since I am a meticulous note taker, I wrote down everything a traveler to Paris might want to know: hotels, attractions, restaurants, transportation, packing, hidden secrets, money saving ideas, travel tips and more. Soon afterwards, civic organizations and continuing education programs invited me to present programs on Paris travel. At those presentations I handed out my travel notes. They told me I should turn those notes into a book, so in 2009 I published "The Traveling Professor's Guide to Paris". It became a best-seller. Readers from all over the country asked me to take them to Paris and voila! - my tour business was born. They enjoyed my small group tours for adults to Paris so much they wanted more. I have since retired from being a professor in the State University of New York system and added tours to Italy, Spain, Peru & Machu Picchu.