Beautiful Jewelry, a Great Cause, and Enter to Win Earrings

Summer is just around the corner and with it will come ticks that now carry more than Lyme disease. In fact, the New York, Eastern region is expecting a higher than average year of infestation in 2021.

My good friend’s daughter, Jake, has been valiantly battling a debilitating case of bartonellosis, an infection with Bartonella, for a few years. Bartonella is often associated with Lyme disease but scientists are now learning that Bartonella on its own can make some people very sick. Bartonella is likely transmitted by ticks as well as fleas and other biting insects.

Instead of giving into the limitations this scourge has caused, interrupting the life of a beautiful young woman in her prime, Jake has kept her joie de vie and sense of humor, as is evident in the YouTube channel Bartonella Babe she started to help both bring forth attention and educate others.

Never one to give up or give in, Jake has created a brand new line of earrings on Etsy. I wanted to be first in line and purchased a pair with Aqua that I am donating to The Three Tomatoes for a give away. ENTER BELOW FOR A CHANGE TO WIN THESE.

There are lots of color choices, aqua, pink, purple and black to complement your wardrobe. I encourage you to be on board at only $28.00, plus tax, with free shipping to the continental USA. Shop Now.

She also has created Bartonella Babe apparel featuring t-shirts, sweatshirts, and hoodies. 25% of all proceeds benefit Bartonella research at the North Carolina State University College of Veterinary Medicine. Here is the link to the Bartonella Babe merchandise store 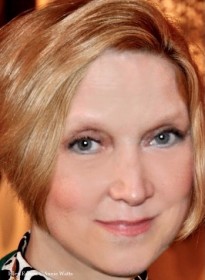