Beyond the Blue Seranade﻿

A Lyrical Love Story and a Passion Too Hot Not to Flame Out,
Set Against The Backdrop Of The Tumultuous 1970s. 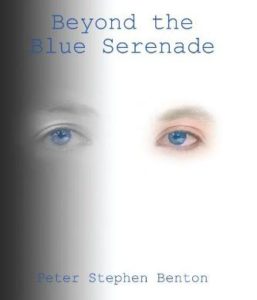 On the surface, Beyond the Blue Serenade is a passionate steamy summer read, with a little mystery and intrigue thrown in to boot. But beneath the surface there is also the story of a man spiraling into a deep depression and his struggle to get to the other side.

“A Jukebox full of memories” embellishes the story of Barry Parker, a young attorney whose career in the late 1970s is on the rise at the same time that his marriage is in decline. While he adores his two young children, he finds himself obsessively drawn to a co-worker, Melanie Granski, and an affair ensues. Ultimately he separates from his wife, and begins what he hopes to be a lifetime of happiness with Melanie. Despite the guilt he feels about his children, and the pressure of his ex-wife’s Mafia uncle, who draws him into a plan to use his position at the insurance company he works for to influence the outcome of a Cosa Nostra lawsuit, Barry creates a cocoon of love that envelopes him and his beloved Melanie. Barry’s happily ever after comes into question when one day Melanie abruptly announces she’s accepted a job in Boston and will commute back to their apartment in Hartford on the weekends.

As the story continues to unfold, Barry’s behavior becomes increasingly erratic as Melanie becomes more distant and enigmatic, the guilt of leaving his family takes its toll, and the pressure from the mob and the FBI comes barreling down on him. His depression and anxiety take him to the brink of suicide, and to a psychiatrist who helps Barry start to appreciate his own self-worth – a brave topic not usually covered by male writers.

His blind spot however, continues to be his unflagging love for Melanie. In one of the novels many beautiful lyrical lines of prose, the author writes, “With Melanie, Barry had heard the rapture of a rare and precious love song with lyrics so intimate and a melody so sweet that it could only have been felt, but never heard…Melanie was his love song.”

As beautifully romantic as that phrase is, the reader, particularly female readers, will find themselves feeling that Melanie is totally undeserving of Barry’s depth of love, while at the same time understanding the feeling of suffocation of this kind of love.

This is a long novel – close to 800 pages (fire up the Kindle for beach reading) – and the story would have moved along more fluidly with some editing. That said, every page of Peter Stephen Benton’s novel is beautifully written and there are many passages that read like poetry and music that will give you pause to re-read and take in the artistry of the words.

To buy Beyond the Blue Seranade and learn more about the author, visit www.peterstephenbenton.com