The ancient game of Bocce ball has seen a recent surge of interest and can be found at many restaurants as well as in homes. Its origins date back to early Egypt but one form or another of this ball throwing game can be found throughout the ages. Fun fact, from the first days of the game in ancient Europe, it was popular amongst the nobility and peasants, but those Kings back in the day felt it was taking time from military games and was banned in many countries. Luckily for us Bocce came to America via the English version called bowls from the French word boule-meaning ball. In accord with how the game was played in Britain, American players threw the ball not on stone dust (as is done today in bocce) but on close-cropped grass which some say is the origin of the modern lawn. I find it a bit of a challenge honestly, guess it’s time to visit some of these fun venues.

Following are three spots where you can burn calories before and after your meal! 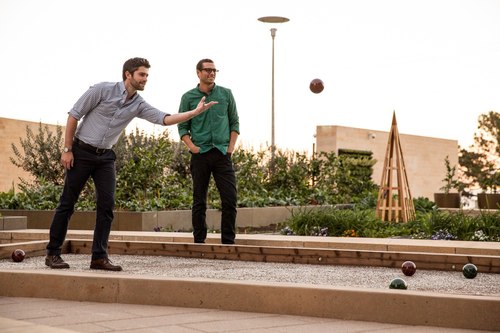 This mission bay restaurant gives diners and amateur athletes, a wide variety of options to enjoy the wide expanse of bay views. Heated terrace, garden plaza and fire pits enhance the dining experience. Dishes feature seasonal local produce, much of which is grown in the garden. The entire menu is based on local ingredients, humane raised meat and seafood that meet Monterey Bay Seafood Watch sustainability guidelines.  Bocce court is available on a first-come-first served basis. Having eaten here, I know the food is fresh and delicious and has amazing vegetarian options as well! 499 Illinois Street. Get the details. 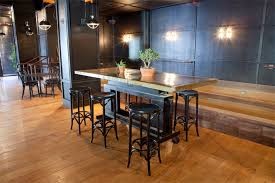 More a bar than a restaurant, Make Westing is located in the thriving uptown Oakland district, close to the Fox Theatre. The energy is palpable yet the vibe is low key. A great place to gather for cocktails and light bites. Again, Bocce is on a first-come-first served basis, but the courts can be rented for those serious players! 1741 Telegraph Avenue. Oakland.  Get the details. 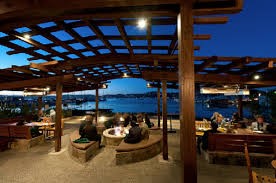 Just a short hop over the Golden Gate Bridge is another Bocce Restaurant with an unparalleled view. The outdoor setting has a fire pit and offers panoramic views of Richardson Bay. The menu offers yummy pizzas, fresh appetizers and creative entrees. Great way to chill, sip, sup and play! 1250 Bridgeway, Sausalito. Get the details. 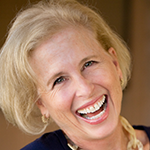 Kim Selby, the SF life editor of The Three Tomatoes, is your gal for info on what’s hot and happening in the beautiful bay area. Having lived on the Left Coast for 27 years, after almost a decade in NYC, she has explored and continues to have adventures all over the San Francisco area. Passionate about fashion, formerly with GLAMOUR magazine and Fashion Director at Saks Fifth Avenue , Palo Alto, Kim produced fashion shows in the bay area for over 20 years. She now creates events to empower, delight and inspire women, aka “Tomatoes”. Visit her Website: www.kim-selby.com