Brian Stokes Mitchell at Café Carlyle & Feinstein at 54 Below 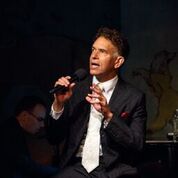 Brian Stokes Mitchell at Café Carlyle & Feinstein at 54 Below

What separates the men from the boys is apparent as soon as Stokes stepped onto the small elegant stage at Café Carlyle for his debut on September 15th. The musical powerhouse of style and refinement is embodied in this Tony winning Broadway genius brimming with joy and a vocal prowess that clearly sets him apart.

From the get-go, his opening Berlin’s ‘There’s No Business Like Show Business” is an exciting arrangement in various tempos of whimsicality accounting for how Stokes does play with music making for originality and unending imagination.  He continues to play on “Gesticulate” (from Kismet), a list song, adding the fun of childlike gestures, and although excited and terrified (Stokes’ words) not a single error to be heard.

One of the evening’s highlights is the touching twosome arrangement of “By Myself” (Schwartz/Dietz) melded with “I Won’t Send Roses” (Herman) showing off a vocal depth and sweet falsetto of joy. And while we’re on the topic of joy, that’s how Stokes presents the entire evening of song – with great emotional joy and passion, enhanced by theatricality that feels au natural. 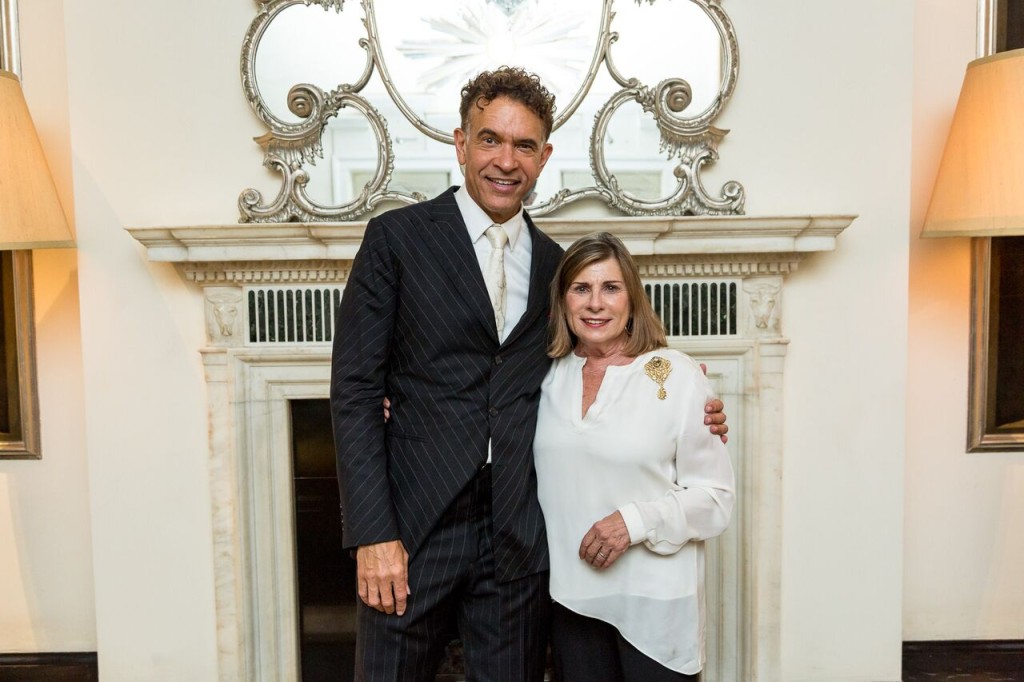 The essence of who he is . . . a romantic, a lover, a husband, a father, a son . . . all ever present as he gives voice to the familiar (“If Ever I Would Leave You” – Loewe/Lerner; “The Windmills of Your Mind” (Bergmans/Legrand)), and the unfamiliar “A Wizard Everyday” (by new songwriters Liz Suggs & Nikko Benson) – “a kinda Halloween song,” says Stokes, allowing for his multi-talents and playfulness to shine.  In between, he’ll pick up a Melodica and play it accessorizing his singing, or sit down at the piano to accompany himself.

From Sondheim to Ahrens & Flaherty, the evening unfolds in sheer brilliance, Stokes unafraid of showing his vulnerabilities at every turn, while long-time collaborator Musical Director Tedd Firth, accompanies him at the piano, along with Gary Haase on bass and Mark McLean on drums.

Michael Feinstein Joins Forces with 54 Below 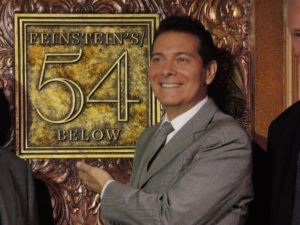 The formal announcement of the coming together of the inimitable Michael Feinstein and New York’s popular nightclub 54 Below, was made on Thursday September 17th at the club. Michael Feinstein, Ambassador of the Great American Songbook, seeking a New York home after the closing of Feinstein’s at the Regency, couldn’t have landed in a better spot than at the elegant, classically designed state-of-the art nightclub that provides some of the best talent and cuisine, together with an impeccable sound system.

Feinstein is a multi-platinum selling entertainer and the proud recipient of five Grammy Award nominations, added to his PBS-TV special Emmy nomination. He brings his talent to 54 Below for six weeks a year beginning December 20th thru 30th while still maintaining his presence in his partnership at San Francisco’s Nikko Hotel – Feinstein’s at the Nikko. Along with Michael, comes his longtime friend and associate John Iachetti (formerly General Manager at Feinstein’s at the Regency) assuming the role as General Manager of restaurant operations at Feinstein’s/54 Below.

Exciting times ahead according to the 54 Below partners and Feinstein who had lots to say, including a peek into what Mr. Feinstein might be singing during his residency at the newly named nightclub. (see video)  www.Feinstein’s/54Below.com