The Broadway Community and Pride

A yearly event that showcases incredible Broadway talent and benefits LGBTQ equality through song, is happening once again this Monday, June 26.

It’s the 7th annual Broadway Sings for Pride, titled, Unstoppable, and will feature performances by country music star Chely Wright, Brad Oscar (Something Rotten!, The Producers), Will Roland (Dear Evan Hansen), Sarah Styles (Hand to God), Frenchie Davis (Rent, The Voice), and many, many others, along with casts from Kinky Boots, The Lion King, Jersey Boys and a special reunion with members of The Wiz. 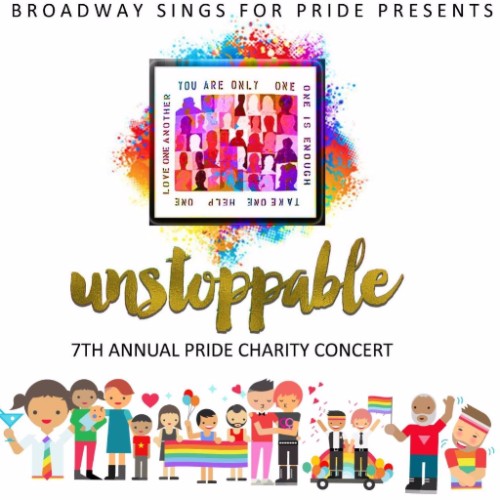 Produced by activist and humanitarian Neal Bennington, each year Broadway Sings for Pride presents a cavalcade of outstanding performers. This year’s concert will benefit The Tyler Clementi Foundation and The Contigo Fund, which was formed after the Pulse Nightclub tragedy in Orlando.

Hosted by actor and lifestyle blogger Tommy DiDario, this special entertaining and fundraising evening will take place at the JCC, 334 Amsterdam Ave at 76th Street. Tickets are still available. Go to www.broadwaysingsforpride.com