I walked away from the one-man show, John Lithgow: Stories by Heart, with two over-riding thoughts. 1. This show is truly a master class for actors. Mr. Lithgow is a stunning performer, and anyone interested in performance must see this piece for his artistry alone. 2. John Lithgow, the writer and performer of the play, comes across as a very nice human being.

He has a gentle quality about him, a warm and human sensibility. When a cell phone rang insistently during his monologue, he took the opportunity to make note of the call, but stay in character in a most clever and genteel way.

John commands the stage as he tells the story of his family, specifically his father, and the special relationship that they had. His father was a theatre professional himself, and so it was natural for him to enjoy being a storyteller, reading from a book of classic tales to his children every night. 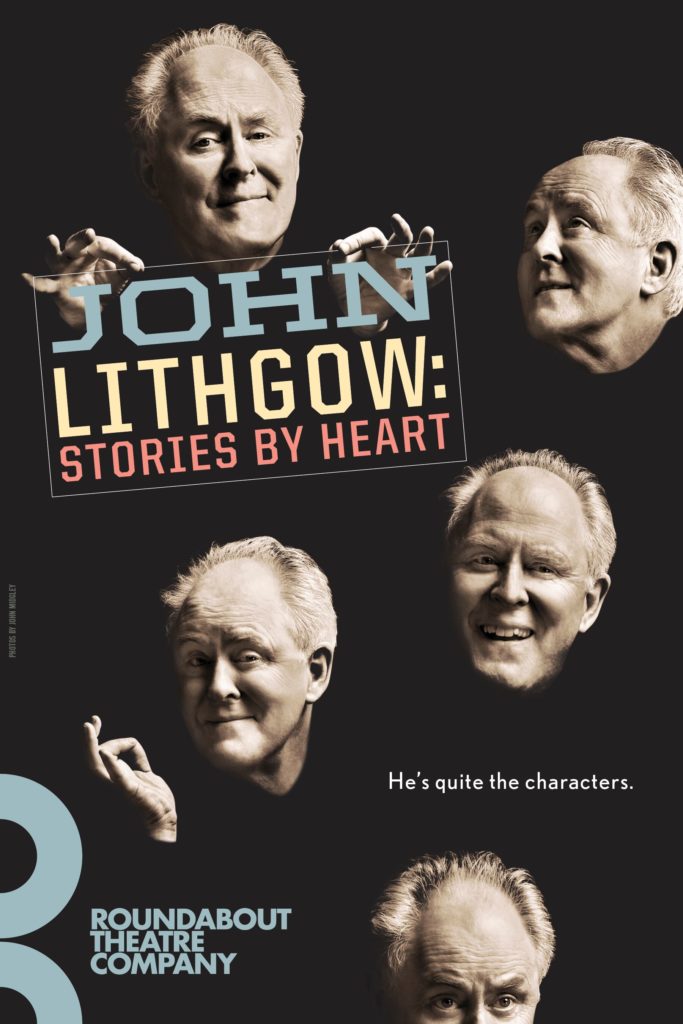 As his robust father aged, he experienced a health issue and underwent surgery in his 80’s.  Following the procedure, he became frail, needed assistance in his daily routines, became removed from life and depressed. John, who was in between gigs, flew to his parent’s home in Amherst, Mass. to help. His dad’s frailty was getting worse, and John tried everything to keep him stable and engaged.

Frustrated by his inability to help his father, he remembered the weathered book of stories in their family library, dusted it off, and started reading to his parents. Soon, his father began to rally, came out of his depression, and would even laugh. 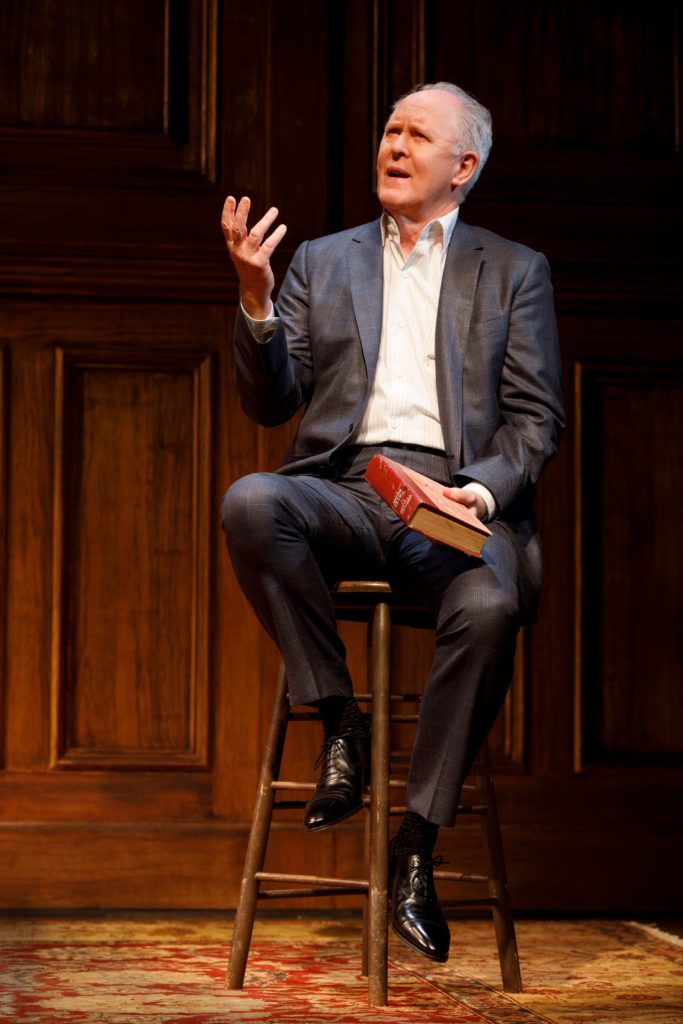 That is the framework for this piece directed by Daniel Sullivan. In each act, Lithgow chooses a story from the book and acts it out. In the first act, he performs “Haircut” by Ring Lardner, and in the second act, “Uncle Fred Flits By” by PG Wodehouse. Lithgow adapted these tales for the stage.

Each story that he performs is complete with excellent mime, accents, and brilliant acting.

Thus, the reason for the aforementioned comment about this play being a master class for actors.

The only downside of this fabulous performance is that the stories are quite long. The show runs two hours with one intermission.

But what a treat it is to see this accomplished actor in action. John Lithgow: Stories By Heart runs through March 4.

Get details and tickets.