Pack your bag and get ready to go. August hosts some of the year’s most exciting events. Out west, Nevada’s third largest city rises from the dusty desert into Burning Man, a humongous social gathering for only one week that grows yearly by the thousands. I too am a Tomato and I have often wondered, “Should I try Burning Man? Is it something everyone can enjoy or is it really as crazy and wild as the media often represents?”

I asked a friend of a friend who claims he is friends with one of the original group in 1986 who created a spectacular bonfire celebrating the Summer Solstice on Baker Beach in San Francisco, California. The story goes that they burned a 9-foot wooden man and a smaller wooden dog, which was actually the precursor to what became the Burning Man Festival.

When I asked him what it was like actually being there, and suggested that I was thinking of going, he responded, “Don’t you think you’re a bit too…?”

“Uhm, okay,” he shrugged and walked away. 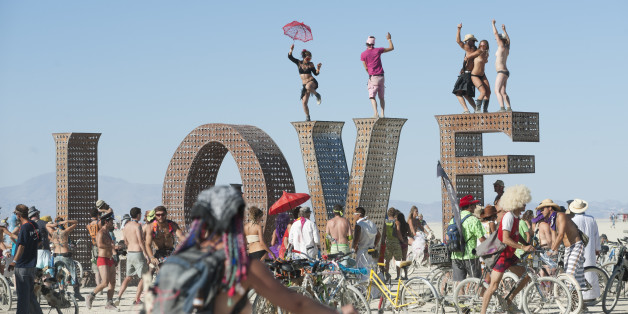 Tomatoes, have you ever considered going to Burning Man? It is coming up August 27 – September 4, 2017 in the Black Rock Desert, Nevada. Everyone joins in creating Black Rock City, a temporary metropolis dedicated to art and community. Burning Man is not your usual art or music festival; it is more like a tribute to living creatively with a philosophical intent and purpose. I feel it is really all about creating something wonderful out of nothing much.

The Burning Man Project is actually a 501 c (3) non-profit organization headquartered in San Francisco. Its mission “is to facilitate and extend the culture that has issued from the Burning Man event into the larger world.” People from every background and culture come together to become part of a temporary, yet impressionably long lasting, experience.  Burning Man’s ten principles are inclusion, gifting, no commercial endorsements, self-reliance, self-expression, communal effort, civic responsibility, leave no trace behind, participate, and immediacy.

In all reality, Burning Man might not be high on all Tomatoes’ Bucket Lists, but if there is even one person who reads this column and says, “Why not? I’ll go see what it’s about once in my lifetime,” then I have achieved my purpose here. You and I are not too anything. We are just right.  The tag line on their website (https://burningman.org/) says it all: “A city in the desert. A culture of possibility. A network of dreamers and doers.”