The story of M. Butterfly, by David Henry Hwang, was likely much more shocking when the original production hit Broadway in 1988. Now, the current revival, directed by Julie Taymor, is just curious.

The story certainly draws you in, as it calls upon Giacomo Puccini’s classic opera Madama Butterfly, which centers around the love affair between a Japanese woman and an American officer.

In M. Butterfly, the opera’s themes are challenged, as issues of race relations, east versus west mentalities and cultures are examined. But M. Butterfly provokes us further to consider concepts of gender fluidity, sexuality and what sparks love between two people. 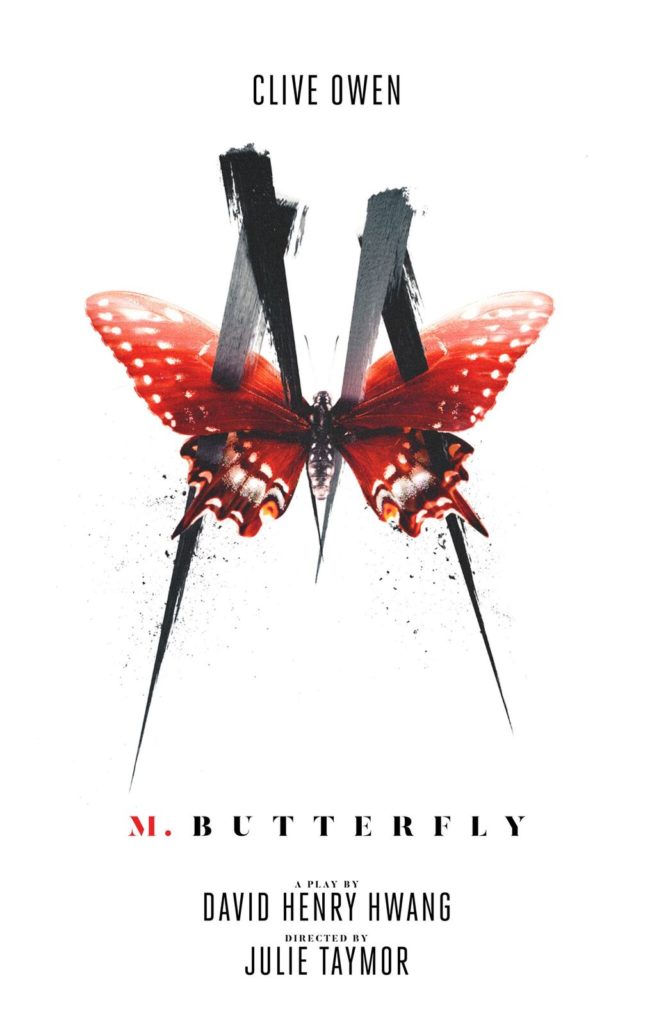 The play begins in 1986 Paris in a prison cell with Rene Gallimard (Clive Owen) in confinement, banished for treason. But Rene is content to live in the memory of his love of “the perfect woman” that he thought he had found.

The story is then told to the audience by Rene and by the object of his desire, Song Liling, played by the fabulous Jin Ha, who did a terrific job in this complicated role.

How did Rene become imprisoned for treason? What prompted him to become obsessed with Song Liling?

Well, Rene is a man who lives a rather mundane life seeking fiery excitement. Smitten by the opera (especially Madama Butterfly) he is looking to find the passion that exists in the opera’s story. Rene, who is French,  lives in Peking with his wife, working as a foreign diplomat. He goes to the opera, where a petite individual performs, and Rene is carried away.

In the Chinese opera, men play women, so it would make perfect sense that this person is a man. But Song Liling  convinces Rene otherwise. Although born a girl, she explains, she was forced to dress and act like a boy. In private, she dresses like a woman.

So, (to provide a little clarity)  Song is representing herself as a woman who pretends to be a man in public, and when performing a role in the opera, but actually is a woman in real life.

The truth is, Song is a man, and also a spy, feeding classified information that he extracts from his western lover to the Chinese government. Yes, Rene and Song become lovers and are beginning to fall in love. 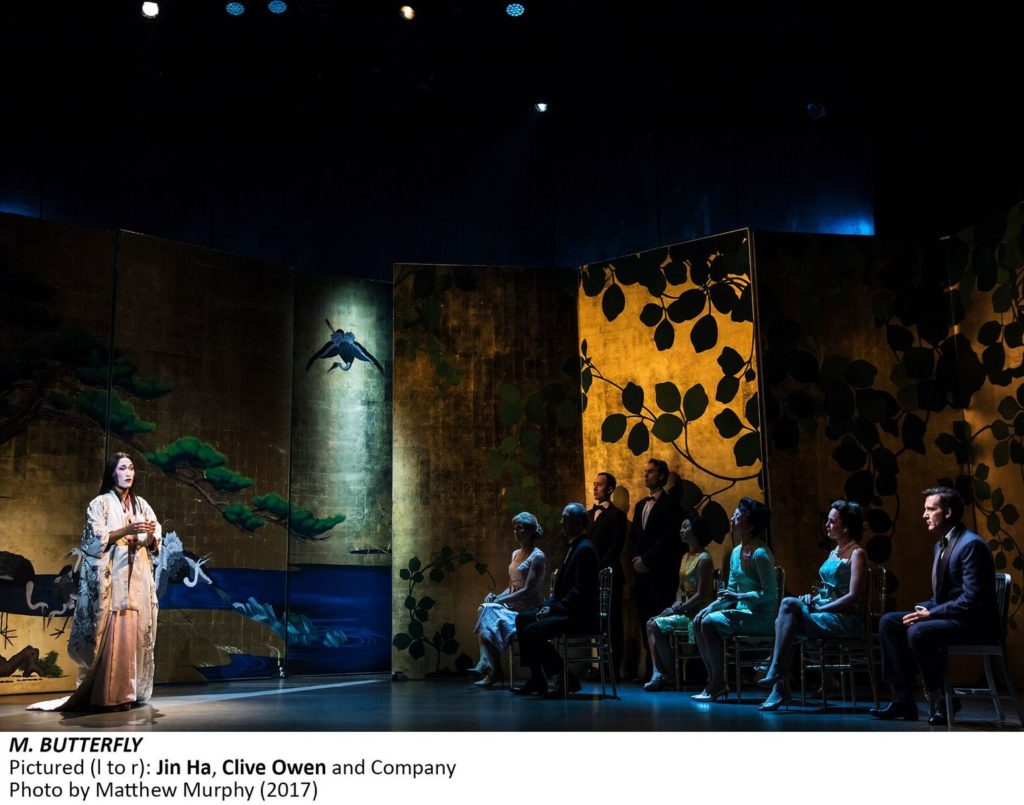 In this production, there are a few flashes of humor, but overall, it is a dark piece.
There have been some re-writes for this revival. I’m not sure they make sense, and not sure whether the direction and staging work.

Clive Owens seemed a little bit like he was operating on one note throughout most of the piece.The passion between the two should be pulsatingly electric, but instead it was polite.

There are awkward moments too. A lot of attention is paid to the opera and dance excerpts at the Chinese Opera performed throughout M. Butterfly. They are too long and somewhat over produced, and the audience didn’t seem to know whether to applaud or not.

Overall, I enjoyed M. Butterfly and was totally intrigued by the complicated story. However, somehow, this version of M. Butterfly did not quite take flight.