Mountains of evidence reveal that cardio exercise promotes longevity, but it can be confusing to sort out all the latest studies that compare lifestyles and life spans. Some have looked at how you move vs. how much you sit; others at counting total steps vs. number of steps per minute (indicating intensity); still others at accumulating minutes of moderate activity vs. alternating brief periods of high intensity activity with rest periods, known as High Intensity Interval Training (HIIT),

The 10,000 steps per day target formerly touted as the gold standard in step count, has been revealed to have no scientific basis.  It was actually developed as amarketing ploy by a 1960’s Japanese campaign promoting pedometers.  Recent studies have examined more accurate step counts for heart health and longevity.

While pandemic restrictions have slowed many of us down, leading to a reported 27% decline in daily steps by the end of the first month, just 4,000 extra steps a day, even around your living room, reduces your risk of heart disease by 50%. A study sponsored by the NIH and CDC (published in March 2020) grouped participants using 4,000 step increments. They found that people who averaged about 8,000 steps a day were half as likely to die from heart disease as people accumulating 4,000 steps or fewer; while those who completed at least 12,000 steps daily were 65% less likely to die than those in the 4,000-or-less group. There was no significant association between speed of steps (intensity) and mortality.

Four thousand step increments show up again. Another study of 17,000 older women, average age 72, found that those who took about 4,000 steps per day lived longer compared with women who took fewer steps.  Sponsored by Brigham and Women’s Hospital and published in JAMA Internal Medicine, women who averaged 4,400 steps a day were about 40% less likely to die during the follow-up four-year period compared with women who took 2,700 steps. Surprisingly, the benefits of walking maxed out at about 7,500 steps, meaning those who walked more saw no additional increase in longevity.

Multiple studies conclude that the perils of prolonged sitting can be counteracted with physical activity, but in varying amounts. Some research has suggested that it is not enough to go for a 30-minute stroll after dinner most days (as is the standard exercise recommendation) to offset the health risks of sitting for eight hours at work. However, the British Journal of Sports Medicine devoted a special issue examining the World Health Organization’s updated physical activity guidelines (published in November 2020), and found that if you pick up the pace and walk briskly for 35 minutes a day, you will live longer, regardless of how many hours you spend sitting.

Exercise snacking, doing brief minutes or even just 20-second bursts of exercise several times a day, leads to significant gains in fitness and overall health. A study at University of British Columbia showed that 20-second snacks of exercise increased aerobic fitness.  For 6 weeks, the participants raced up three flights of stairs three times a day for three days a week and gained 5% in aerobic fitness, as well as improvements in leg power. Again, the key to getting the benefit of brief exercise is to pick up the pace.

Higher intensity interval training (HIIT) workouts consist of quick bursts of all-out effort, followed by rest, with the sequence repeated multiple times. While this type of training has been traditionally more suitable to athletes than to the general population, new studies show that we all can benefit, even out-of-shape, older adults. These workouts typically produce gains in fitness and heart health equal to or more pronounced than much longer, gentler workouts.

In a study published in December 2020 in Medicine & Science in Sports & Exercise, 39 men and women aged 50 to 68 who were sedentary but healthy, completed brief interval workouts on a stationary bike three times a week. The workouts consisted of intense four-second intervals followed by 56 seconds of rest for a total of 15 sequences (about 60 seconds of active exercise or 15 minutes total, including the rest periods).  At the end of eight weeks, the riders had increased the number of sprints and reduced the periods of rest.  More significantly, they had increased their fitness measures by about 10 percent, gained muscle mass and strength in their legs, reduced the stiffness in their arteries and outperformed their previous activities of daily living, all from about three to six minutes a week of actual exercise.

Medical experts suggest that you engage in HIIT no more than three times a week to avoid over-straining the muscles and cardiovascular system.

Moderate physical activity guidelines recommend a minimum of 30 minutes at least five days of the week to reduce your risk of chronic disease, like heart disease and diabetes. Exercise scientists at the University of Guelph, in Ontario, studied both HIIT and moderate exercise in adult sedentary, overweight men and concluded that intervals and traditional exercise alter our bodies differently. Frequent, almost-daily moderate exercise may be preferable for improving blood pressure and blood-sugar control while HIIT is likely to get you in shape as effectively as hours of more moderate exercise.

Conclusion: What does all this mean for you? 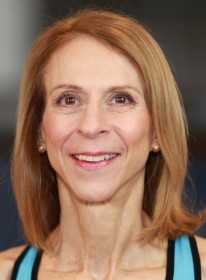 Joan Pagano is the author of best-selling fitness books, including the new release Strength Training Exercises for Women (DK, 2014), an informational speaker on health and fitness topics and the owner of Joan Pagano Fitness in New York City. Former trainer to Jacqueline Onassis and Caroline Kennedy, Joan has specialized in strength training for women since 1988. She is an authority on the benefits of exercise for women's health issues such as menopause, osteoporosis and breast cancer, as well as strength training through the decades. Joan is the proud finisher of seven marathons and a member of the Shaker Heights High School Alumni Hall of Fame.