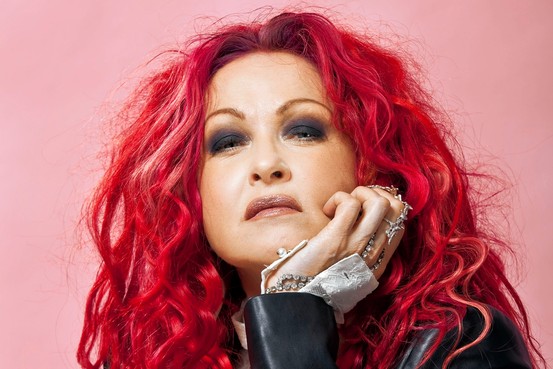 Cyndi Lauper will forever be known as that crazy girl dancing down the New York City streets in the 1983 video for “Girls Just Wanna Have Fun.” Or any number of pop-themed MTV offerings.

Before “Girls,” some of us knew her as the frontwoman for the rockabilly group, Blue Angel. Then came her 80s heyday, where her vocals often competed with her videos, outfits and quirky personality. But those chops were always undeniable – and still are.

In recent years, Cyndi has dipped into a bunch of musical genres. In 2010, she did Memphis Blues (winning a Grammy). She nabbed a Tony for the music for Kinky Boots (and is reportedly at work on another musical). She’s dabbled in everything from reggae to folk, and now comes her plunge into the country music genre with the new album, Detour. 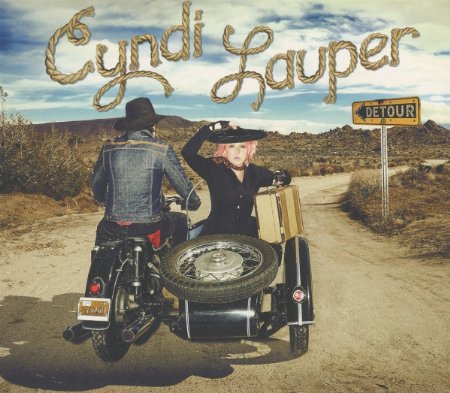 Lauper recalls first hearing Cline when she was a kid, watching the Arthur Godfrey show with her grandmother. Cline was a contestant on the talent portion, and captivated the youngster. During her 80s heyday, she avoided going out and being swarmed by fans, preferring to stay in her apartment and sing along to Cline’s hits. On Detour, she covers “I Fall to Pieces” and “Walkin’ After Midnight.”

On “I Want to Be a Cowboy’s Sweetheart,” she pays homage to Patsy Montana, who, in 1935, recorded the first country single by a woman that sold over a million copies. Rockabilly queen Wanda Jackson also gets props with Lauper’s take on her 1961 hit “Funnel of Love” (which is slightly reminiscent of Lauper’s 80s pop hits – and not just because of the pink hair).

Over the years, Lauper’s style has grown richer and even more nimble. With Detour, it’s great to hear her take on selections from the Great Country Songbook. After all, she’s still so unusual.

P..S. While we’re on the subject on some interesting new albums to sample, check out our posts on the latest offerings fromIggy Pop, Alison Moyet,Mudcrutch, Weezer, and Snarky Puppy.
*****

CultureSonar is a fun website for grownups to find cool music, film, books, dance, art and other worthy things. There’s a big group of people who are as open as ever to new experiences, but whose lives are a bit more, well, complicated than before. You know the drill: work, families, obligations and all that. Finding the time and headspace for the arts isn’t as simple as it used to be. Plus, there’s just so much new stuff being released pretty much every day. It’s impossible to stay on top of it all. CultureSonar hopes to make things easier on you by creating short news updates on stuff we think you’ll like.