When choosing a Broadway show to attend, sometimes, it’s good to just pick something that is light, airy and doesn’t require any heavy lifting on the part of the audience. In other words, a romantic comedy musical. With that in mind, I recommend you set sail for Dames at Sea, now at the Helen Hayes Theatre.

Dames is the musical credited for launching the career of Bernadette Peters in the late 1960’s off- Broadway run. Now for the first time on the Broadway stage, you can enjoy this adorable parody of a lavish 1930’s musical, where there is always a diva, a young fresh faced kid off the bus from the mid west and a brewing romance between a chorus girl and a military man.

The plot is kind of thin, but no matter, the star of this show is the incredible tap dancing numbers showcasing awesome talent.

Dames at Sea kicks off with credits rolling on a screen in black and white, as if we were about to see a film. It gets you in the proper mood right away.
Think words like “swell” and phrases like “gee whiz” that might be peppered about the dialogue.

In this production, you can expect an astounding performance by Lesli Margherita as the delicious Mona Kent. Lesli has a powerhouse voice and is an accomplished dancer.  Eloise Krupp plays Ruby, the young woman from Utah, desperate to get on a Broadway stage, and is a tap-dancing phenom,  and Mara Davi is perfect as Joan, the confident chorus girl who also gets the guy. 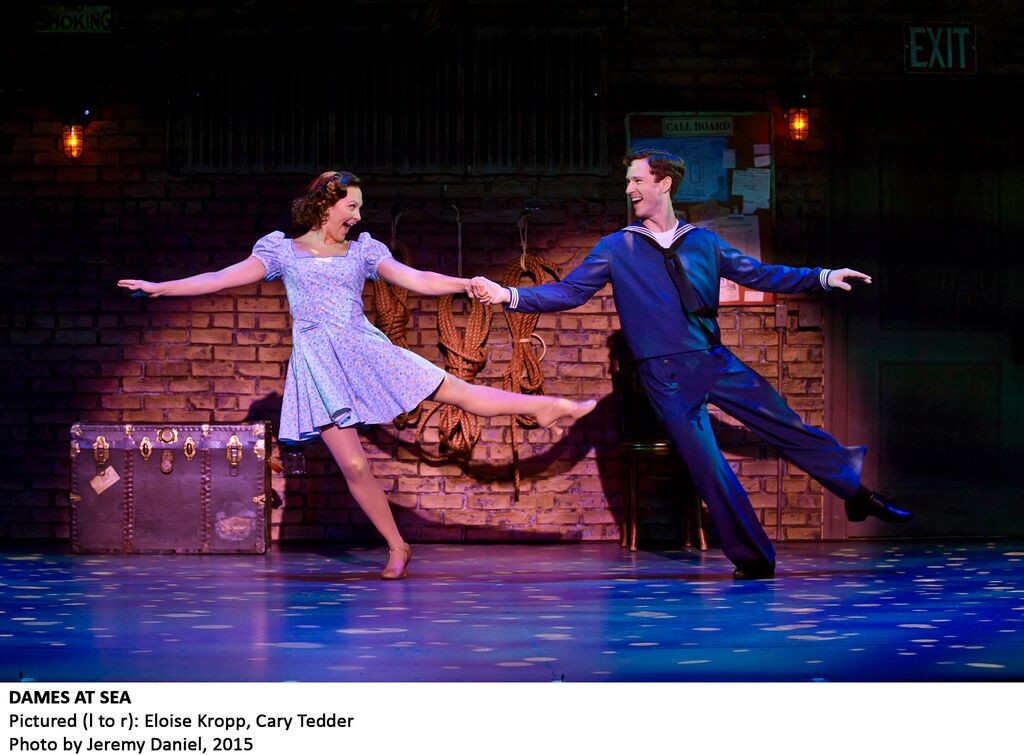 John Bolton, Danny Gardner and Cary Tedder are the three great male counterparts to the ladies.
With book and lyrics by George Haimsohn and Robin Miller and music by Jim Wise, Dames At Sea happily showcases the little seen art of tap dance. Randy Skinner is director and choreographer. The story is predictable, but nonetheless super fun. 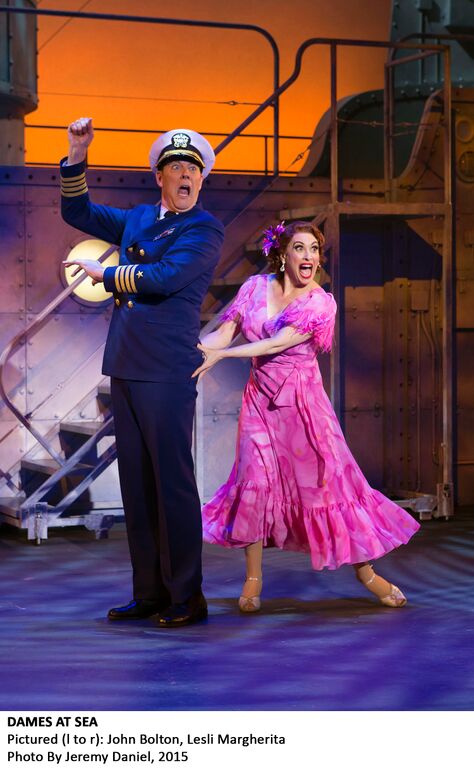 If you think you may have seen Dames at Sea…somewhere, you are probably right. It has played in summer stock, community theatre and high schools all across the country, but now you can enjoy the musical in a full out Broadway production complete with a fine orchestra.

For old fashioned kitschy fun, Dames at Sea is the perfect choice.