Dating Is Hard Work At Any Age! 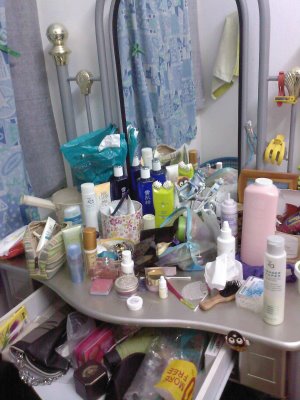 I have a date tomorrow night.  Last week he met me fresh from both the hair and nail salon.  I was dressed to thrill with perfect makeup and lots of positive energy.  He told me I was gorgeous, a knockout.

This week he is going to be far less knocked out.  My long hair, rather than blow-dried straight and silky, has been left in its natural state, a tangle of curls. My roots are showing, if ever so slightly, my nail polish is gone, I am going to wear skinny jeans rather than get dressed up.  And I truly could care less.

What happened in a week’s time?

Honestly, it’s not the week.  It’s the tiresome chore of being stunning and energetic on a Friday night, or even a Saturday night, after a killer week.  I also have to keep asking myself, do I really want another boyfriend, lover, husband, companion—another man in my life?

I have had three husbands and I did enjoy being part of a couple. But now, at age 72, I am madly in love with my book collaboration business in which I have the privilege of writing for, publishing and promoting my authors.  I have become a master networker and connector, and belong to Power Partners, 85 Broads, BNI Chapter 6, and Thursday’s Women, not to mention ASJA and multiple writers’ groups on LinkedIn. Whew!

But wait, there’s more:  two little doggies that need attention, and an adult daughter who lives across the street, and whose company I always crave.  And wonderful women friends…whoo-ho!

Every man I have met has “issues.”  One man described himself on match.com as fit and youthful at age 71.  On the phone, during a nice conversation, he admitted to being 81.  His buddy, who he said was more experienced at online dating, had encouraged him to take a decade off his age when no one was responding to an honest 81 year old.   At least he told me the truth BEFORE he walked in, as others did not!

Three men I spoke with and two I met owned up to virility issues on the first (“interview”) date. One even said (you can’t make this up) “If you want coitus I’m not your man.”  Given that he also told me he had very little money,  and that when he travels with a woman she has to pay her own way, I was thinking, “what exactly does he have to offer?”  He did boast of his oral skills. I could have been mean and told him where to apply them, but I keep my cool for the interval when we could part company–forever!

The man I am actually very much looking forward to seeing tomorrow night is tall and handsome.  We are the same age, and he is still a practicing attorney. Our conversations have been delightful and he makes me laugh, a lot.  So why am I not once again going “all out” to look ravishing?  Well, he lives and practices in New Jersey, and let me know that he will probably never be able to live in the city with me, which is something I want…i.e. a true 24/7 intimacy, with of course the right man.  He was also very concerned about where to park his car for the least amount of money.  And he told me Viagra has side effects.  Potential deal breakers, or at least, some major complications ahead.

All relationships involve compromise.  Everything in life has a price tag.  I have lived long enough and am smart enough to appreciate this reality.  The question then becomes, Do I want to deal with another partner who needs a level of commitment and care that may dramatically infringe on other important aspects of my life?

I can appreciate Martha Stewart’s dilemma and admire her for going public for a gentleman caller, for love, for sex, for her Act Three.  Kudos Martha!  May you find your Mr. Right, or even Mr. Right Now.

As for me, let’s see how tomorrow night goes.  And the nights after that.

More later.  Meantime, much love to all my sisters who are on the same path.  Do let me hear some of YOUR thoughts and experiences.