Dating: The Billionaire, the Boulud and the Baloney 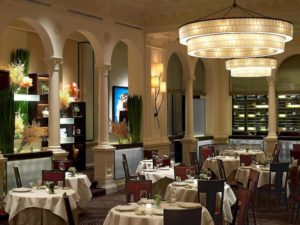 Frankly I’d rather chow down on a baloney sandwich on my own, watching TV with my two small dogs, than put up with baloney. Even from a billionaire who takes you out in all your designer duds for an elegant evening at a Daniel Boulud restaurant!

I mean it, after just such an evening. Shocked? Do let me explain.

I did anticipate the evening. I had been off Match for quite a while, as some of you may have noticed, but my subscription had continued. This gentleman reached out to me with an email. I responded, which then led to his phoning me with a request to meet.

His profile had described his marital status as “separated,” which I took to mean living separately. When the truth came out, that phrase actually meant that he and his wife sometimes “separated “ when she’s in the kitchen directing the staff while he’s in the den writing to women on his computer.

Interestingly, he was completely open about his identity. If not a household name his company certainly is. He was six foot five, well dressed, well spoken, and all in all totally charming. Not to mention very complementary to me when we met. We were off to a great beginning – in the first 30 minutes anyway. This new friend, who I will call Bill, spent quite a bit of time telling me how he built his global company, how he had traveled the world, and how his wife of fifty plus years (I think they met in high school) had “checked out of the marriage physically” some years back.

I asked him what he was looking for. He said, “Well at a bit past 80 years of age I have to manage expectations. Really what I’m looking for is someone intelligent and attractive—like you—to take to nice restaurants all over the city, have conversations with, and become good friends.” That sounded promising. At the same time he told me that he was very loyal to his “estranged” wife with whom he shared grown children and grandchildren so he could never leave her, but that he was lonely.

Then, glancing at his watch, incidentally very large and crusted with diamonds, he told me he had a dinner date with another woman that he was already late for. He said, “I wish I had known you would be so extraordinary. I wouldn’t have made this other dinner date. But can I take you to dinner soon?” I didn’t mention that he lives out of state. But coming in and out of Manhattan is clearly not a problem when you have a private jet.

“Of course,” I said. “Have a wonderful evening and I’ll see you next time you’re in town.”

I reached my hand out to shake his in a friendly gesture. Before our hands could connect he grabbed my shoulders with both his hands, and, leaning down, he kissed me passionately. I was too startled to point out the contradiction—we’ll get to that shortly.

In any case, that night he texted me and asked if I wanted to meet him for breakfast. I don’t do texts that often so I didn’t see that for a couple of days. When I finally did write back, “Oh you’re still in the city?” He said that was an old text but “Can I take you to dinner next week?”

A few nights later we’re in a car on our way to one of the several Boulud’s in the city. I am appropriately dressed in a black Saint John sheath, fur coat, fur hat, perfect make-up and hair—not looking too bad for a 74 year old broad!

When we entered the restaurant he was treated with great respect and led to a table in an area that he told me was the “Power Room.” However, we were seated near a radiator and it was too hot, so he had the Maître d’ move us. The only other available table was outside the perimeter of power– to me the people looked the same and so did the menu.

Over a martini and then a shared bottle of red wine we had a nice conversation. I no longer saw him as a romantic possibility, since he “confessed” that he and his wife were still living together “in a very big house.” Did they have separate rooms? No, they still shared a bed but, he hastened to add, it was “a gigantic bed which has plenty of room so we never touch. “

“Okay,” I said to him at one point, thinking of how great it might be, personally and professionally, to meet some of the boldface names he mentioned as his friends and colleagues. “Will I be able to meet your friends here in New York?” ”’Unlikely.” “Okay, then would you and I be able to travel together?” I already knew the answer and of course it was another “unlikely.”

I am nothing if not frank. “What do you see as the benefits of this friendship to me?” He said, “You get to go to really nice restaurants like this one, and the sex is great too.”

In another life I might come back as a sexy little gold-digger just rooting around for man like this the way pigs hunt for truffles. Or maybe not. When I was very young and impressionable my mother, way ahead of her time in many ways, said: “Judy, no matter what you do in life, create your own income so that you never have to depend on a man financially.”

I took that to heart in all three of my wonderful marriages. So it sure wasn’t the gin martini talking. I was very clear-headed when I said,” Tell me if I’m wrong but I sense a contradiction between your first statement, ‘I’m looking for an intelligent friend, and this new declaration that, ‘the sex will be great.” What sex?”

He looked at me with a small smile and, not missing a beat, responded, “ I really meant what I said initially, but it’s you. You’re just so damn sexy!”

Don’t you know: It’s always the woman’s fault for being sexy! I guess I’m just a septuagenarian femme fatale!

We finished our dinner pleasantly and he helped me on with my coat. Then, as he held the door open to his waiting car he said, “Now we’ll go to your place for a nightcap.”

“Well, because this is a first date. And because I want to think about the relationship.”

We got in the car. About to tell the driver where to take us, he said, “Oh, okay. Then we’ll just go to my hotel for a nightcap.”

He was staying at the Waldorf Towers. I actually would have loved to see a suite there—but not at the expense of a wrestling match.

“No, that’s not going to happen tonight,” I said gently. “Maybe another time.”

“Well then!” he said, “I guess we’ll never see each other again.” He paused, then added: “Unless you want to reconsider.”

He looked at me hopefully. Of course, neither one of us reconsidered, and that was the end of my potential entrée into the “Power Rooms” of Manhattan’s finest restaurants.

I guess that’s one of those endearing things we most love about men—their never-ending adolescent belief in their devastating attractiveness to all women all the time, no matter how old they are or how they might measure up to “expectations.” It is also the most maddening. And, factor in unlimited wealth and a wife who might look the other way for her own reasons, and you have a “Bill”—and maybe, on the extreme end, a Bill Cosby.

The older I get—and the days and years keep marching on—the more I am in awe of the human capacity for self-delusion. Not just “his”—mine too. What do I think is going to happen at my age? Did I really think that a world-renowned billionaire just wanted someone “attractive to talk to”? And did he really think I –or any woman–would get naked because he paid for a meal, one I could well afford myself, or even took us out for a bunch of such meals? Had there already been women, of any age, who had gone back to his hotel suite with him for the nightcap?

And for a man in his eighties, where was the reality between “managing expectations at my age” and “the sex will be great”….?

Expanding out to a larger picture, what are the tradeoffs for someone like me with all those 30 years younger men on match.com who keep reaching out, knowing my age, and knowing we live several states apart? Are they just looking for someone to talk to?

One thing I know for sure: there’s more baloney in the world than there are Bouluds.

Love yourself, and focus on your own power, in every room you’re in! 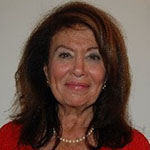