Just when I think I have seen all the amazing performers one could see in a season, in gallops an off-Broadway show with yet another uber talented cast, a deliciously fun and clever plot, and, in a nod toward the Bard, dialogue that rhymes.

The show is Desperate Measures, at New World Stages, and is led by director and choreographer Bill Castellino, who knows how to extend a laugh and even throw in surprises  now and again.

This truly funny musical brings us back “somewhere out west” in the 1800’s, when a young Johnny Blood (fabulous Conor Ryan) gets involved in a saloon brawl, and is sentenced to hang because of it. The characters who emerge in this piece include a German governor with power issues, a salty saloon girl with a romantic heart in love with Johnny, a principled nun, a non-believing priest, and a sheriff, who is only looking to find justice for his forlorn, and wrongly accused jailhouse prisoner. 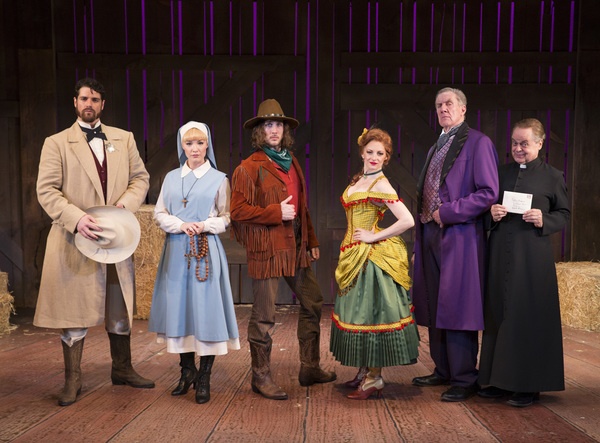 The twists and turns in the story keep you laughing and wanting to see more.

Each actor in the ensemble is perfectly cast and excellent, but special kudos go to the insanely versatile Lauren Molina as saloon girl Bella Rose. Lauren, who can belt a song, dance her heart out, and provide perfectly timed comic moments, is definitely someone to keep an eye on. 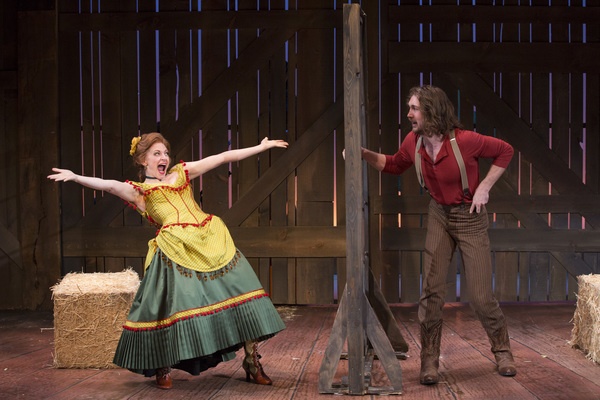 The hilarious Desperate Measures vaguely reminded me of The Robber Bridegroom, (which happily was revived off-Broadway a couple of seasons ago) and is a show that you can see numerous times due to its playful nature.

Inspired by Shakespeare’s Measure for Measure, Desperate Measures is a go-to show for a super fun night out.

I can’t wait to see it again. http://desperatemeasuresmusical.com