Do You Want to Give Girls a Brighter Future? Me too.

This past week was International Day of the Girl which was celebrated around the world. We also celebrated in New York in support of Because I am a Girl, a global non-profit that is helping to give the most marginalized girls on the planet, a future. It was an interesting juxtaposition since it was also a week where we learned that A-list actresses were also marginalized as victims of sexual harassment by a powerful man, which has sparked a social media movement “Me too” where millions of women around the world are coming out from the shadows to say that they too have been victims of sexual harassment or assault. Gender equality is key to achieving long term change. Clearly there is still much work to do if we are to achieve gender equality by 2030, a stake that has been placed in the ground by the UN’s Millennium Development goals. If we really want to achieve gender equality, we need to act now!

So if a beautiful A-list actress can be marginalized, what is it like for millions of girls in developing countries?

Well 65 million of them are not in school.  41 million of them are forced into child marriages every day. 200 million girls have had their genitals mutilated. 1 in 10 have been forced into unwanted sexual activity. So just as brave women everywhere are coming forward to  say “Me Too”, let’s also raise our voices and take action on behalf of girls everywhere, so that they never have to grow up and say “Me Too”.

I support Plan International’s Because I am a Girl initiative.

As chair of the NYC Leadership Council for Because I am a Girl, a volunteer group of women in New York who are passionate about the future of girls, I was delighted to emcee our first fundraising event last week.   It was an incredibly inspiring evening featuring an accomplished panel of women who have been successful in male dominated careers, and a young lady who is a Because I am a Girl Ambassador and has first-hand experience in Burkina Faso, a Because I am a Girl program country.  If you are interested in becoming involved with the NYC Leadership Council, please contact me. 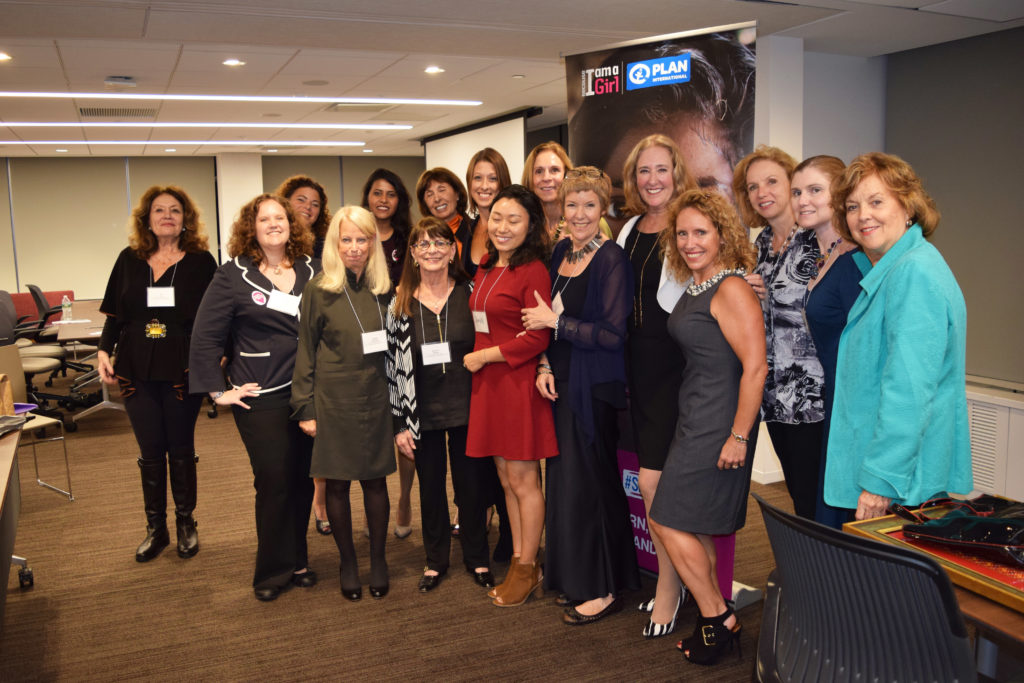 The NYC Leadership Council for Because I am a Girl. Join us.

What You Can Do

Join the Because I am Girl movement. With your support, we can work to ensure all girls can: