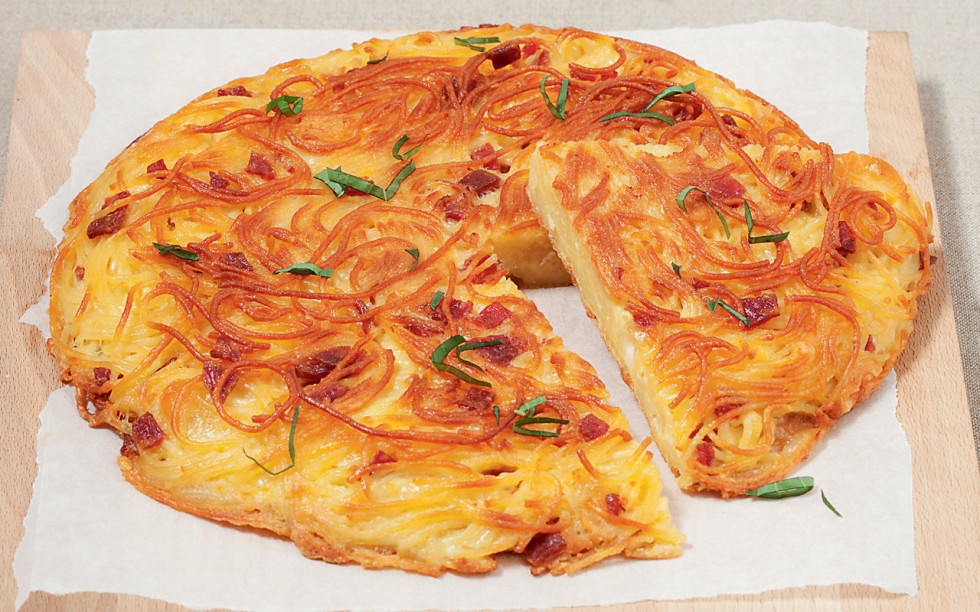 I’ve heard Italians from other regions make jokes about how Neapolitans love their frittatas of pasta — “those poor people whose cuisine is so limited and who eat so much pasta they even put it in their omelets.” It’s a point not well taken in Naples, where the pasta frittata is instead considered a stroke of Neapolitan genius: “We clever people who can take just a few eggs, some bits of cheese and leftover spaghetti and make such a glorious dish.” Once you have made a spaghetti frittata, you will definitely side with the Neapolitans and make the dish a part of your life, too.

Serves 4 as a main dish, about 8 as an antipasto

Instead of scamorza or mozzarella, you can use any good melting cheese, such as Gouda, Fontina, Gruyère, or Swiss (Emmenthaler).

In addition to, or instead of, the melting cheese, sprinkle a few extra tablespoons of grated cheese between the layers of pasta.