Griping on the Plane

Apparently commercial airplane seats are designed around the measurements of men in the 95 percentile in size. (NYTimes Sept. 16 2014). The measurements also take into consideration the inches between the buttocks and the knees, at a 90 degree angle. Seating on planes, therefore, is either too small for 5% of men, too narrow for women(we have larger hips than men), or too straight backed for almost all of us. PS, human seating size is also ‘national’ as other nationalities are shaped differently from average US flyers. So what does this mean for our comfort in a practical sense? Here are some of the gripes we all have and a few solutions that will not get you beaten up by a fellow passenger.

Headlines about passengers refusing to let a seat recline abound. There is even a gadget called the Knee Defender. Here is a photo of it so you can recognize it if it inconveniences you. One photo is the Knee Defender and the other shows you where it is inserted in the back of a seat. 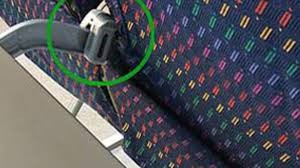 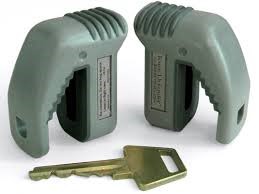 Several airlines have now forbidden its use (Qantas and Virgin). But most have not!!!

Here are some of the other new issues on planes: Lengthy use of bathrooms (we think it is women with their make-up. Ask a flight attendent, they will tell you it is men with newspapers). Solution: after a fair time, giggle the doorknob to tell the user, there are people waiting. This will work 99 times out of 100.

Loud music from devices, this is easy. Say something immediately before the person falls asleep. Loud foot thumping, that is harder since it is a habit, but for peace, again be nice and say something. Loud talking in the aisle at night; good luck with that one because in my experience, the talkers have been drinking.

Pets on flights: most airlines only allow 3 pets per flight (service dogs are always allowed). That means if you are allergic or just afraid of pets, you need to negotiate with your airline either before the flight or on the plane. Pets apparently trump allergies; so not much hope except to ask for a new seat.

Now there is the chatterbox; solution: either say something or close your eyes. We had a woman with a chatterbox room mate; she calmly said: I am a very quiet woman and I live in a very quiet place. Everyone got it.

Shoes off? This is so disgusting, that it is even hard to write about. I would say something very politely , but this can be touchy and you will lose.

Garbage in the seat back pocket? This issue will go away as new seats might not even have pockets. To give more room in the seating area, and remove a source of garbage, designers are thinking of removing these altogether.

The best way to approach a flight is to concentrate on the excitement of travel. Don’t let the tail wag the dog, and don’t let a tight airplane cabin dull the fact that you will shortly be landing in Italy!!!

The Women’s Travel Group offers many tours for women who want a smart itinerary, value, to learn as well as laugh. Phyllis Stoller who runs the group was recently named One of the 14 Most Influential Women in Travel. Join them for the adventure of 2015. 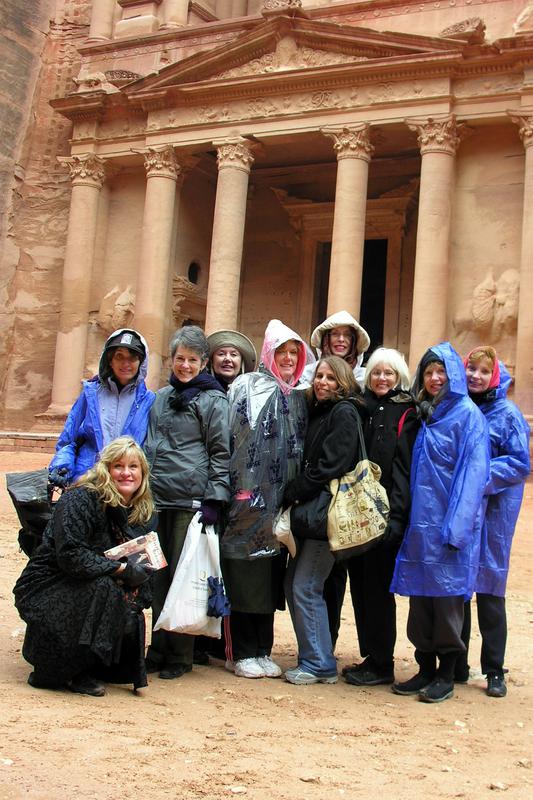 A recent group in Petra, Jordan