New year, lots of new productions.  Go see a show. Here are a few to check out and add to your calendar.

Shakespeare his wife and the dog 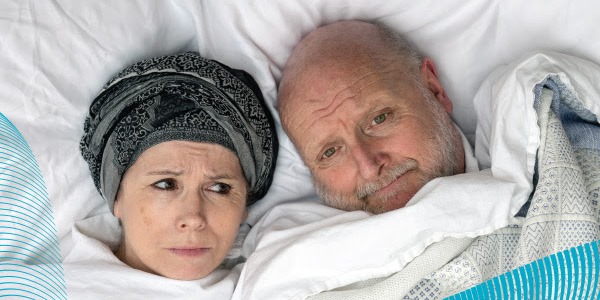 Shakespeare lovers beware – this original play sounds like a hoot. From the program notes: “Shakespeare his wife and the dog imagines a tiny moment in Shakespeare’s life, a miniature portrait painted the night before he died. An alternative title to the play might have been Shakespeare’s last night, except this is not just about Will, this is about his relationship with the most important person in his life – his wife, Anne.” The secrets, lies, resentments and passions of a marriage are laid bare during a sleepless night in Stratford in this one hour play by Philip Whitchurch, directed by Julia St. John, and starring Whitchurch and Sally Edwards. January 18 – 28 at The Broad Stage. www.thebroadstage.org

Amy Pietz stars in The Goodbye Girl this month when L.A. Theatre Works records Neil Simon’s screenplay in UCLA’s state-of-the-art James Bridges Theater for future broadcast. Known as “The Goodbye Girl” because of all the live-in boyfriends who have left her, Paula McFadden (Pietz) and her young daughter, Lucy (Raini Rodriguez), must make room in their cramped quarters for a new roommate. But can they make room in their hearts for another man who may just walk out that door again? L.A. Theatre Works’ long-running syndicated radio theater series can be heard weekly on public radio stations across the U.S. (locally on KPFK 90.7 FM). If you’ve never seen how they do it, come be part of the audience and get a bird’s eye view of what goes into this style of radio theater. January 25 – 28 in the James Bridges Theater, UCLA School of Theater, Film and Television. www.latw.org

4Play: Sex In A Series 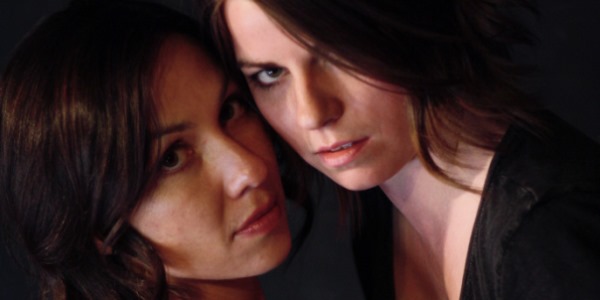 New York City’s trip. theater ensemble kicks off its move to L.A. with the west coast premiere of the company’s uniquely theatrical hit production, direct from a sold out run in Chicago. It’s the not-so-simple story of boy meets girl, boy meets boy, girl meets girl, and all the little things that can ruin a perfectly good dinner party. Celebrate Valentine’s Day (and the rest of February and March) with this delightful romantic comedy that blurs the lines between art and life, gay and straight. The Actors Company, West Hollywood area. January 25 – March 17. www.tripnyc.org

Marin Ireland and Christian Camargo  star in the west coast premiere of Martyna Majok’s wry drama, which reminds us that sometimes survival is the only measure of success. Directed by Tyne Rafaeli, with Ireland reprising the role she played Off-Broadway at Rattlestick Playwrights Theater in 2016, the humorous and heartrending tale spans 22 years and tells the story of Darja, a Polish immigrant getting by on a cleaning job, aggressive pragmatism, and sheer will. Ironbound premiered at the Round House Theatre as part of the Women’s Voices Theater Festival in 2015. January 30 – March 4 at Geffen Playhouse. www.geffenplayhouse.org 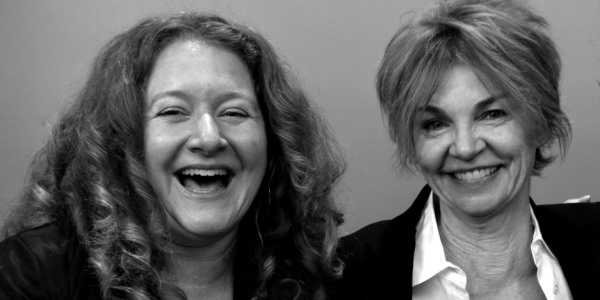 You can see Martha Hackett take on the role of American sculptor Louise Nevelson in Edward Albee’s Occupant at the Garry Marshall Theatre in Toluca Lake beginning February 2. Heather Chesley directs the play, which explores Nevelson’s experiences as an immigrant and a woman in the male-dominated world of visual arts and sculpture and the power of being able to tell your own story. This is the west coast premiere of one of the last plays written by the Pulitzer Prize and Tony-winning playwright. February 2 – March 4 at the Garry Marshall Theatre. www.garrymarshalltheatre.org

And finally, this two-hander by Paul Gordon and John Caird transforms Jean Webster’s novel into a charming and poignant musical that tells the story of Jerusha Abbott, an 18 year young woman who has grown up at the John Grier Home for orphans. When a trustee of the home reads one of her essays and sees promise in her writing, he offers to send her to college to continue her education. His only requirements are that she must write him monthly letters, even though he will not write her back, and that she will never know his identity. Jerusha’s heartwarming journey to independence, education and romance is a journey every woman can understand. If you’re looking for the secret of happiness, you just may find it in this lovely musical. February 23 – March 11, International City Theatre at the Long Beach Performing Arts Center.  www.InternationalCityTheatre.org