Joan, who is now a grandmother to her daughter Dana’s two children, is still amazed by the experiences they shared visiting Plimoth Plantation in Plymouth, Massachusetts. “I remember carefully watching Dana’s face as her five-year-old mind worked through the information she was seeing and hearing,” says Joan.  “A woman dressed in costume and speaking in character, preparing dinner for her family, asked us how we had gotten there.”

“I’ve never heard of a car,” said the woman. “It brought you on your voyage?”

“Dana was quiet for a moment and then suddenly caught on. “We came by boat.”

“A long time,” said Dana. “We were in the boat for months and months.” 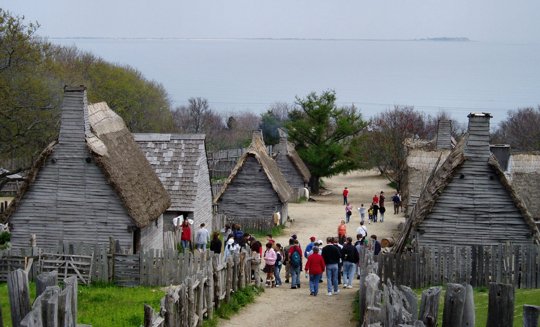 “It was amazing. We were immersed in the time and place and a five-year-old shifted her perspective and understanding to experience differences between then and now.” That’s the beauty and memorable experience of visiting a living museum’s multiple locations: the 1627 English village, Wampanoag Homesite, and the Mayflower II.

“People visit places like Plimoth Plantation, Sturbridge Village, and Williamsburg, Virginia, looking for an idealized past,” says Donna Morganstern, Ph.D., an environment/social psychologist. “Living history museums, tied to public funds and historical societies, present the past as accurately as possible whereas an amusement park can make up its own version and doesn’t have to be authentic. 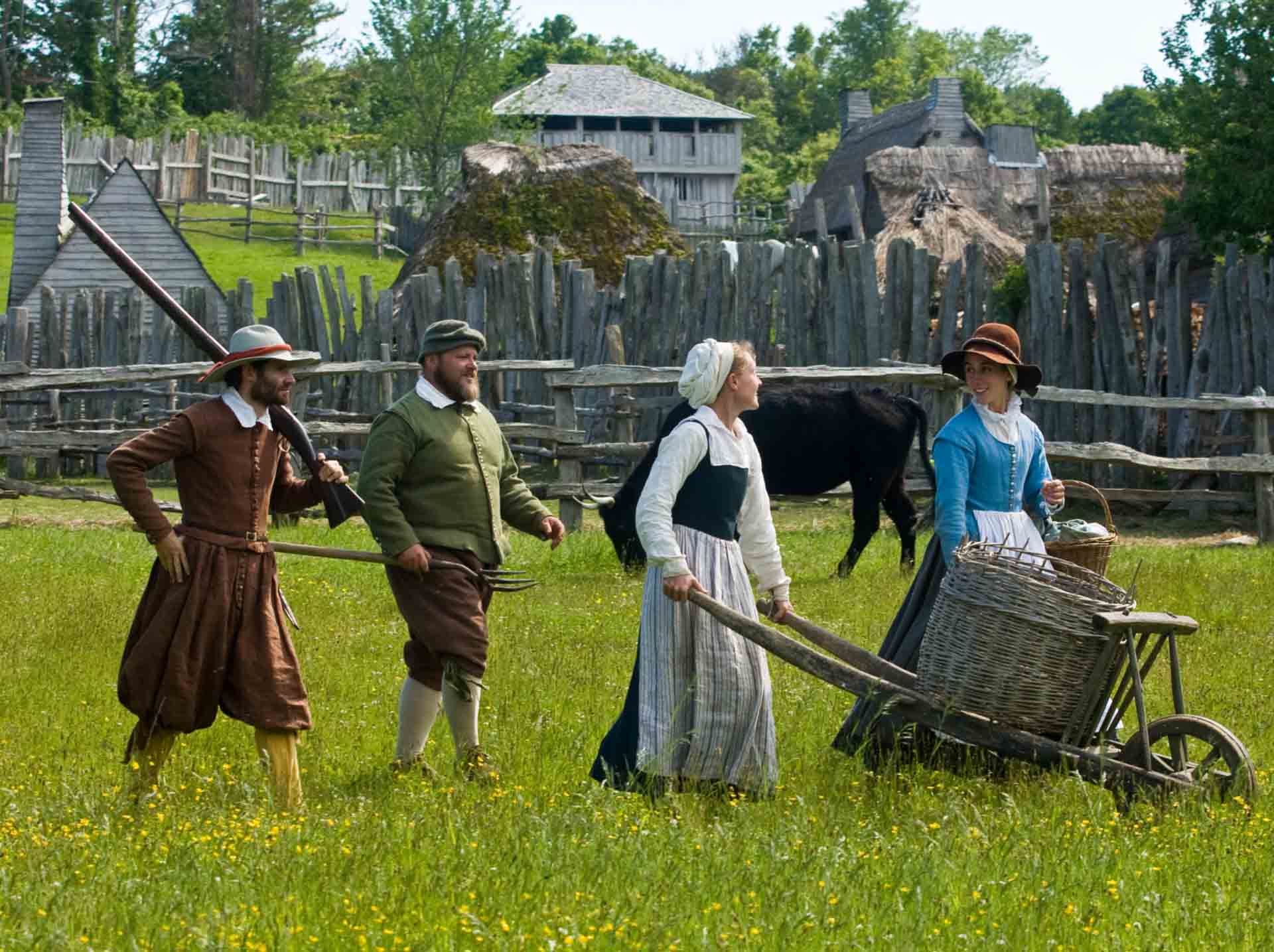 “We have been taught the myth that the Pilgrims settled on Plymouth Rock, worked cooperatively with the Native American Indians and, after a year, sat down and had a big dinner together. Too often when people go there they expect to go back in time to that myth, but it is only a myth. Because Plimoth Foundation is a museum, it doesn’t reinforce that myth; it portrays people as they really were. It’s worthwhile to instruct parents that they and their families will get more out of a living history experience by educating themselves beforehand.”

It’s a fascinating place to visit throughout the year with special events to learn how to weave or cook on a hearth. The Native American Indians, and earliest settlers, celebrated ‘thanksgivings’ throughout the year. The Annual Patuxet Strawberry Thanksgiving is held in June, reenacted through ceremony, singing, dancing, feasting, and games. 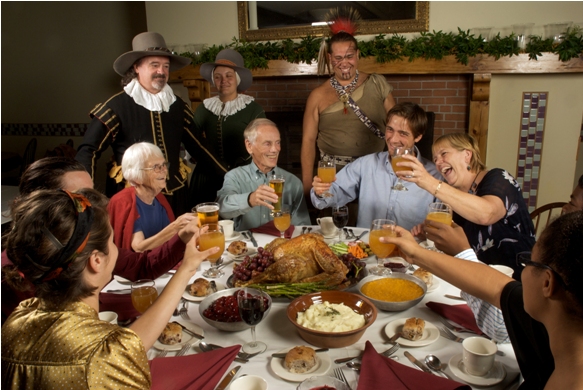 The foundation’s traditional America’s Thanksgiving Dinner is held annually, this year on Thursday, November 24, 2016, featuring a traditional New England turkey feast along with Pilgrims and Native interpreters. This is just one of those fun, wonderful things to do at least once. I’m giving you the heads-up now because reservations are needed and it does sell out every year. Then you can decide. Myth or fact?