How to Recognize a Player So You Don’t Get Played

He’s behaving like your boyfriend, but you just met. Keep your eyes wide open. Here’s how to recognize a player early on.

One of my favorite Maya Angelou quotes is “When someone shows you who they are believe them the first time.” The best time to recognize a man’s true character is when you first meet. On a first date, you’re both hopefully on your best behavior, but your true character leaks out. Pay close attention to his actions and words. Do they line up? One of the advantages to dating after 50 is that I no longer go into a relationship with my eyes shut to the true nature of a man. No more wishful thinking or projecting what I hope lies beneath the surface. I’ve learned to accept the man I date for who he is today, not who he might become if only… But sometimes, even I can get fooled. But not for long.

Two years ago, I met a man online who was smart, attentive, and very sexy. He lived about an hour away so after a few phone calls, we decided to Skype to get a physical/energetic sense of each other. It was a fun conversation. He told me he found me to be very attractive and sexy. I enjoyed his compliments, but was a little concerned that “sexy” was the first thing on his mind. Nevertheless, it seemed as if we had many similar values, and I felt a kinship and connection for the first time in a long time. I was looking forward to meeting him that Saturday night.

On Friday, he called on his way home from work. I told him something that made him uncomfortable, and he abruptly shut down and cancelled the date. I couldn’t believe it. From my point of view, what I shared with him was intended to be kind and helpful, certainly not offensive. Oh well, if he was that reactive and didn’t have the decency to talk about his feelings, he wasn’t the right guy for me. Even though I was a bit shaken, I felt I had dodged a bullet.

A few months ago, he contacted me on another dating site. I recognized him immediately, and remembered the good and the bad. I’m a big believer in a person’s ability to grow and change, and I decided to discover who he was today. I was open to seeing if he was less reactive. He had so many redeeming qualities, why not give him another chance?

The texting soon got sexy – no surprise here. I was playful but let him know that I wanted to be seen as a whole woman, not objectified as a sex object. He promised that he did see and appreciate all of me, and I really wanted to believe him.

We had our first “meet date” in a park, where we sat on the grass under a tree for an hour talking about our lives, our kids, and our favorite foods. No mention of sex! Maybe he had changed for the better.

A few weeks later, we had our first real date. He drove to my neighborhood – I always appreciate when a man makes the effort to drive a distance to see me. He greeted me warmly with a kiss. We went out for drinks at a local restaurant. He held my hands throughout the evening. We spoke openly and transparently about what we learned from our past relationships. We talked about the big challenges we had overcome in our lives. It was all very sweet, but a little voice in my head said, “He’s behaving like your boyfriend, and you just met. Keep your eyes wide open and slow things down.”

When we got back to his car, he became very passionate and persistent. He wanted to take me back to his apartment that night, and it was time to let him know my policy about sex in a relationship. I told him I was very attracted to him, and I don’t have sex until I’m in an exclusive relationship and we’ve exchanged STD test results. He seemed to be okay with that – at least that’s what he told me.

His actions proved otherwise. His subsequent texts lost their sexiness and urgency. Instead of several texts a day, I now heard from him every few days. When I asked if he was okay because he seemed to be shutting down, he assured me that all was fine. He was just busy with work and life.

When I reviewed the 100 texts exchanged over the preceding few weeks, I saw a pattern that echoed our very first encounter two years earlier. He misinterpreted my words several times. When I sensed a misunderstanding, I’d let him know that he seemed to be making assumptions and drawing the wrong conclusion, and I wanted to chat by phone to clear things up. Would he please call when he had the time? He promised he would. He didn’t. That’s because he was a player disguised as a good guy.

Believe a man when he shows you his character the first time. Forgive mistakes. Don’t forgive bad character. Recognize a player early on. He’s the guy whose actions and words don’t line up.

Accountability is one of the cornerstones in a relationship. If he continually says he’ll call and he doesn’t, dump him. If he makes plans and doesn’t keep them, dump him.

Leave a man who doesn’t respect your sexual boundaries. If he pushes for sex before you’re ready and reacts negatively when you slow him down, he’s only in it for the booty call. He will never value you for who you are.

It’s important to feel good when you’re with him AND especially when you’re NOT with him. I felt great when I was with this guy. But when we were apart, I felt anxious and untrusting. That’s a big fat red flag. A good guy will show you that he likes you by staying in touch between dates.

If he disappears, let him go. Don’t call or text and tell him what an a*hole he is. He doesn’t want to hear it. He’s a coward and not worthy of your time. Years ago, I would have given a man like this a “piece of my mind”. I thought that was the dignified thing to do. It’s not. Especially this early in the game. We had just met. He did me a favor by showing his character so quickly. Instead of contacting him, I got back to living my fabulous life without him.

Yes, I let myself be taken in by his manliness, sexiness, intelligence, and seemingly shared values. But not for long. That’s been the major shift for me as I do the inner work on my journey to find love. Now my eyes are wide open. I date with dignity and self-respect. And each man is my teacher. I know how to cut the players loose before my heart takes over. I can balance my head and my heart.

I’ve learned to have self-compassion and not expect to always get things right the first time around. Dating is complex, and the more you learn about yourself, the better the outcome of your relationships.

This is the same process I take my clients through. Love yourself first. Love your life. Live your best life. Let go of past relationships and learn from them. Be open to new experiences and new types of men. Keep your eyes open to the red flags that show up early on. Understand that a good guy wants to escalate the relationship and takes an active interest in you. He doesn’t hide behind texts. He knows how to pick up the phone and call. He makes dates in advance and respects your time.

Know your relationship must-haves and make sure he has all of them. And walk away from a man who doesn’t respect you and your boundaries.

Have you ever dated a player who was disguised as a good guy? What happened? I’d love to hear your story.

Sandy Weiner guides women to show up authentically, stand up and lead with grace, and speak up with confidence. The founder of LastFirstDate.com and TheWomanofValue.com, she’s an internationally known TEDx speaker, women’s empowerment coach, dating and relationship coach, author, podcast host, and retreat leader. Sandy specializes in helping women achieve great things by overcoming fears, finding their authentic voice, and being valued for their full potential. She believes a woman of value is respected and rewarded for her contribution in life, work, and love. 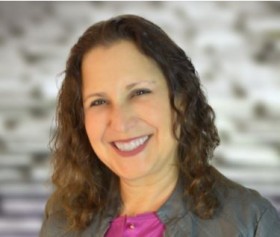