It’s time to get ready for Scotland. Many fans of the Outlander novels and television series long to explore Scotland.  Whether you are an armchair traveler or a jet-setter, join us to experience some of the most memorable places in a country filled with castles, kirks, lochs, mountains, and adventure. 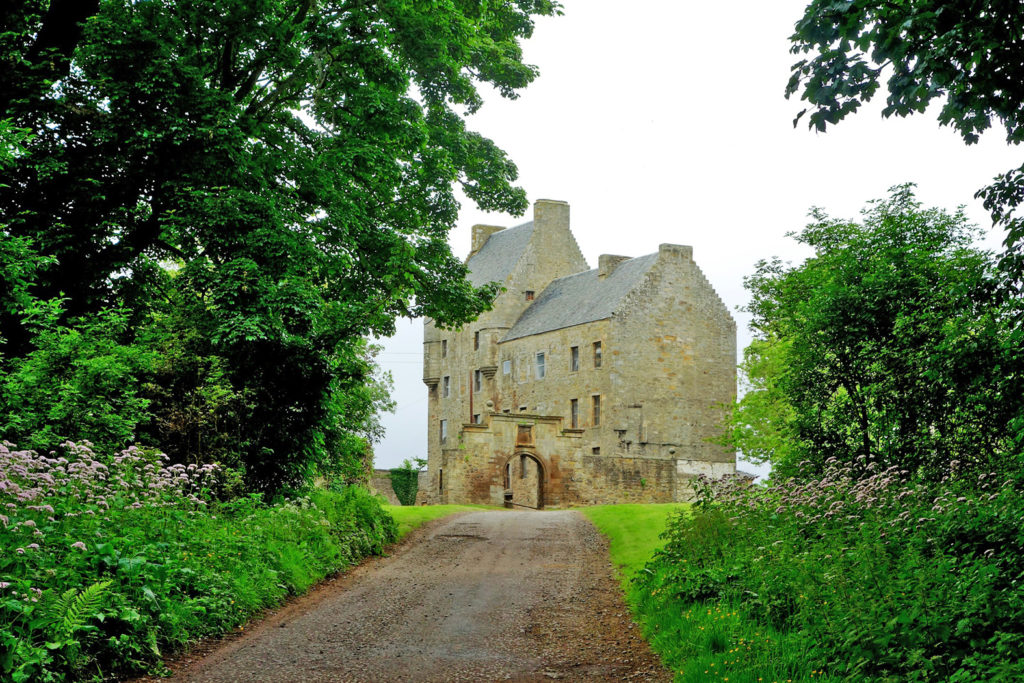 The best place to begin an Outlander journey is Lallybroch, home to the story’s hero, Jamie Fraser. Lallybroch is central to Diana Gabaldon’s Outlander novels. In the STARZ Outlander television series, Midhope Castle stands in for Jamie’s ancestral home.

Love is built into the stone walls of this ancient tower house located on the Hopetoun Estate just outside Edinburgh. The property once belonged to Alexander Drummond and his wife Marjory Bruce. A date stone inscribed with their initials commemorates their union here: AD 1582 MB. This stone was once the doorway lintel, but it is now part of the outer wall of Midhope’s gateway. 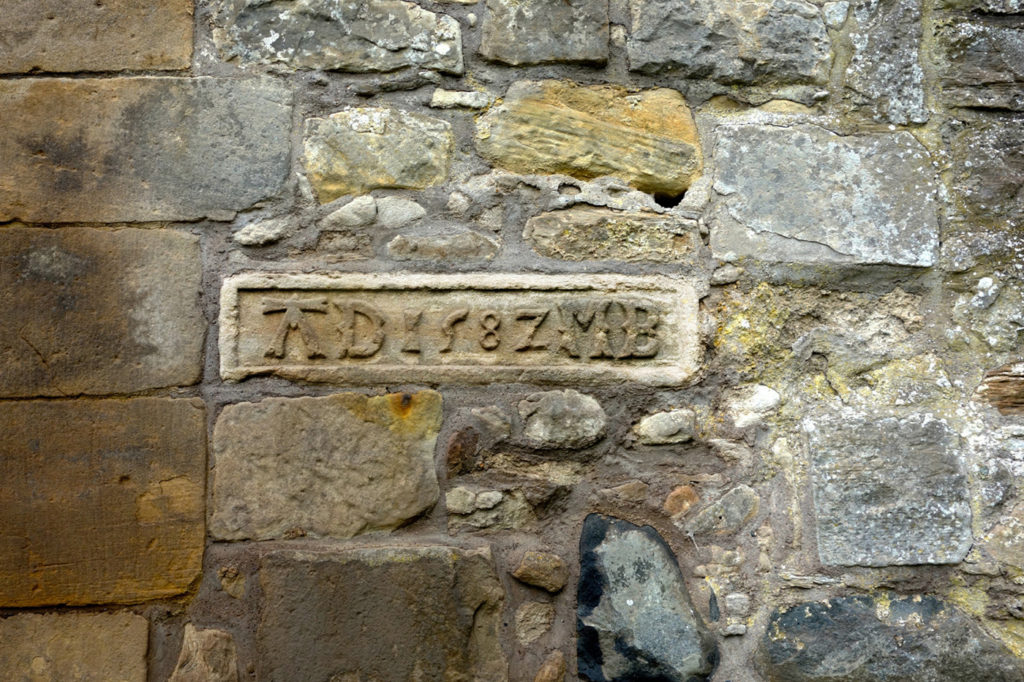 The Earl of Linlithgow acquired Midhope as part of the Hopetoun Estate in the early 1800s. The Earl’s descendants still reside on the greater Estate. But Midhope Castle was destined to be no more than a secondary structure tucked inside the enormous Hopetoun Estate, which is dominated by massive Hopetoun House. The House and Estate were also used extensively in Outlander filming. 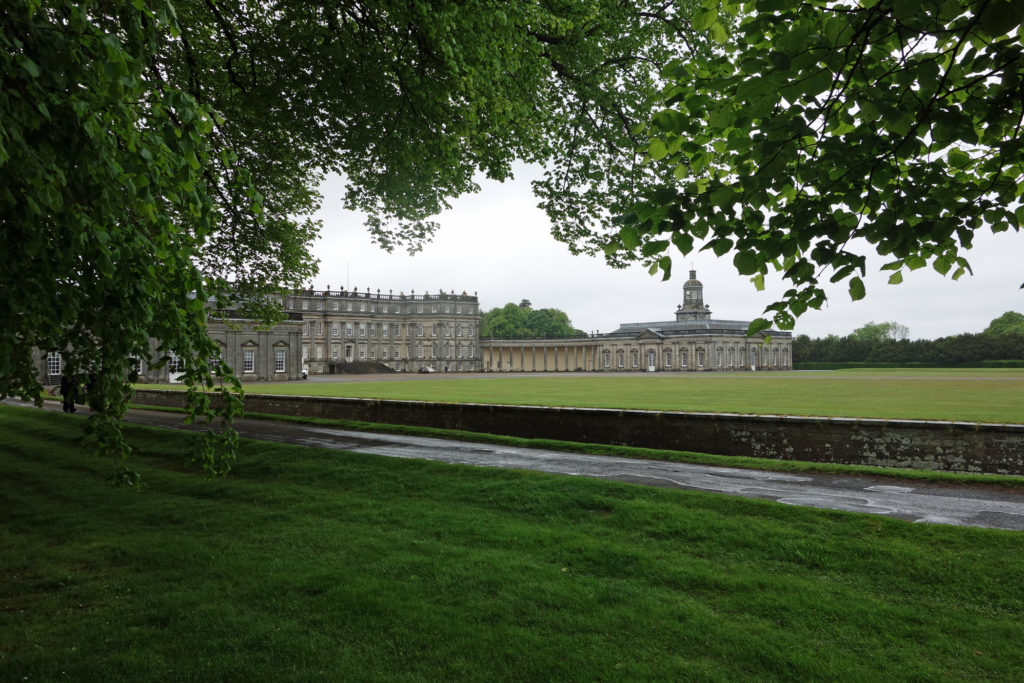 In the 1851 census, Midhope housed fifty-three people, including four gamekeepers, four foresters, two laborers, a groom, a carter, a gardener, a joiner and a number of paupers. By the late 1800s, records indicate the Castle was inhabited by “Pensioners of the Hopetoun family.” The building remained in poor condition, often described in records as sadly dilapidated, decaying and derelict. 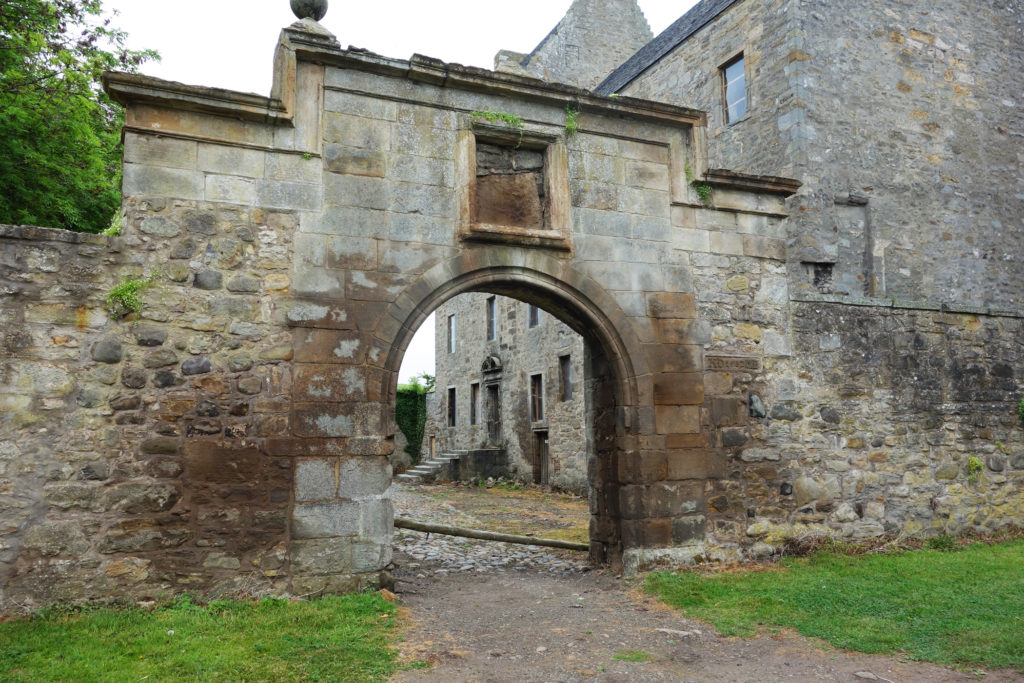 Midhope was saved from becoming a ruin in the 1980s when the building was given a new roof and new window frames. But the Castle is still just a shell. Cast as Lallybroch in the Outlander series, Midhope has made numerous appearances, both in ruin and in splendor – thanks to the film magic of CGI (computer-generated imagery).

Want to stand on the front steps of Lallybroch waiting for Jamie Fraser to appear in the gateway? Visits to Midhope Castle can be arranged through the Hopetoun Estate.

To learn more about Outlander-inspired Scotland travel, take a look at our new guidebook, Travels Beyond Outlander. It’s available in paperback and e-book from Amazon.com.

All Photos are © David Stewart White.