It’s time to talk about it: Sex and the Middle Aged Woman

As a urologist who specializes in women’s and men’s sexual health, I regularly find resistance to discussing women’s sexuality from colleagues who are dismissive, patients who are embarrassed, and with the media who find the subject “taboo”. It’s time we talk about it, and the discussion starts with us. Erectile dysfunction in men isn’t taboo, so why should women’s sexual responsiveness be different. Let’s talk about it.

Vaginal discomfort can result in spite of our best efforts to do all of the right things.  It is time for us to speak up and discuss our bodies, our whole bodies, so that we can make progress, just like the men have.

In response to the demand by men for maintenance of their sexual function, the pharmaceutical industry has developed and sold medications that have succeeded in delivering what they promise: good erections.  And the demand has resulted in a financial boon for the healthcare industry. In addition to, Viagra, Pfizer’s second best-selling product after Lipitor, Levitra, Cialis, and Staxyn have been created to treat erectile dysfunction in men. Although these medications are expensive, and usually not covered by medical insurance, their makers have reaped the benefit of a robust market. Doesn’t is strike you as odd that half the problem, vaginal discomfort and painful sex in women, is not on the radar?

As a urologist, I treat men with erectile dysfunction, so I know a thing or two about the subject. In many cases, the man feels incomplete, old, and undesirable if he can’t have a good erection. The medications remind him that he still has that option—he can have a normal sex life if he wants to. In his mind, he can please his partner even if it is with a little help. The sense of control over his body, his ability to remain sexual even if his body won’t cooperate, and the general sense of health and well-being in knowing he can get an erection is enough for many men to feel empowered. That is a wonderful thing. We deserve the same consideration.

Women’s sexual health is barely being explored on social media, on television, or by the healthcare industry.  As we are living longer, healthier lives, many of us want to continue to have sex well after menopause. And, our partners want to have sex with us. The options for men allows them to have good erections, but what are they going to do with those erections? Because our anatomy has changed, our sexual responsiveness is not as reliable as it used to be and we have pain. The result is that we are  not able to enjoy sex, and those erections have nowhere to go!

Women’s sexual response has been studied by the legendary team of Masters and Johnson. The results of their observational work is still taught in medical school. They described the  anatomy of in the following way: the arc and elongation of the vaginal canal, the rotation of the uterus, and the secretions that propel the sperm up towards the cervix.

Although the actual physiological changes that older women experience have not been looked out clinically, we know that the aging woman has differences in her body that probably change that process:  the vaginal canal gets smaller with age, the secretions get less copious, and the tissue is less elastic. The result is that sex can become painful. Painful intercourse plagues many women who have gone through medical or natural menopause. The pain leads to lack of interest, lack of desire, and lack of sex. Fortunately, many women are not willing to accept the inevitability of painful sex with age.

Many women want to enjoy sex as they get older: the intimacy, the connection, the excitement, and the sense of good health that a satisfying sexual relationship provides. But, the discussion of women’s sexual longevity is not open. Women, men, doctors, pharmaceutical companies, and the media do not want to talk about it. There is very good news, treatments and solutions do exist.

Women’s sexuality has traditionally been a taboo subject. Sexuality in aging women has never even been a subject. It has just been assumed that women are not sexual after a certain age; that we don’t want to have sex, nor does anyone want to have sex with us. But that is far from the truth. Women are demanding that we age as gracefully and functionally as our male partners.  Let’s take out the shame in the subject, stop putting up resistance to the discussion, and bring about the needed changes. 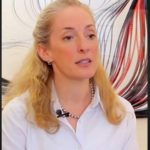