Knock It Off Siri 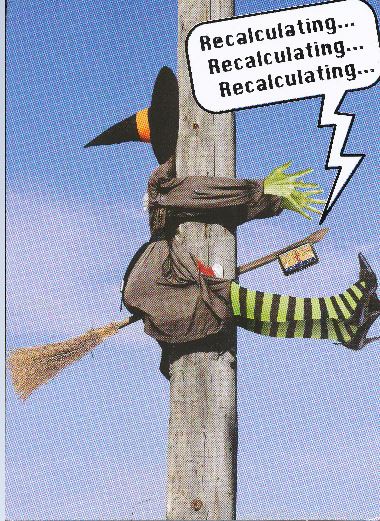 This image is from ‘Tomato’ cards, DCI Studios.com. You’ll find their very funny cards at retailers around the country.

My friends and I recently took a short vacation to Georgia and South Carolina.  We flew but rented a car since our home-base would be a condo on the beach in Tybee Island and the historical sites in Savannah and further in Charleston were a car ride away.  I suggested that we get a vehicle with built in GPS Navigation, which I rely on regularly at home, no one uses a map anymore, but it was not going to happen.  My travelling companions were rather vocal about their trust in their smart phones to navigate and also ‘why spend the extra money’; this from people who will spend $30 on a rubber pancake breakfast not to stay home and fry an egg!   The result was a navigation adventure that at times defied description.  There were three active smart phones in the vehicle at all times; I refused to even turn mine on because really…. when does overkill kick in?

For some reason known only to them, the ‘Tomatoes’ with me all had the burning need to be in charge and provide the sole source of directions, which did not always work.  Did you know that these devices are sensitive to other competing navigation systems in one vehicle?  Yes I said sensitive!  Their little feelings are capable of being hurt and to prove my point  several times over the course of three days one or more of the phones would chirp out in I swear a pouty little voice and say,  “there are other mobile devices in the vehicle that are causing confusion.  Please disconnect”.  Of course no one would disconnect and thereby relinquish control so more often than not all we did was confuse the systems not to mention ourselves.  “I think you need to spin around at the next corner” was heard a lot from the vehicle’s occupants on this trip.

Both the front and back seat human navigators had Android phones that also operated in real time which made three devices that could reroute you depending on traffic conditions.  However since they were different systems, they often displayed different directions to the same place leaving the humans in the car to make the decision…never a wise choice when there are four potential opinions…and frankly if we knew where we were going would we need a navigation system?

The primary driver had an Apple phone with Siri.  Did you know that not only can you change the gender of Siri from female to male you can also change the language they speak or even add an accent…there are at least a half dozen English versions from English UK, to English, India.   Siri will also address you by name which makes the whole experience even creepier.  Our friend changed her Siri to a sweet, soft spoken man with a British accent….so every driving command had that lilting British almost song like response rather than the metallic robot woman most people hear….we teased her mercilessly about liking being told what to do by a man.  I think she secretly liked telling him where to go…sort of speak.

The whole exercise took on new meaning and I admit launched us into a regressive bout of sophomoric humor when as we cruised up I-80 at about 50 miles an hour one of us spotted a shop that we just had to visit…”stop the car!” was shouted from the back seat and so our driver did.  “Did you see that cute little shop?  We have to go back!” and the adventure began. We made a quick right thinking we could just do a couple of right turns and bingo we’d be back in front of the shop.  Unfortunately,  Savannah is not laid out like New York City; there is very little sense to street names and progression and so those quick right turns did not land us back on 1-80 and just for grins, it pissed off all three navigation systems that were trying to get us to Mercer House in the center of the city.

So the competing navigation voices in the car started saying…’Recalculating’….’in 100 feet make a sharp left turn’…’make a left turn’…’in 200 feet make a legal U-turn’…and on and on until our exasperated driver just blurted out “Siri…go f – – k yourself!”  A moment of complete silence followed and then Siri calmly answered “Celesta….language!” and we dissolved into hysterics like a bunch of high school girls.  Of course you can imagine what happened next, the other two attempted to see what kind of response their Android phones would have to the same command.  FYI, Android simply says “we are not programmed to respond to profanity”. Then they experimented with read aloud email trying to see if you typed the offensive word would the system read it aloud.  It does.   And so the balance of the trip was spent sending profanity laced emails to each other and then laughing hysterically when the systems read them without missing a beat.

We are normally very serious professionals all holding responsible jobs but for a few short days in Savannah we were a few high school girls who giggled at virtually anything….all this without the benefit of a glass or two of wine I might add!  Our emails since our return have the added sign off….G.F.Y. since we all have a need to prolong the joke and the memory of the trip.

Now, since our return, I have told this story a couple of times and the response has been the same every time regardless of age or gender.  First they pick up their iPhone if they have one and reprogram Siri.  Then they try the swearing to get a response and finally they type an email.  The delighted look in their eyes is priceless as they regress to a time when silly was really fun.  Reaching for your phone yet???? 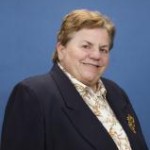