Happy spring tomatoes!  The Three Tomatoes LA Film Series is baaaack with an exquisite short film, making its US debut, directed by a tomato and starring a tomato. Get the details.  “Last Remaining Seats” hosted by The LA Conservancy and “The Taste of the Valley” hosted by the Valley Cultural Center are back too.  Want to help women achieve gender parity? Become an ambassador leader for Take the Lead. And how about help to spring clean our river?

It’s not just about seeing a classic film on a big screen, it’s about enjoying that film in a historic theatre.  Tickets for LA Conservancy’s 30th season of Last Remaining Seats just went on sale to the public. The new season actually starts June 4 but if you don’t want to miss out on the nine screenings, with backstage tours, post-film trivia show at Clifton’s and more, you might want to get a jump on it holding a place for you…soon.  Just a thought tomato.

I know, I know I write a lot about The LA Conservancy Events tomatoes.  But all of what they do and offer to the LA community is just so cool. It all started in 1978 with stopping the demolition of the Los Angeles Central Library and has become the largest organization of its kind in the US.    If you haven’t been prompted yet to check out their website and their mission I highly suggest you do.  You won’t regret it ladies. 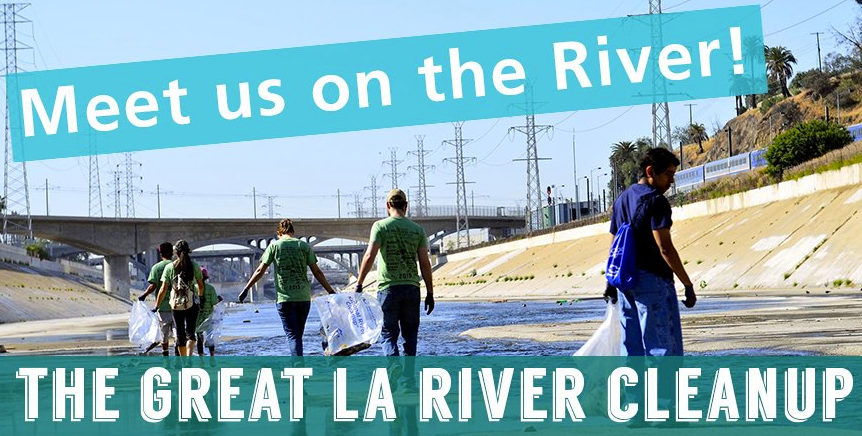 We are all so thankful for the big rains we’ve had this year, right tomatoes? But the El Nino rains have dumped a great deal of trash from the surrounding areas into the LA river.  Not good, right? The government can’t handle it all so FoLAR is stepping up to the plate again this year to be a friend to the river with The Great LA River Cleanup.  15 sites, 3 days and one river. If you like to do good and get a workout at the same time, then sign-up to help. Another nice way to celebrate Earth month gals.

In 1990 FoLAR (Friends of the Los Angeles River) hosted their first river cleanup and the LA River has blossomed and will continue to blossom as a recreational and beautiful waterway.  It has gone from 30 volunteers at the first cleanup to over a thousand at last year’s event. This clean-up is vital to the overall health of the river. “The Great LA River Cleanup” not only benefits the river it provides a chance for Angelenos to get to know the river. “When people get to know the river,” Karin Flores, FoLAR outreach coordinator, says, “they become stewards and advocates…”

FoLAR will provide volunteers with cloth gloves, but it’s a good idea to bring your own tomatoes. Also a good idea to wear sturdy shoes and sunscreen, and Flores also recommends bringing a grabber arm and boots if you have them. Enjoy the river spring cleaning.  You’ll feel good after and, of course, the river will too.

April 21.  Taste of the Valley

Taste of the Valley happens to be the largest food and wine festival in the San Fernando Valley ladies.  The Valley Cultural Center has hosted this event 17 years and you can imbibe and indulge with delish offerings from over 30 local restaurants and 90 wineries and microbreweries and help fund their programs at the same time..  Woohoo tomatoes!

I think spending a lovely spring evening (5:30 to 8:30 PM) in a 20,000 sq. ft. garden venue at Weisfields Topanga Mall in Woodland Hills sounds loverly for loverly tomatoes.   Ever wonder where all the FREE Concerts, Movies and Shakespeare on the Green on Topanga, as well as Children’s Performance programs come from?  Well, lo and behold, it all comes from The Valley Cultural Center.  That’s a monumental task tomatoes and The Taste of the Valley Event helps to fund those efforts. 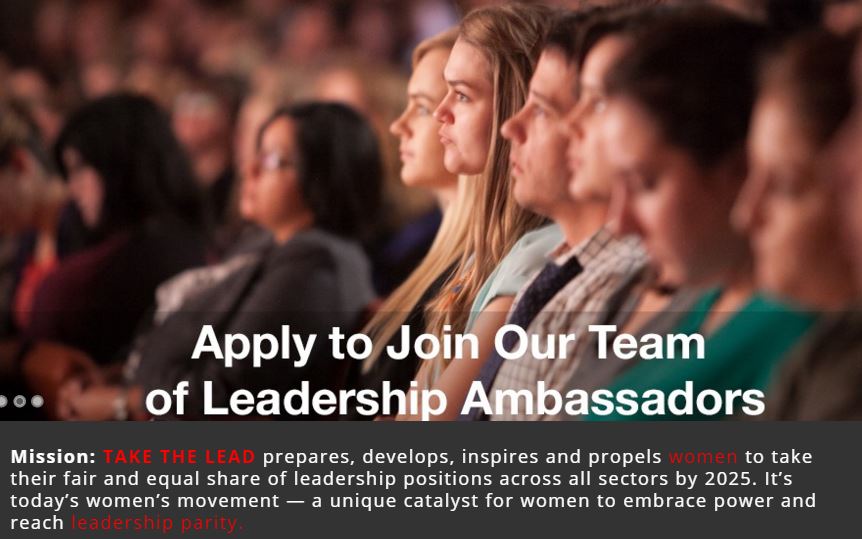 Here’s a great opportunity to become a certified Take the Lead trainer and leader and help women achieve gender parity in leadership across all sectors by 2025. That’s 70 years sooner than the current pace!   Join a diverse, intergeneration group of women leaders and trainers on April 20-21 in Santa Barbara.  Over the course of two days, you’ll become certified to each Take The Lead’s core curriculum and enjoy marketing and support from a growing national Take The Lead community.