The Catalina Film Festival is back this weekend and what a magical place to hold a film festival. Just sayin’. Speaking of festivals… Abbott-Kinney is a super cool place to shop and dine but this weekend it’s home to the free Abbott Kinney Festival.  And now you can take all the LA Conservancy Walking Tours for free through the end of November. Wow! 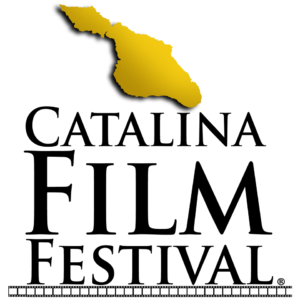 Avalon is a picture perfect city on an enchanting island…Catalina Island to be exact gals. Catalina is steeped in rich film history so what a perfect combination…island paradise + film festival. A double whammy in pleasure because Catalina feels like another world and the films transport you as well. The Catalina Film Festival, which is non-profit and benefits the Catalina Island Conservancy and other local charities, will feature around 100 films with 11 categories over the weekend.  Me thinks it is time to visit an island and find inspiration through environmental beauty and art of film tomatoes.

The Catalina Film Festival is a non-profit Public Benefit Corporation comprised of industry professional that love film and the creative process (and people) involved with making it happen. Their platform is based on education, art and entertainment, and supporting the local charities and economic stimulus of Catalina during the off-season months. Through amazing independent film screening and inspiring events, the festival present a wide spectrum of film making: feature film, documentaries, screenplays, animation, short films, horror, student work, and also focuses on a separate series of films within the festival that are dedicated to conservation (which is a category awarded along with our beneficiary, the Catalina Island Conservancy), honoring those filmmakers dedicated to nurturing their goal of protecting, restoring, and experience the power of nature all over the planet.

For 31 years The Abbott Kinney Foundation has been giving back to the Venice community by hosting the free “Abbott Kinney Festival” taking place at the mile-long stretch of the iconic Abbot Kinney Boulevard. ​This festival ​is ​one ​of ​the ​largest ​of ​its ​kind ​in ​the ​country and the Foundations biggest fundraiser. ​This ​FREE ​community ​event ​attracts ​nearly ​120,000 ​attendees ​with 300 unique vendors, top-notch food trucks and booths and 5, I’m saying it again…5 music stages, with beer gardens and lots for the kiddos to do.  Sounds like a great place to be this Sunday tomatoes and support their spirit of giving back to the community.

The Abbot Kinney Festival Association is a 501(c)(3), grant making organization, that supports community-based organizations in Venice with an emphasis on youth, community, and the arts.

Tomatoes if you join up as a member of the LA Conservancy before the end of September you can register for all LA Conservancy  Walking Tours scheduled through November 28th for FREE. Why? It’s their 35th Anniversary!  Trust me gals it is worth it to be a member.  If you are already a member…Yahoo…same deal applies.  FREE for you too.  But gotta pick your tour and register for it ladies before the end of September.  What a fab deal!

Since 1980, the Los Angeles Conservancy has introduced countless Angelenos to the rich history and culture that downtown’s architecture has to offer.

Discover—or rediscover— the history and heart of this great city as they mark the 35th anniversary of their signature Walking Tour Program.