“Dying to Know” is an award winning film coming to LA that will definitely resonate with tomatoes-for a number of reasons. The “Sunstock Solar Festival” is not only 100% solar powered to support a good cause but also a Zero Waste event! Me thinks “Nine Dresses”, Brenda Varda’s one woman show about fashion obsession will appeal to you ladies on many levels. A pittance is worth a lot more than you might think tomatoes and Pittance Chamber Music showcases the best of the best talent that will delight and surprise you. 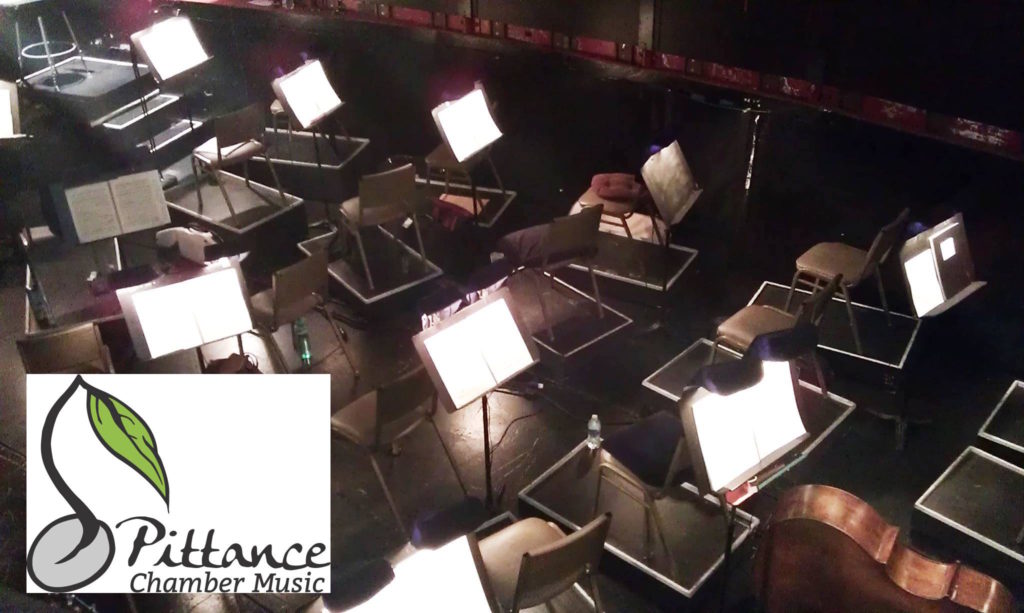 I adore this idea! Out of the orchestra pit the extraordinary talents of the artists that normally reside in the dark rise to the surface of the stage for all to appreciate.  Pittance Chamber Music shines a bright light on these invisible musicians from the award-winning LA Opera orchestra and chorus this Wednesday.  Presented in small groupings it gives you a more intimate look at these incredibly talented artists and a chance for them to get the acclaim they deserve.  An evening of high caliber chamber music at the Pasadena Conservatory of Music gives you a closer look at these deserving artists and makes your hump day a lot more enjoyable tomatoes.

These artists will be performing their favorite pieces from a variety of repertoire ranging from Beethoven to Gernot Wolfgang. Pittance host, actor Miguel Perez, will enlighten the audience with brief historical notes and anecdotes about the repertoire and the performers.  Violinist Lisa Sutton, who is the Associate Concertmaster of the Los Angeles Opera Orchestra, founded Pittance in 2013. Pittance Chamber Music rules.  It is this Wednesday so get your tickets soon tomatoes 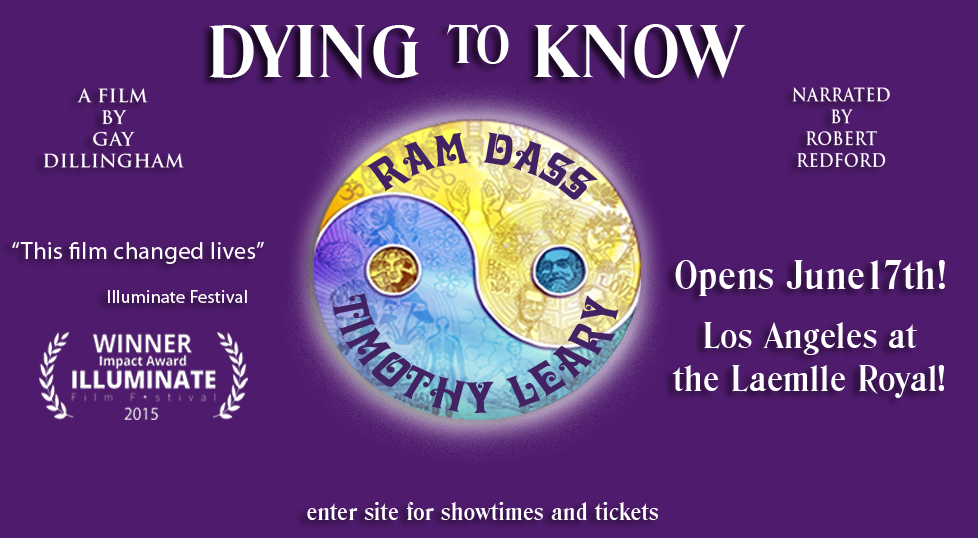 Wouldn’t it be cool to eavesdrop on the final conversation between counterculture luminaries Ram Dass and Timothy Leary? Well you can tomatoes! “Dying to Know: Ram Dass & Timothy Leary”, the award-winning new feature documentary narrated by Robert Redford and 20 years in the making, captures the two counter-culture giants in an intimate and entertaining conversation about a lifetime of friendship, work, death and the psychedelic explorations that began it all. Let me say it again…20 years in the making and the last time ever filmed together. Plus and most importantly, it is directed by Gay Gillingham and she’s a tomato. Honestly, we gotta support women directors!

“Dying To Know” incorporates 80 years of rare footage and never before seen interviews of Leary and Ram Dass.  It brings to the forefront just how influential they were and a look at their extraordinary groundbreaking lives.  And what a life they had ladies! The LA premiere run at the Laemmle Royal starts today!

Tomatoes this isn’t just your usual festival with a fun evening of live music, local artists, food trucks and vendors, which is always great of course,  but this is a solar powered, zero waste and nonprofit festival to do good plus you’ll find it at the ever so cool Autry Museum.. 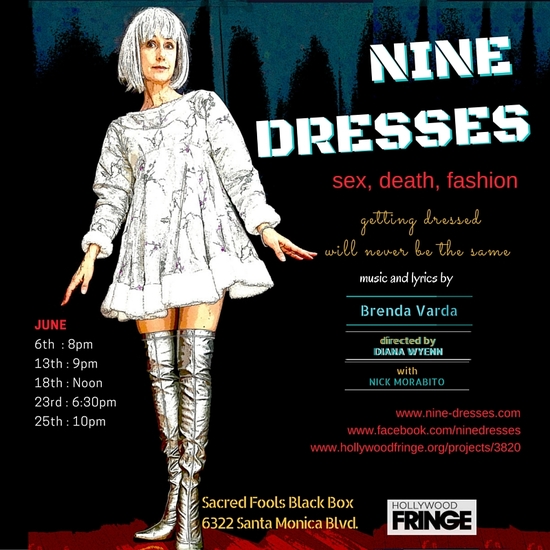 “Nine Dresses: Sex, Death, Fashion” has only 3 more performances of the premiere production of Brenda Varda’s new solo-cabaret extravaganza, “Nine Dresses”. Lucky for us, Brenda’s discovery of nine virgin dresses in the deep recesses of her closet sent her on a journey into the pleasures and pain of fashion and she turned that journey into a one-woman musical with songs like “Shopping Therapy”, The Nine Circles of Fashion Hell” and “What Were You Thinking?!” And…a lot of fab dress changes! Need I say more?

“Nine Dresses”, a part of the Hollywood Fringe Festival, pulls away at one woman’s fashion delusion with stories, history and songs in an attempt to strip down to the real reasons that the Goddess of Fashion has such a hold on our cultural identities!  Act quickly and get your tickets because as I said only 3 performances left tomatoes.