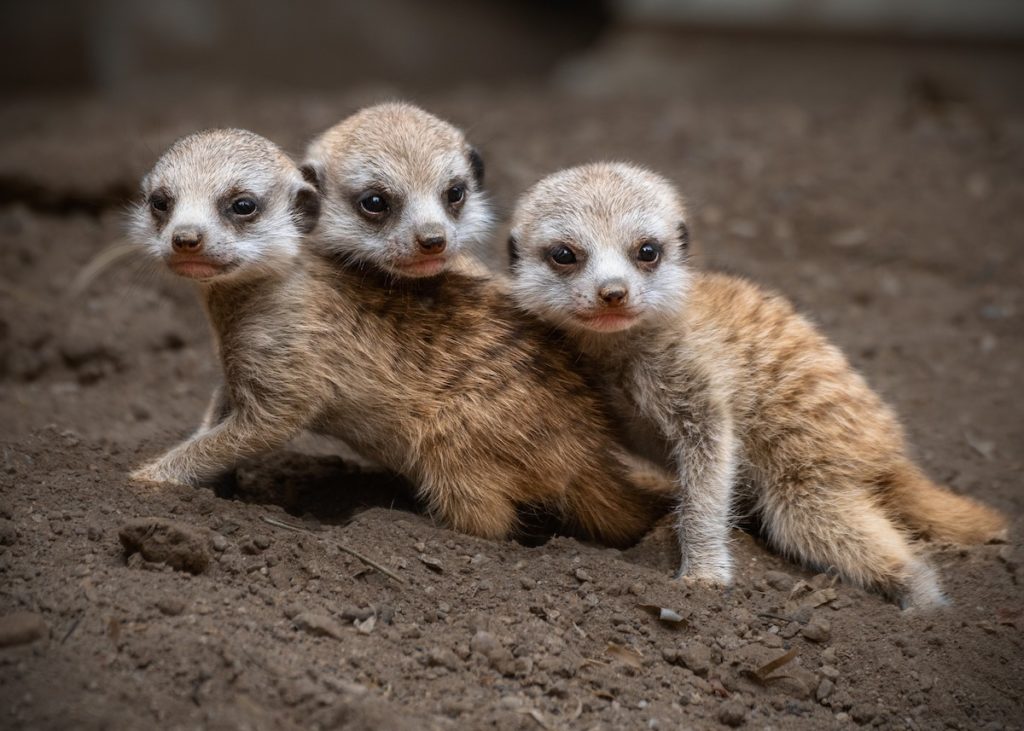 Three new baby “Meerkats” at the LA Zoo are giving visitors a big dose of cuteness. “Magnolia Park Night Out” rolls out the red carpet because every shopper is a star. You might think there isn’t much bloomin’ in August, but think again, because Huntington Gardens is always blooming. “The Lost Train” Webinar will tell a stunning story of survival. And “Ever Present: Refuge” at the Getty Center Garden is designed to fill you with a sense of comfort and a desire for contemplation.  Listen in to this week’s inspiring Happy Hour Podcast. Have a glorious week, Tomatoes. 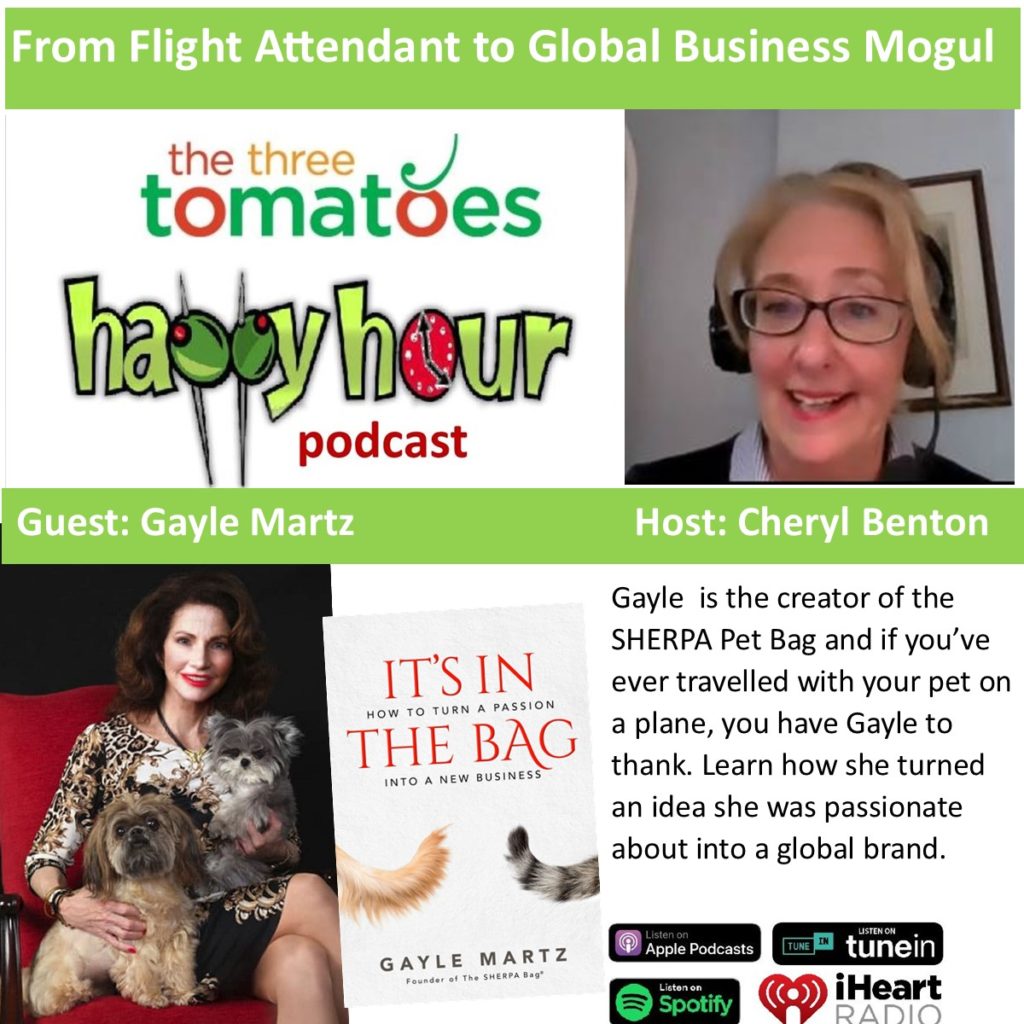 With true grit and determination, Gayle Martz created the soft-sided pet carrier category from scratch and turned it into a global brand. Gayle shares some of the trials, tribulations, and challenges along the way. Whether you’re an entrepreneur, a budding entrepreneur, a pet lover, or you just love hearing success stories, this episode is for you. LISTEN IN HERE.

What’s New at the Zoo

Boy oh boy does this Meerkat Mom have a handful with these three new baby Meerkats who are exploring their habitat, playing and, of course, nursing.  The cuteness of the Meerkats babies is delighting visitors. And that’s not all. There’s a ton of fun awaiting you at the LA Zoo and Botanical Gardens, Tomatoes.

The three adorable meerkat pups recently emerged from their underground den, and they are a big hit. FYI: Meerkat pups are born underground and are blind, deaf, and hairless. At four weeks old, they are mature enough to venture out of the den for the first time. Angela, the Zoo’s adorbs baby Gorilla, is also peaking everyone’s interest with cuteness that doesn’t quit. Plus, there is a new Dragon in town. A 3-year-old Komodo dragon that is.  And it ain’t all about the animals…let’s not forget the LA Zoo’s wondrous Botanical Gardens. Our Zoo is simply amazing, Tomatoes! 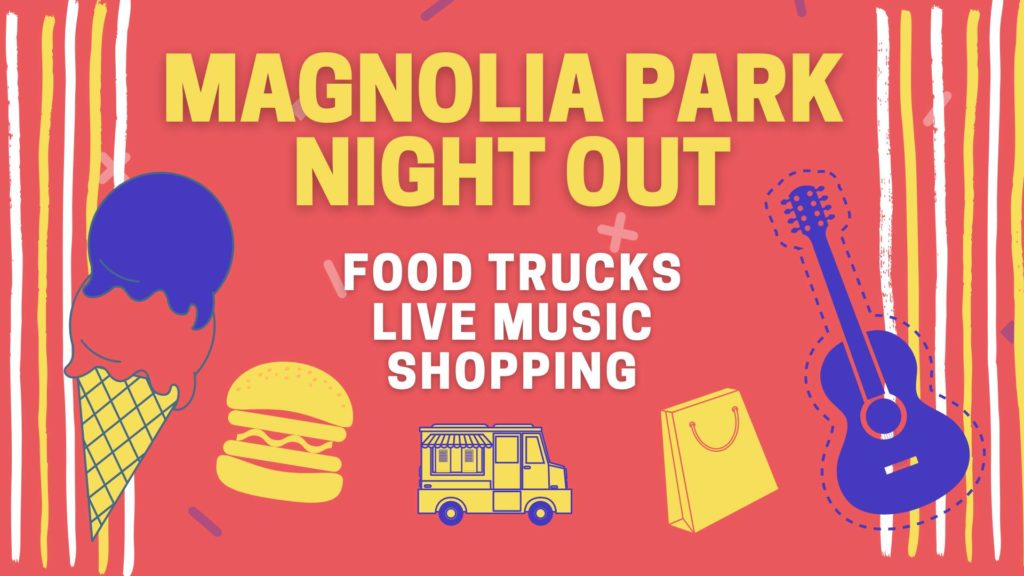 It’s a shopping extravaganza with food trucks, live music, and more surprises.  A marvelous opportunity to enjoy late night shopping on a charming street with a quaint small-town feel. “Magnolia Park Night Out” is sponsored by the Magnolia Park Merchants Association and it is such a good way to support the local businesses in this neighborhood, Tomatoes.  Have fun!

Bloomin’ August at The Huntington 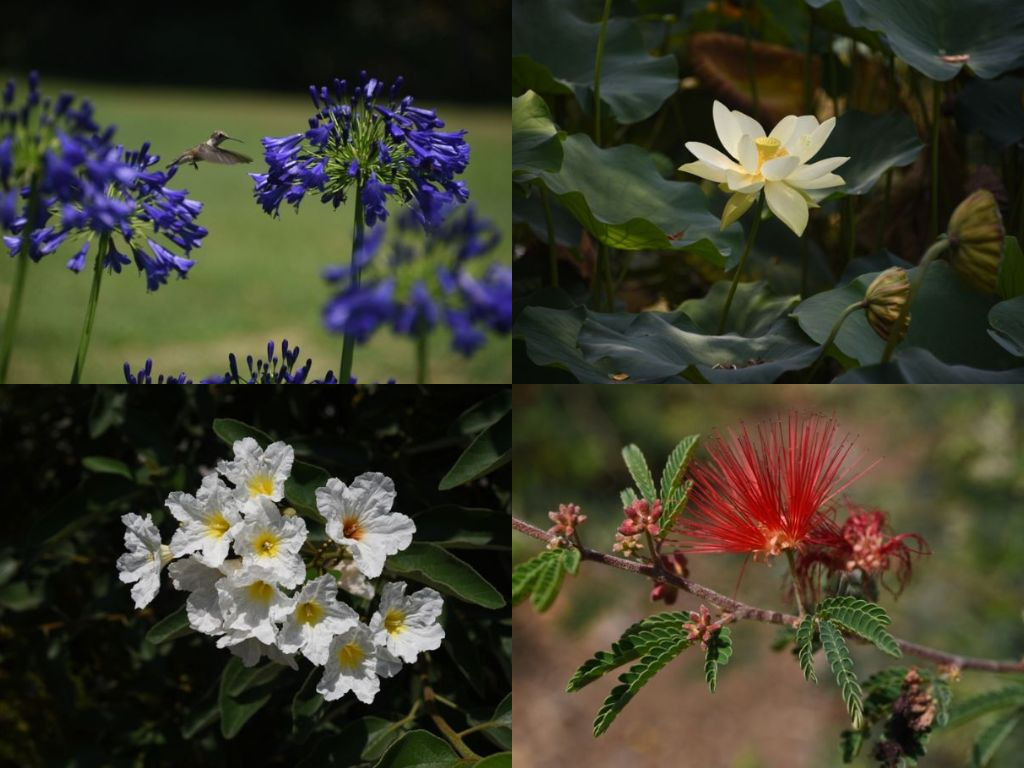 It may surprise you but there is a plethora of different types of blooms adorning the gardens of “The Huntington Library, Art, and Botanical Gardens” in August, Tomatoes.  The August blooms are just waiting to show off for you, Tomatoes.

In the shady spots you will find the bright colors of Lily of the Nile, Baja Fairy Duster, Hibiscus Scotti, and Lotus in their full glory and many more. So now is as good a time as any to stroll, relax and enjoy the flowers in Huntington Gardens.  As I said, there is always something blooming at the Huntington Botanical Gardens. That’s just how they roll, Tomatoes 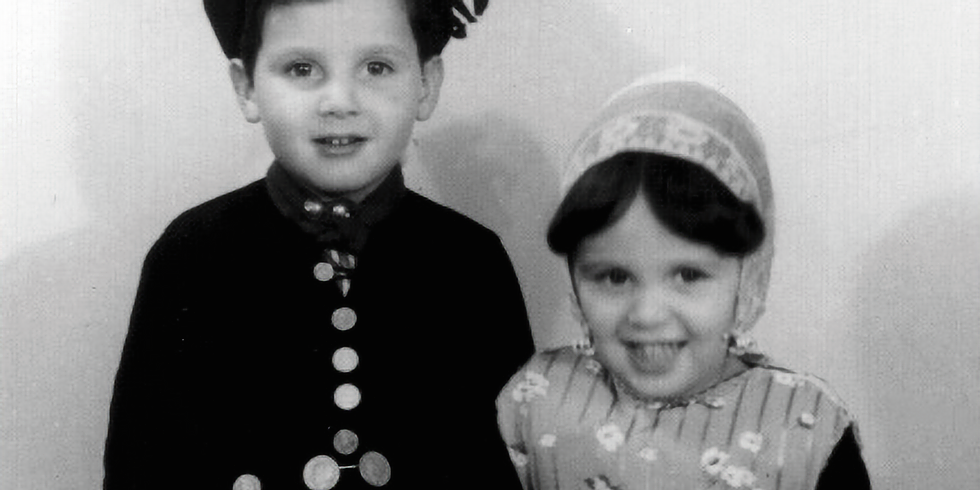 Twins, Marion Ein Lewin and Steven Hess, born in 1938, will share their family’s remarkable story of survival and little-known history of the Lost Train during the webinar, “The Lost Train: Survivor Twins Remember,” hosted by The Holocaust Museum. It truly is an important story that needs telling, Tomatoes.

Twins Marion and Steven were just five years old when they were arrested along with their parents in Amsterdam and eventually deported to Bergen-Belsen Concentration Camp. In April 1945, as the Allied forces approached, the Nazis loaded the Hess family onto what became known as the Lost Train. To find out what happens next, join the webinar on August 24, Tomatoes. 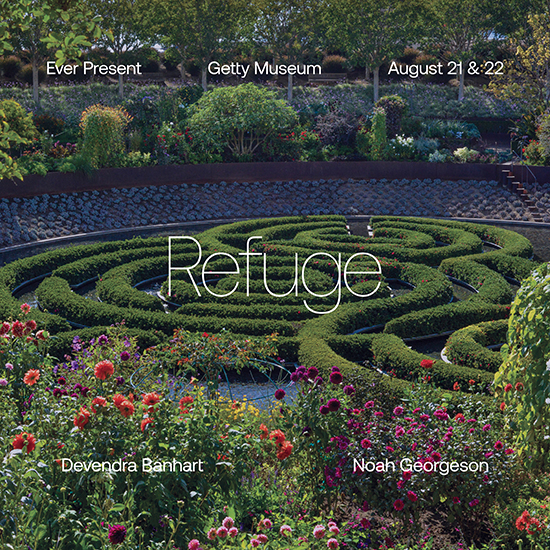 The “Ever Present” Series reflects the words you will find on 2 stones in the Getty Centers Central Garden that are engraved with these words: Ever present / Never twice the same / Ever changing / Never less than whole. The garden is the backdrop for “Ever Present: Refuge”, that is a unique and lovely listening experience filling this heavenly garden, Tomatoes.

“Ever Present; Refuge” is an album of new ambient music by Devendra Banhart and Noah Georgeson, that will stream through the Getty’s Central Garden via a custom sound system set up throughout the garden’s circular pathways. Relax on the lawns with a picnic, grab a bench, or wander among the blooming flower beds as the sonic vibrations clear the air for a new era. 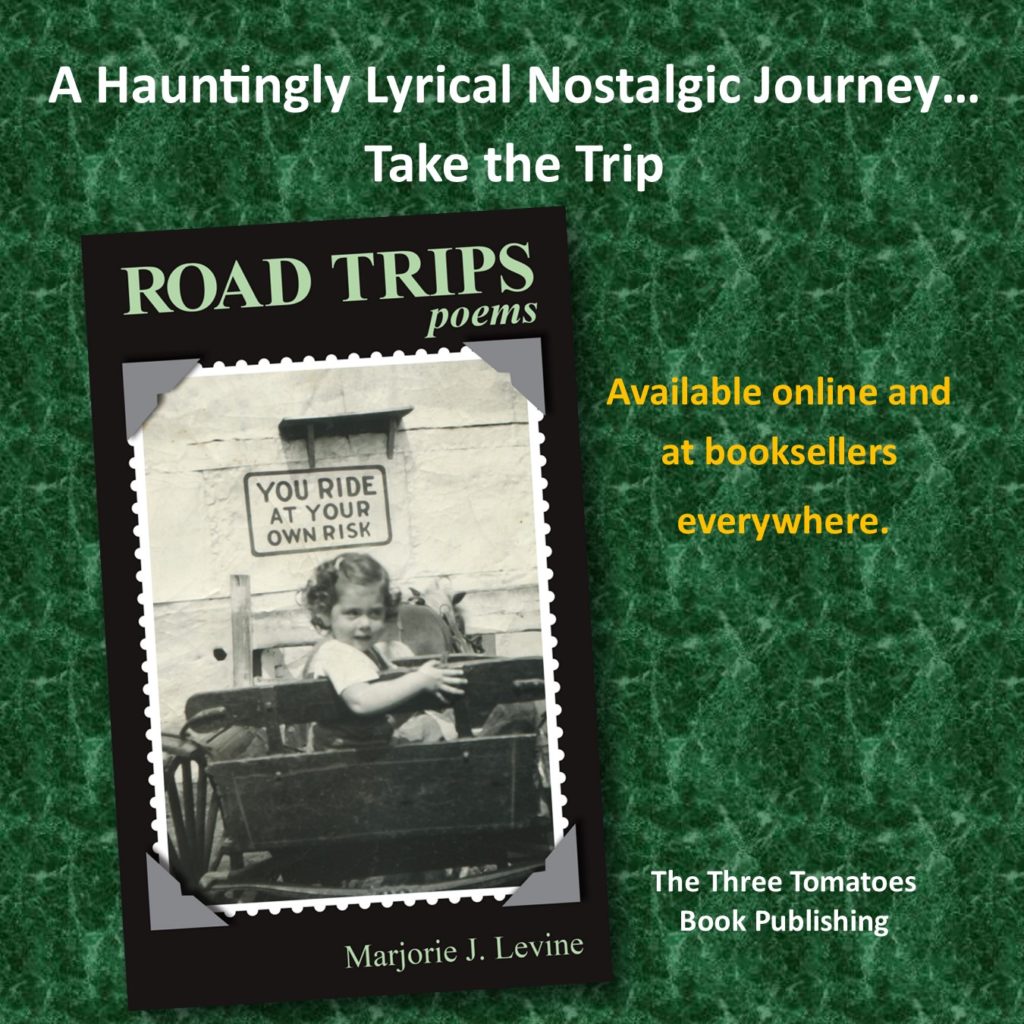 A masterful book of poems with incredible reviews. GET IT HOW.