Looking at the California sky through glass is a fantastically unique experience and it inspired artist Randy Lawrence to create “Phantasma Gloria”, the iconic glass art wonderland at his home “RandylandLA”. The City of Los Angeles kicked off Native American Heritage Month so it is the perfect time to celebrate and satisfy your shopping cravings with “The American Indian Arts Marketplace”. Wine and Chamber music at Disney Concert Hall makes for an exceptional evening, ladies and one such evening is coming up. The “LA Supports Wine Country” event will raise funds to support the recovery and rebuilding efforts in California’s devastated wine country. They could use Tomatoes’ support. 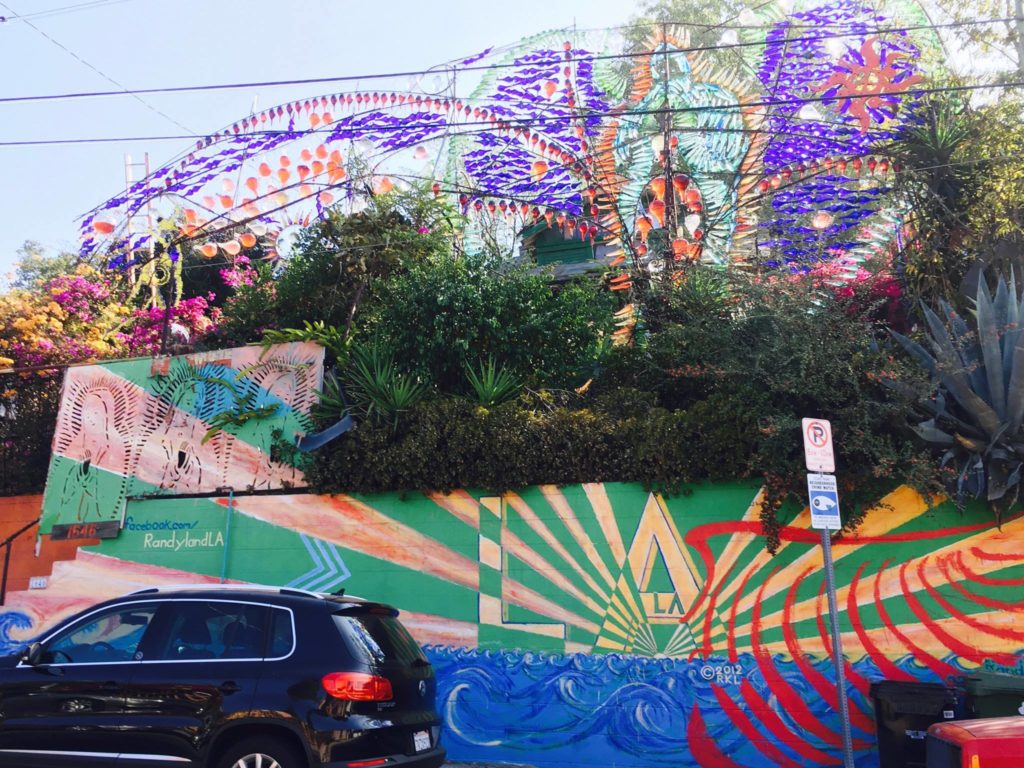 I am gob smacked that I did not know about “Phatasma Gloria” at RandylandLA in Echo Park because it looks utterly amazing. Phatasma Gloria is the world’s first massive mosaic made of many large lenses suspended in air with open spaces in between. One can see the sky (shrunken & upside down) inside more than a thousand large lenses. Oh my! Put that on your list of incredible “things to do” in LA.

And Tomatoes can see that marvelous view up close and personal! One day a week at RandylandLA artist Randy King Lawrence opens his glass kingdom of art to the public Tomatoes! The Phantasma Gloria is 50 feet long and towers more than 37 feet over the street. It features the Virgin of Guadalupe, complete with enormous cobalt blue wings. Believe it or not but Phantasma Gloria isn’t finished. Soon a giant glass pagan goddess (with a big glass sun-burst in her belly) will stand next to the titanic Virgin of Guadalupe, just so nobody feels left out.

A pre-show reception offers a variety of wines from the vineyards of Lorimar Wines in the soaring space of BP Hall before the concert performed by members of our own Los Angeles Philharmonic. 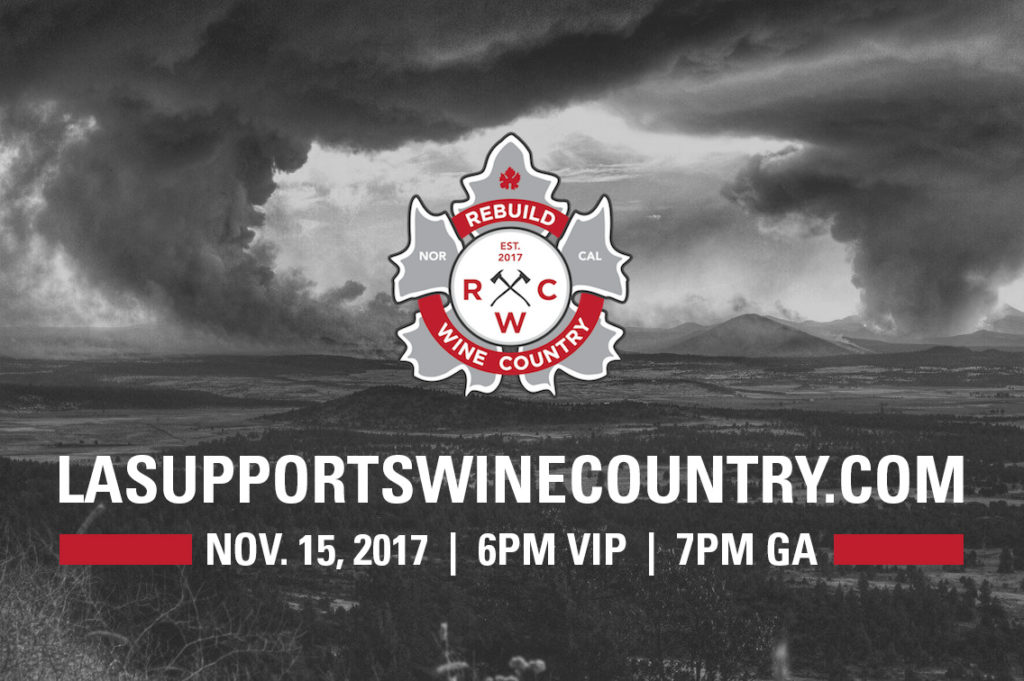 To help bring the affected California communities closer to their relief and recovery fundraising goals, “WineLA” is hosting a benefit for “Wildfire Relief” supporting “Habitat for Humanity” –to ensure proceeds directly reach those victims in Wine Country that need it most. The damage and loss from those horrific fires is staggering, but “LA Supports Wine Country” is a beginning Tomatoes.

Entertainers, bands, DJ’s appearing on all 3 mega stages at the Peninsula Hotel in Beverly Hills – Costumed performers walking the aisles – Artwork from local artists, Silent Auctions, and a plethora of food and wine from over 100 wineries makes for a spectacular event! And if that’s not enough it is a perfect place to Holiday shop with 100% of the proceeds going to charity.  And there are so many ways to help gals: by attending or donating online.  Let’s show Northern California how much LA Tomatoes care!