Did someone say “Bread”? The yummy “Bread Festival” …or should I say “Carb Overload Festival” is back at the Grand Central Market. Let that pic work its magic on your taste buds a moment. Power to the people tomatoes! The Hammer Museum is unveiling their new summer film series…”People Power” and it packs a powerful punch.  And speaking of powerful, the Library Foundation of Los Angeles’s ALOUD summer season opens this Tuesday with an awesome array of guests. As far as chorale performances/presentations, the upcoming Angel City Chorale performance of “Interactive” is going to be OUT OF THIS WORLD. 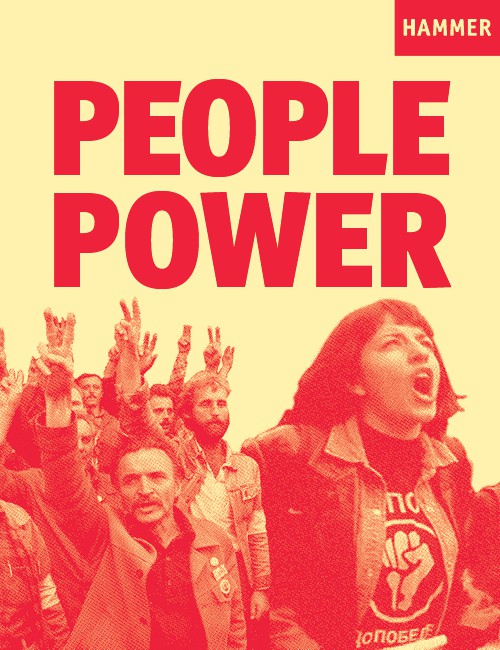 The Hammer museum is giving power to the people with their new and FREE documentary film series “People Power”. The Hammer presents 300 dynamic and free programs annually and this program serves up plenty of inspiration and insight with powerful (there’s that word again) films highlighting grassroots political movements that have been successful in today’s world.

These are important films and let me repeat ladies…they are free!

June 27: United in Anger: A History of ACT UP
See how ACT UP forced the US government and media to face the AIDS crisis.

This is going to be a stellar summer for the celebrated and critically acclaimed ALOUD series, funded by the Library Foundation of Los Angeles,  and for us too tomatoes. ALOUD is presenting an exceptional slate of original programming with top notch and award-winning leaders in their field. Methinks an evening with Alan Alda falls in to that category ladies.

Exchanging ideas, fostering dialogue, and bringing together our community to achieve a greater understanding on a wide variety of topical and enduring issues it the goal of the ALOUD series. It also doesn’t hurt that these conversations and civic dialogue occur with some of the most outstanding authors, scientists, historians, poets, journalists and artists of our time in the Central Library’s beautiful Mark Forum Auditorium.  A great opportunity to get stimulated and inspired ladies.

I kid you not, tomatoes, there is some pretty cool stuff going on with this one-of-a-kind production that combines the 22 piece orchestra, the choir (166 + singers) and cyberspace to break down the barriers between performers and audience. The concert aims to please all music tastes and all ages. And there is also something in it for Beatles fans tomatoes.

Those two nights they will be premiering a new app, The Youth Orchestra App and a song that incorporates a sound new to the human ears. Visual artists will be interpreting the performance live on VR screens and there’ll be a live stream with performers from South Africa.  And let’s not forget Sue Fink, ACC Founder, Artistic Director, & Conductor is a tomato gals. As I said super cool stuff tomatoes.

Well the Grand Central Market is to blame for hosting this celebration of SoCal’s artisanal bread renaissance and the many flavors of the very best of LA bread for a third year.  And they are very sly to make it free gals. Oh, what the heck, bread lovers have at it!  OH GEEZ! There’s a butter making workshop too!