LA Life: The Taste, The Fair, The Facelift, and Time Travel

Guess what is back in town gals this Labor Day weekend? The LA County Fair! Plus it is time again for the Art Deco Festival on the Queen Mary. And if that isn’t enough for you this weekend, The Taste hosted by the Los Angeles Times is bigger and more…”tastier” than ever. And Clifton’s Cafeteria after years of neglect and closures is back as well and making a stunning debut opening to benefit The LA Conservancy.  And don’t forget to get your tickets to The Three Tomatoes Film Series Event on September 19th.  Only two weeks away. How do you like them apples tomatoes? 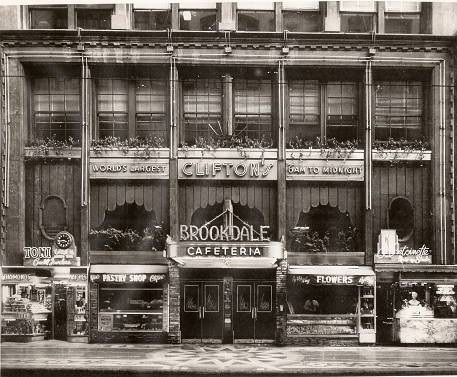 Clifton’s Cafeteria aka Clifton’s Brookdale, has been a legendary landmark in downtown LA since 1931. In its heyday, Clifton’s served as many as 15,000 meals a day. Wow! After years of neglect Clifton’s closed in 2011 but it has now been given a $10 million makeover that maintains its forest themed atmosphere, and its rich spirit and history. The new Clifton’s will hold its official opening event on September 21st as a fundraiser for the LA Conservancy.  How perfect!

This is an amazing chance to celebrate the highly anticipated comeback of Clifton’s while supporting preservation throughout L.A. There is no time to waste ladies because VIP tickets are already sold out. Get your tickets and a sneak peak at all the wonders that lie within Clifton’s walls before everyone else. 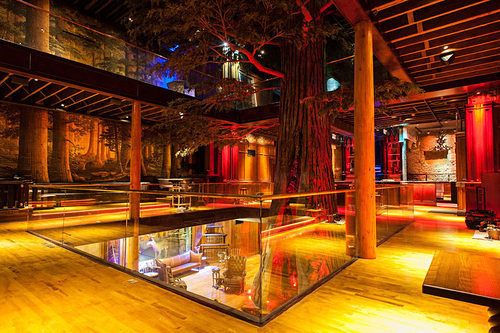 The new Clifton’s opens officially to the public Tuesday Sept 22nd from 11AM -2PM. Clifton’s is simply a magical fantasy with something unusual in every nook and cranny including a 3-story atrium, an historic soda fountain, specialty grocery store, five distinct lounges and bars, a butcher shop and world class bakery– along with several surprises—like…a 250-pound meteorite perched on a Gothic-style bar created from a 100 year old church altar.  And that is just the beginning tomatoes. Did I mention that it is also open 24 hours a day? There is a selection of over 100 meals (many comfort food choices) and they are all made from scratch. There will be low-cost subsidized meals offered in keeping with the original spirit of Clifton’s. Wow! 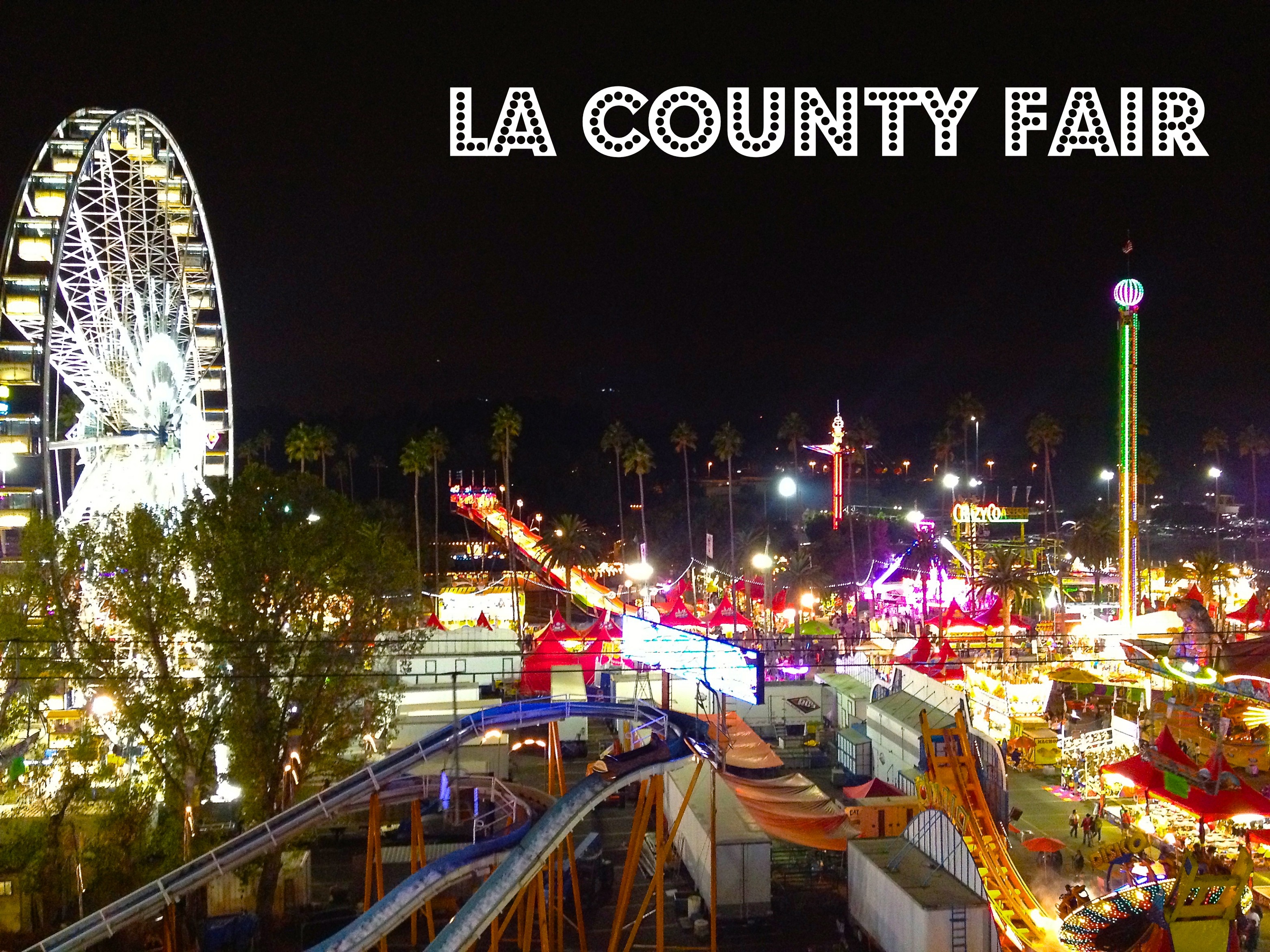 This is one of the largest (400 acres) and most diverse county fairs in the U.S and the excitement starts with some of the all-new attractions. One such new attraction, Popnology, is a mix of pop culture and technology with 30,000 sq ft of interactive experience. Deep-Fried Guacamole and Spicy P&J Burgers will be delighting taste buds for the first time gals.  Give that some thought.  There is always the traditional Cuisine-on-a-stick which is only available at the LACF. Forever young legendary tomatoes Patti LaBelle and Chaka Khan will open the “End of Summer Concert Series” and rock the house. You get the drift.

You can dance the night away at the Grinding Gears dance club or stroll through Mardi Gras at the Flower & Garden Pavilion. The Farm has made significant growth by adding 4 more acres with some new furry precious critters among the other 500 from around the world.  What’s not to love about that?  Get more details. 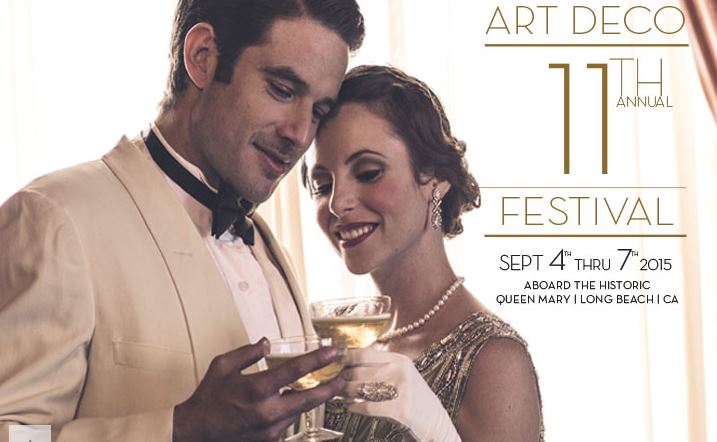 The Queen Mary is the perfect place for time travel and who better to host an Art Deco Festival than this “The Grand Old Lady” who is LA’s crowning jewel. Slip into those vintage duds and take advantage of a marvelous opportunity to immerse yourself in the Golden Age of Travel with the 11th Annual Art Deco Festival presented by the Queen Mary in association with the Art Deco Society of Los Angeles.  It’s a full on vintage experience amid the the largest collection of Art Deco in the world on one of the greatest sea vessels in history.

You can stroll, drink, dine, dance and enjoy a variety of events, with other vintage lovers dressed in period garb. Plus tomatoes there will be shopping on board! Maybe a minor detail but music to my ears. You can book a room for the entire weekend or just visit for the day.  There are a wide range of ticket prices for each scheduled program or event. It’s like taking cruise in a glamorous by-gone era yet there is no risk of seasickness.

There’s going to be dreamy and yummy tastes at The Taste this weekend. The massive LA Times food festival is back celebrating the best authentic food and drink in LA, with seminars, wine tastings, and, of course, tons of food from celebrity-name chefs and oodles of fun tomatoes around every corner.

The event will be held at Paramount Studios Backlot, which is one of the coolest studio backlots EVER.  If nothing else tomatoes it’s a great way to see where movie magic happens. And if you are an LA Times subscriber, well, you are in luck because you can save $25 on tickets. Hip hip hooray!

Not too shabby gals.