LA Theater: The Many Charms of I Only Have Eyes For You 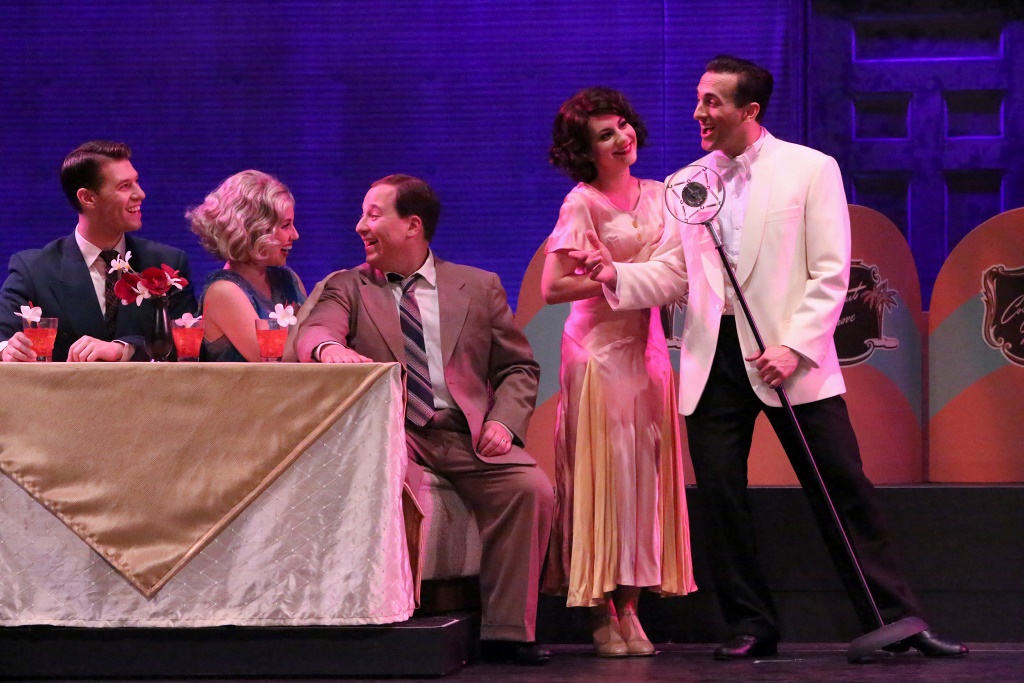 Lovers of the era of Busby Berkeley movie musicals are getting a double whammy of Golden Age goodness this month with a pair of musicals playing only two blocks from each other in Hollywood. I Only Have Eyes For You is already running at the mid-sized Ricardo Montalban Theatre on Vine and, very shortly, 42nd Street will open at the much larger Hollywood Pantages. Both are inescapably linked by their subject matter.

The latter is a Tony Award-winning musical based on the 1933 Warner Bros. film that made Ruby Keeler a star, featuring songs by lyricist Al Dubin and composer Harry Warren. The former tells the story of Dubin’s troubled personal and professional life, and includes the back story to 42nd Street among its significant events. The two musicals even share five songs written by Dubin and Warren: “Shuffle Off to Buffalo,” “We’re in the Money,” “Lullaby of Broadway” and both title songs – “42nd Street” and “I Only Have Eyes For You.”

But while 42nd Street has already established itself a winner, the newer I Only Have Eyes For You is still looking to make its mark. Originally produced in the late ‘90s at the since-demolished Tiffany Theatre on Sunset under the name Lullaby of Broadway, it boasts a number of charms in its newly-retooled version. Among them are a first-rate cast, beautiful period costumes, bright witty choreography, and of course, those wonderful tunes. And with director/choreographer Kay Cole helming the production, every dance number is a gem. 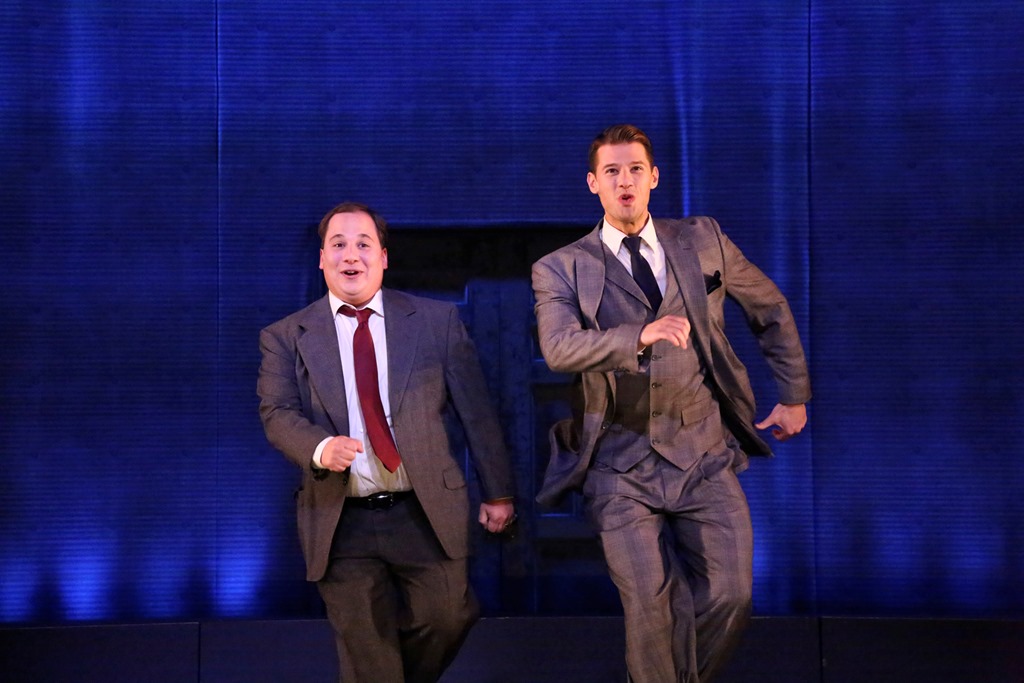 When Al (Jared Gertner) meets Harry Warren (Constantine Rousouli) over oysters in Grand Central Station, they seal the deal on their new partnership with a terrific song-and-dance number, “With Plenty of Money and You,” reminiscent of the old vaudeville buddy acts. A lingerie-clad sweetheart (Valerie Perri) and her three muscle men in turn-of-the-century bathing costumes (Julian DeGuzman, Karl Warden, and Justin Michael Wilcox) brilliantly play the comedy card (one of many in Cole’s dance specialties) during “Mechanical Man,” while Ruby (Kayla Parker) and Syd (DeGuzman) show off their skills in a classic tap “rehearsal” number “You’re Getting to be a Habit with Me.” 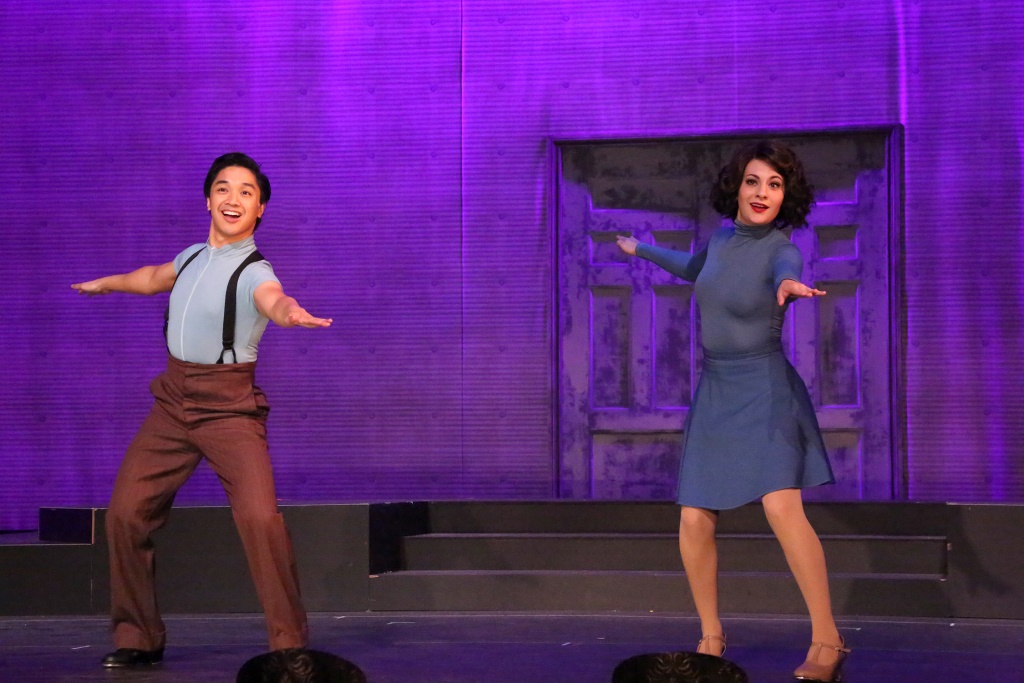 The most beautiful of the bunch is the opening of Act II which pairs Dubin’s long-suffering wife Helen (Nikki Bohne) singing “Painting the Clouds with Sunshine” with two dancers (Kim Taylor and Warden) performing an exquisite pas de deux behind her. Even the scene changes offer up snippets of personality with dancing waiters and porters rolling on set pieces and tapping off into the wings. It’s a given that the big numbers like “42nd Street” and “Lullaby of Broadway” will provide even larger doses of pizzazz.

What is still not yet fully fleshed out is the connective tissue; the story between those classic songs and remarkable dance numbers. The framing device for this bio-musical is unclear, beginning initially with Helen telling the story but that idea is quickly abandoned. Subsequent vignettes offer the bullet points of Dubin’s life and the obsessions that tortured him, but bookwriters Jerry Leichtling and Arlene Sarner don’t always achieve a natural flow between the elements.

Sometimes it is a case of inserting the wrong song, as when Dubin returns after a 4-day bender only to find he’s been replaced as Warren’s writing partner by Johnny Mercer. They argue and, after Dubin leaves, Warren sings “Don’t Give Up the Ship” a song about not giving up on a friend…after it looks like he’s given up on his friend. At other times, the lead-in to, or transition out of, a song doesn’t serve the story, or a scene simply stops for the next number, as in the cut to the finale. Either way, crafting a book to go with a set of pre-existing songs is like putting together a puzzle. When the pieces fit, the picture is divine but you can always tell when the edges don’t line up. 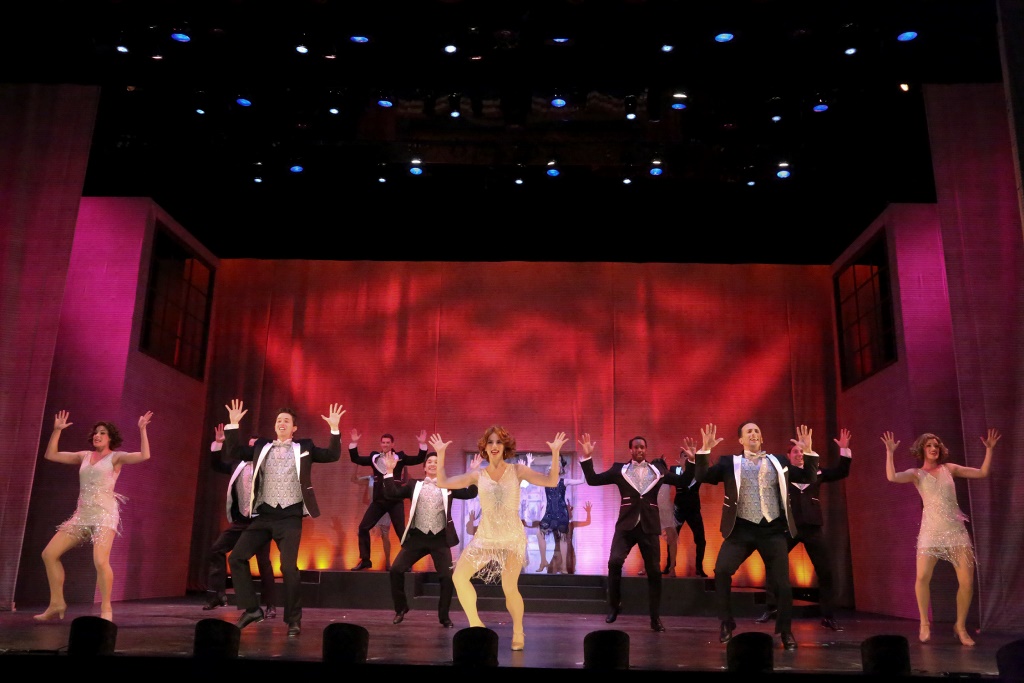 Regardless of those challenges, the cast really delivers the goods. The role of Al Dubin appears tailor-made for Gertner who is sweet, charming, infuriating, and absolutely wonderful in the role. His eleven o’clock number “Boulevard of Broken Dreams” is a film noir-inspired showstopper and Gertner delivers the dramatic turn beautifully. Bohne possesses a lovely soprano voice that adds depth to her winsome appeal and Rousouli is extremely likable as Dubin’s most significant professional relationship.

The famous personalities that populate Dubin’s world are also brought to life by a group of dynamic entertainers. Kayla Parker is a breath of fresh air as Ruby Keeler, the tap dancing starlet who married Al Jolson, played by Justin Michael Wilcox. Jolson’s sound was unmistakable and Wilcox has his vocals down to a T. In fact, musical director Gerald Sternbach has achieved something rare with this production. The individual voices, and resulting overall character of the show’s sound, completely recreates the classic movie musical sound of the ’30s and ‘40s. It’s stylistically consistent with the genre throughout – from orchestra to vocals to sound design (Cricket Myers at her finest once again) – and that alone is a delight.

There are also strong performances by Elijah Rock as charismatic jazz singer and bandleader Cab Calloway, Dominic Pierson as the great showman Busby Berkeley, and Valerie Perri, who has perfected the art of a Jewish mother’s guilt, as Dubin’s mother.

One other element of the production design bears special mention. Much like Sternbach has captured the sound of the movies. so, too, has lighting designer Brandon Baruch captured the style of visual richness you can only find in film. At times, the stage would take on a glow that was absolutely sublime. One beautiful example is the way he lit Helen during the reprise of “September in the Rain.” The combination of her vintage red gown, a simple gold tablecloth and chairs, and a floor to ceiling blue curtain somehow all melted together under the lights to create a breathtaking effect. The gorgeous costumes are by Debra McGuire and stylish set pieces are by John Iacovelli.

In many ways the show feels like a vintage love letter to the Golden Age of film. It bridges the period before and after the stock market crash, from Broadway to Hollywood, vaudeville song and dance to Tinseltown talkies, and that makes for a wonderfully happy night at the theatre. There’s work to be done but still much to love.

I ONLY HAVE EYES FOR YOU

Wednesdays, Thursdays and Fridays at 8pm; Saturdays at 2pm & 8pm; Sundays at 3pm