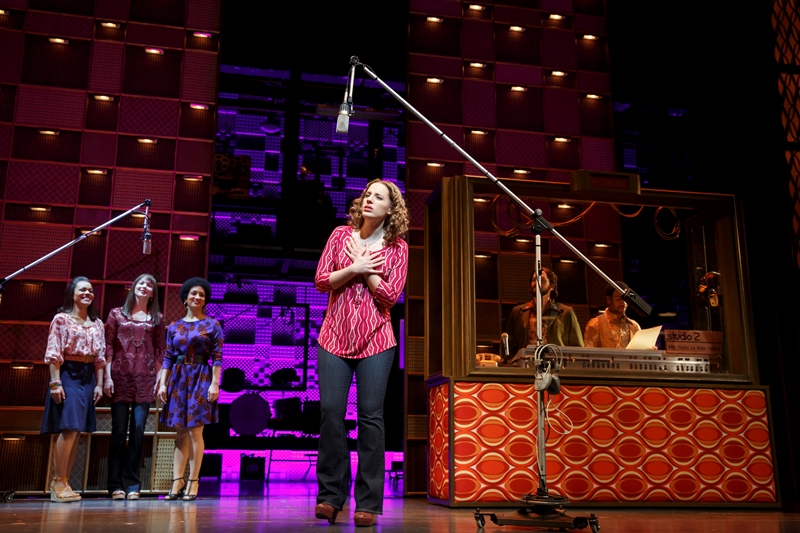 Jessie Mueller and the original Broadway cast of Beautiful. Photo by Joan Marcus

Musical theatre fans have been waiting for the much-anticipated Los Angeles premiere of Beautiful – The Carole King Musical which arrives at the Hollywood Pantages  on June 22. Beautiful is the inspiring true story of King’s remarkable rise to stardom, from being part of a hit songwriting team with her husband Gerry Goffin, to her relationship with fellow writers and best friends Cynthia Weil and Barry Mann, to becoming one of the most successful solo acts in popular music history. Along the way, she made more than beautiful music, she wrote the soundtrack to a generation. I can’t wait to see it! 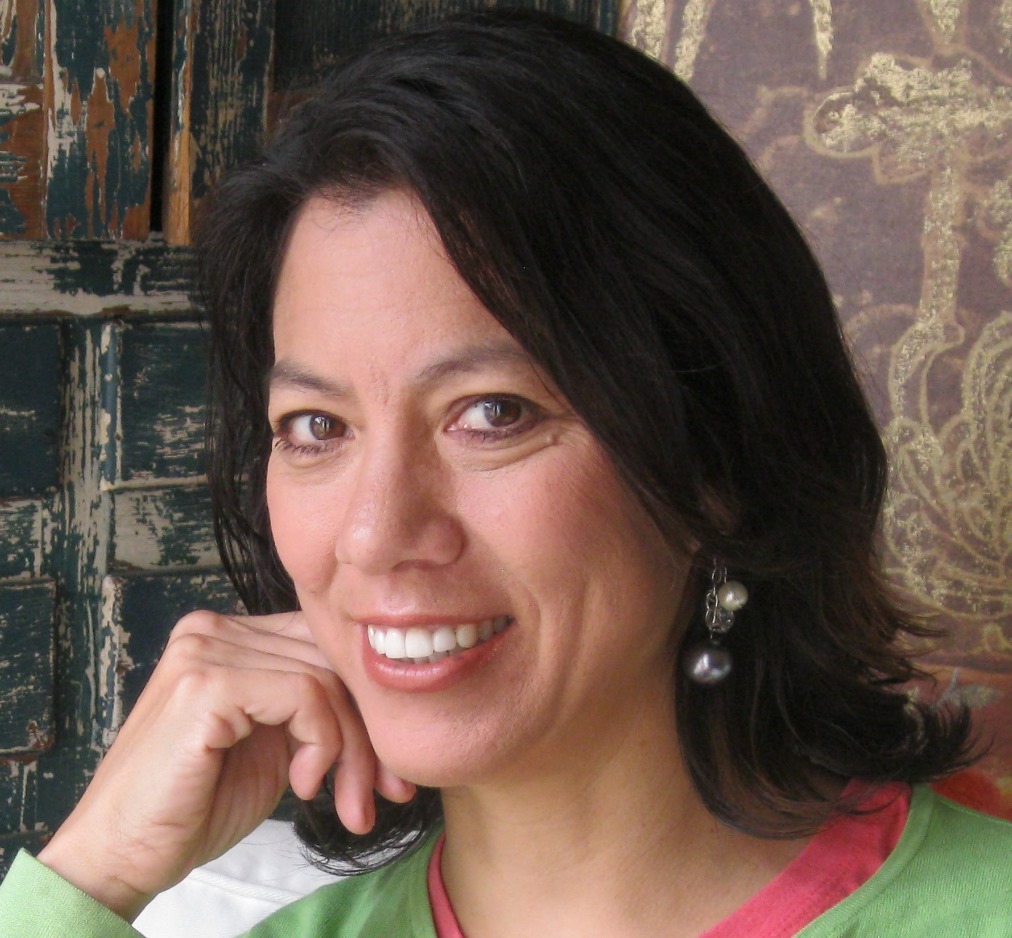 Sandra Tsing Loh brings her new play The Madwoman In The Volvo to the Pasadena Playhouse,  June 2 – 26. The production first played to rave reviews at South Coast Repertory in January and it’s easy to see why it did so well. In the throes of her own mid-life change, Loh wrote an essay for the Atlantic Monthly, which later became the basis for her memoir, The Madwoman in the Volvo: My Year of Raging Hormones. She identified herself as someone who is from the “Triple M Generation – menopausal, middle-aged and a mother.” The stage adaptation is a bumper-car ride through mid-life madness, all sparked by an unlikely trip to Burning Man. Also featured in the cast are Caroline Aaron and Shannon Holt. 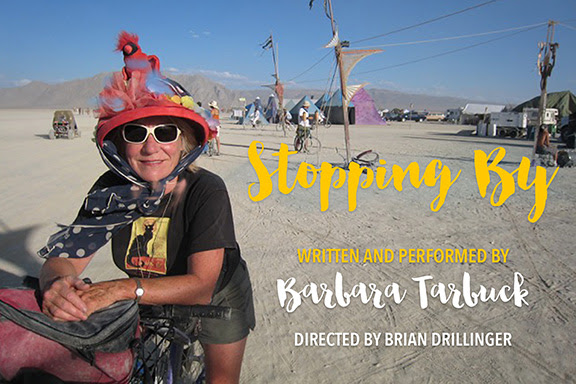 Speaking of Burning Man, actress Barbara Tarbuck’s funny, touching Stopping By gets a new production at Edgemar Center for the Arts in June. The solo show is Tarbuck’s loving and often hilarious story of a 74-year-old woman who sets out to take her husband’s ashes to Burning Man where she encounters the vast open space, violent dust storms, glowing night skies and uninhibited joy of thousands. Performances run June 4 – 25.

In Long Beach, International City Theatre takes on Christopher Durang’s witty mash-up of Chekhov characters and smart phones in Vanya and Sonia and Masha and Spike, June 10 – July 3. Middle-aged siblings Vanya and Sonia live in an angst-ridden, melancholic existence on their family farm. Housecleaner-cum-soothsayer Cassandra, whose hilariously ambiguous prophecies keep them befuddled, provides the only break from monotony. That is, until their glamorous movie star sister, Masha, arrives for a surprise visit, along with her hunky 20-something boy toy, Spike. Only one thing is certain; in this Tony Award-winning comedy, no one will get out without looking absolutely ridiculous. 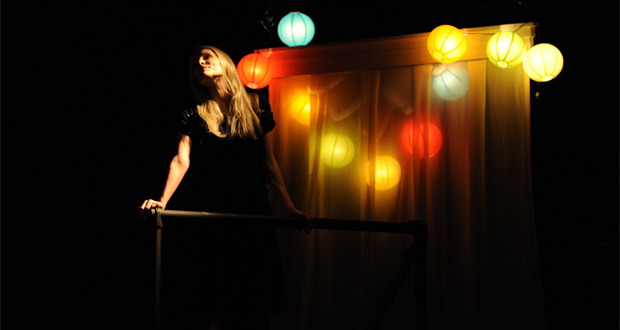 LA’s premier improvisational theatre group Impro Theatre returns to the Falcon Theatre in Toluca Lake this summer with Tennessee Williams UnScripted. Starting with a single audience suggestion, the company creates completely improvised, full-length plays in the styles of the world’s greatest playwrights, authors and composers. This production is inspired by Tennessee Williams and his most popular plays like A Streetcar Named Desire, Cat on a Hot Tin Roof, and The Glass Menagerie. Passionate, smoldering secrets lurk beneath the surface of genteel society and explode in a comical climax of accusation, confession and calamity. I’ve seen many of their shows and every one of them is terrific. June 10 – July 31.

Antaeus Theatre Company’s  final production in its North Hollywood performance space will be Henrik Ibsen’s Hedda Gabler, June 2 – 17. This fall, the company moves to a new cultural arts complex in Glendale. Ibsen created one of literature’s most compelling characters in this complex and enigmatic story about the newly married, beautiful and inscrutable wife of an academic trapped in a world she cannot bear. Longing to break free, Hedda jumps at the opportunity to destroy a former lover and rival of her husband, which ultimately leads to her own demise. 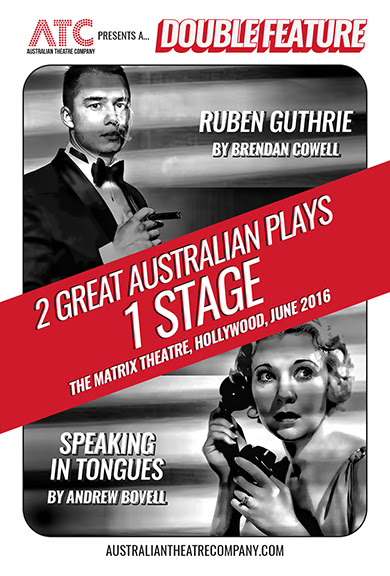 You can also head over to the Matrix Theatre for a mini Australian theater festival, as L.A.’s Australian Theatre Company presents a Double Feature of two celebrated Australian plays that were made into movies and ATC’s second annual free reading series all month long. Opening with Speaking in Tongues by Andrew Bovell on June 6 and the U.S. premiere of Ruben Guthrie by Brendan Cowell on June 7, performances of the two plays continue in repertory through June 28, with a free “Works by Women” reading series taking place every Wednesday evening.

The reading series will feature four plays written by women covering a variety of subjects. 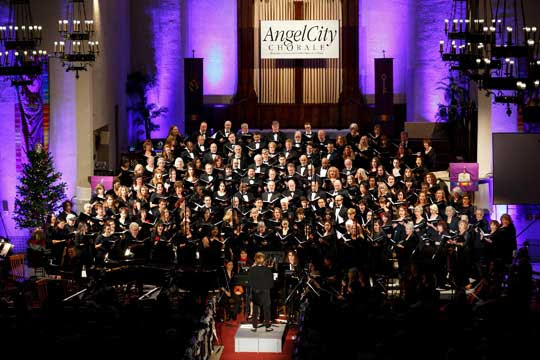 June’s concert highlight is a vibrant celebration of cultural diversity by Angel City Chorale  – Rhythm Planet – which takes you on a world music journey that traverses the globe, June 4 & 5 at Wilshire United Methodist Church. Artistic director Sue Fink will lead more than 150 singers and a 34-piece orchestra in a program featuring music by two-time Grammy-winning composer Christopher Tin. Selections from Tin’s world-bending masterpieces, Calling All Dawns, celebrating the circle of life in 12 languages, and The Drop That Contained the Sea, depicting global visions of water from the snows of Mongolia to the rains of Africa, will be featured. Also on the program are pieces by Aaron Copland, Moses Hogan and Eriks Esenvalds. An unforgettable moment is in store for audiences when a field of sonic stars will surround concert guests as percussion from crystal glasses unites with the majesty of human voices joined in harmony. Doesn’t it sound divine? 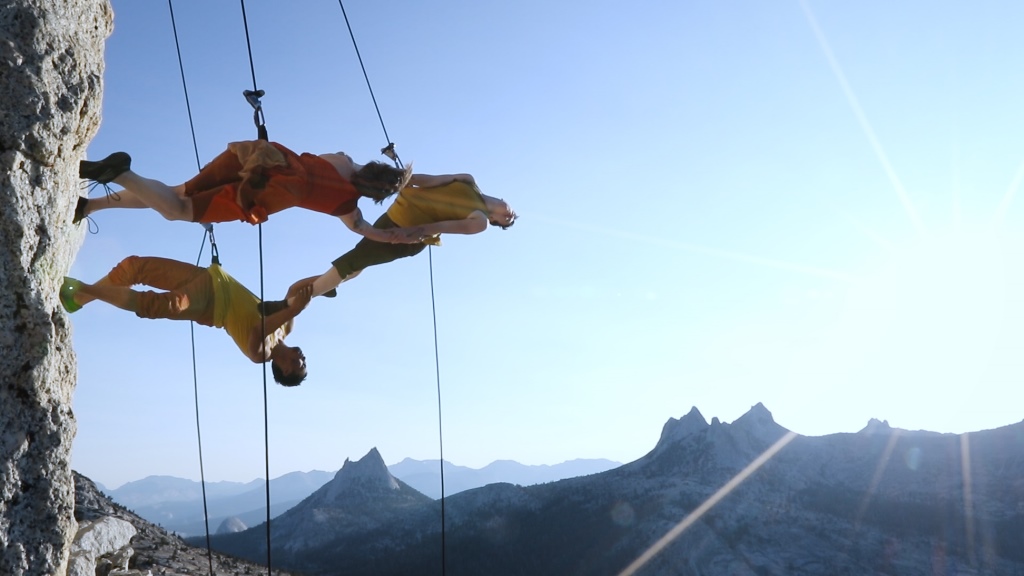 And on the dance front, Dance Camera West and the Center for the Art of Performance at UCLA present the 15th Annual Dance Camera West Dance Media Festival, June 11, 16 – 19. The multi-disciplinary festival will showcase many forms of dance including modern, postmodern, world, tap, dance theater, ballet, hip-hop and practically all dance that has been captured on film in a way that is of quality and essential value.

Highlights include live dance performances, special programming, the 3rd Annual CalArts Emerging Artists Competition, and the 5th Annual Dance Along. Film categories include screendance, short films, feature length, documentary, animation and interactive dance media. Over 35 films will be screened over the course of the festival connecting diverse cultures and environments through the exploration of dance. This year’s DCW Dance Media Film Festival will also give attendees a chance to explore interesting multi-media and interactive art installations at the Royce Hall Dance Media Lounge. This free exhibit is open from 6pm to 9:30pm, June 16 – 19. A complete list of events can be found of the Dance Camera West website.