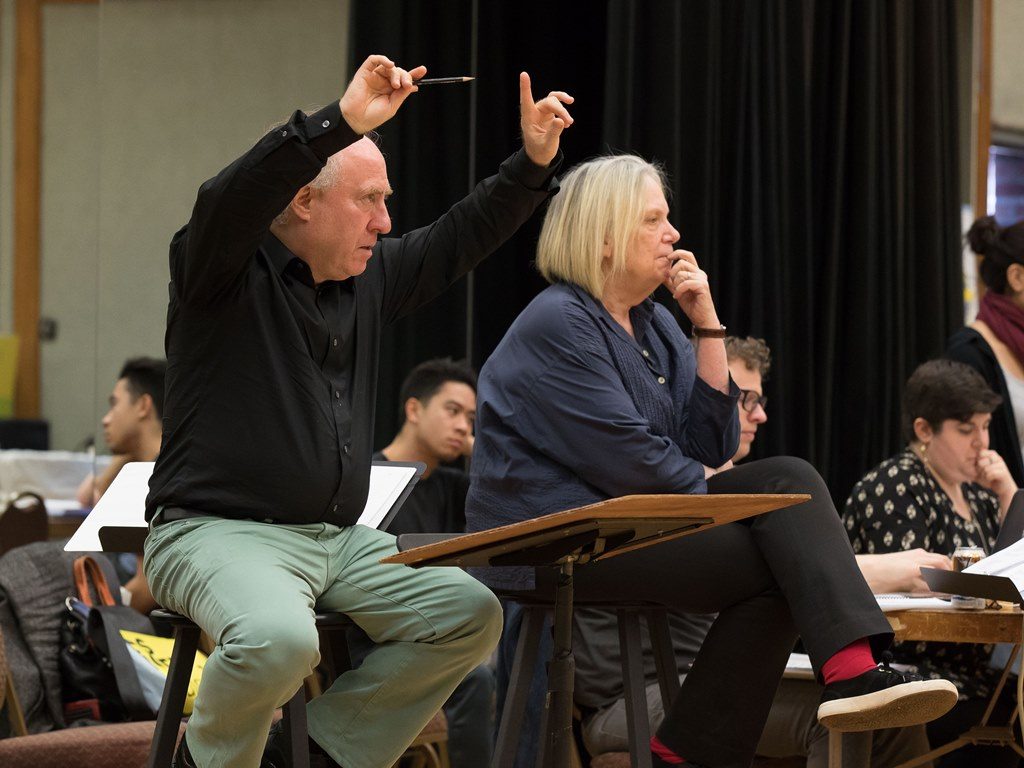 Not since 1950 have audiences in L.A. been able to see a live professional performance of Kurt Weill’s musical masterpiece Lost in the Stars. That changes this month when the Los Angeles Chamber Orchestra, led by Music Director Jeffrey Kahane, presents a brand new production in partnership with CAP UCLA. Set during the era of South African apartheid, the devastating tale of a black minister whose son accidentally kills a white neighbor’s son explores racial inequalities and the courage it takes to forgive when faced with an impossible moral dilemma.

The riveting story, with book and lyrics by Maxwell Anderson, is based on Alan Paton’s powerful novel Cry, the Beloved Country. It was Weill’s final work for the stage debuting on Broadway in October of 1949 where it ran for 281 performances. After it closed, a limited 14-week national tour of the U.S. launched from San Francisco with Los Angeles as its second stop.

Here in L.A., it played the 2600-seat Philharmonic Auditorium downtown (which has since been demolished) located at 427 W. 5th St. and Olive Street, just north of Pershing Square, before moving on to eight other venues around the country. The national tour was eventually cancelled “because African-American cast members were not allowed to stay in the same hotels as whites.” (Kim H. Kowalke, www.kwf.org)

On January 28 & 29, musical theatre lovers in L.A. will finally have the opportunity to see Lost in the Stars, directed by Siti Company Artistic Director, Anne Bogart, and conducted by Jeffrey Kahane. The performances are the highlight of Kahane’s Lift Every Voice series which is a three-week schedule of concerts and events inspired by Kurt Weill, Martin Luther King, Jr. and Rabbi Joachim Prinz exploring “themes of tolerance, compassion, cooperation, creativity and the power of music to encourage understanding and promote peace.” It is also an important part of Kahane’s final season with LACO as he completes his 20-year tenure with the organization.

“I believe that an orchestra should be an instrument of community,” says Kahane, “both a musical instrument that represents a community and a tool for building, enriching, and inspiring that community. I wanted very much, as part of my legacy to this orchestra – to which I have devoted more than half of my professional life – and to the city in which I grew up, to give LACO the opportunity to embody that idea in a way that I hope might inspire other orchestras to do the same.”

The musical was an important artistic achievement by Weill and Anderson, both of whom had been looking to write about the racial challenges in our own country for some time. And, while progress has been made in the years since, the social injustices they sought to expose then still take place today. It is one of the reasons Kahane wanted to program it on his last season with LACO. 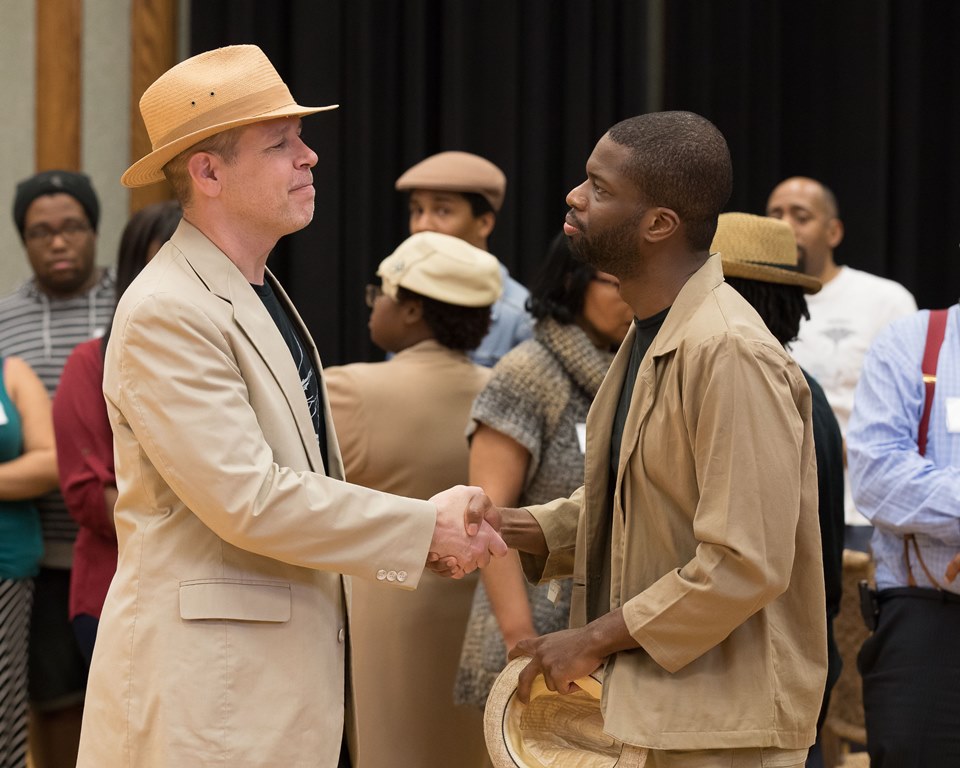 “Lost in the Stars is a piece that speaks very directly to some of the most pressing issues we face today, not just in the United States but around the world. And, it is a simple but powerfully moving story of tragedy and redemption, and the overcoming of prejudice through the shared experience of loss.”

It is also a work he admits is personally significant to him, and that’s saying a lot for an artist whose entire life has been spent laying bare the emotional soul of music.

“I love the music passionately and find much of it profoundly moving. It also has great personal resonance to me because Weill’s experience as a German-Jewish refugee from the Nazi regime very much mirrors that of my own mother. Both of them became proud American citizens, learned to speak perfect American English, and no longer identified themselves in any way as Germans, but they most certainly did identify with their Jewish heritage. More importantly they both had great concern for the plight of their fellow African-American citizens (as did Rabbi Prinz, who is also celebrated during this festival), and didn’t just talk about it – they acted on those concerns.”

For this presentation he is collaborating with Anne Bogart and the SITI Company, singers Lauren Michelle, Issachah Savage, and Justin Hopkins, the Albert McNeil Jubilee Singers, and others. Although the orchestra and cast will have a limited amount of time to rehearse together, Kahane’s own work on a piece begins far in advance of a scheduled performance.

“It is a long, gradual process of exploring the work and thinking about it for many, many months,” he says. “Sometimes the vision of the piece one starts out with changes over time, but usually there is a kernel of an idea about how I want the piece to sound that remains at the core of the process, and then it’s all about finding ways of bringing that idea to life. Anne and I have had many hours of conversation over the last year about our visions of the piece, and it was very thrilling to me to discover from the time of our first conversation how much our visions coincided.” 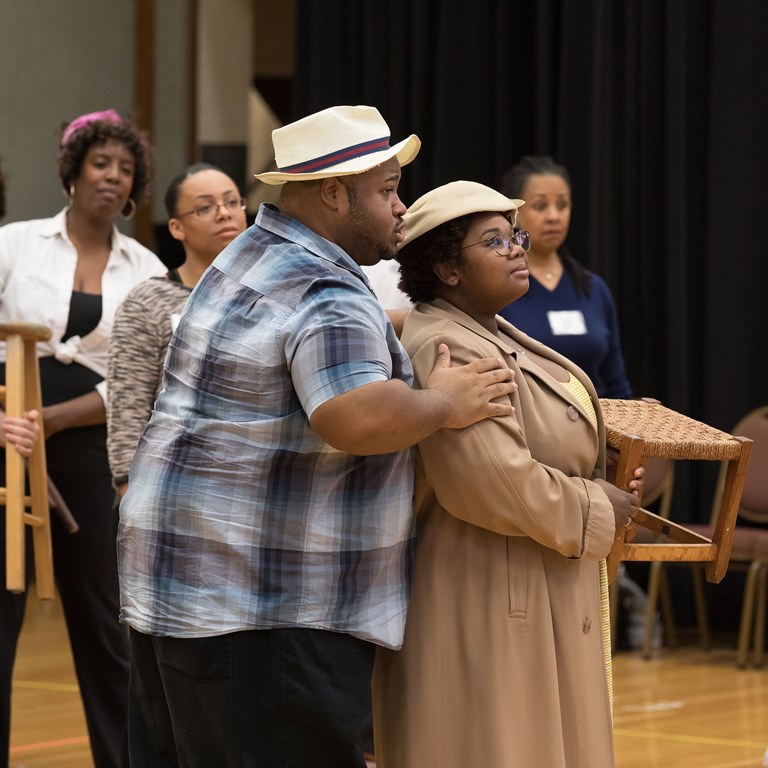 The remaining artists then join Kahane and Bogart for a three week rehearsal period which he says includes “many hours a day, six days a week. It’s a lot of time compared to what an orchestra usually has to prepare a symphonic program, but not a lot of time for a theatrical production.”

Weill’s score is a rich amalgam of styles that blends a Broadway sensibility and the kind of soaring melodies found in opera with those of gospel, jazz, and blues. Kahane says navigating the various forms isn’t difficult because Weill’s own voice always shines through each number in the show.

“He has very clever ways of tying the music together with certain motives that recur over and over, sometimes subtly transformed so that the listener isn’t necessarily aware of the fact that the same material is being used in radically different musical or dramatic contexts.”

Still, if he had to choose a favorite from among the songs it would be the title song, “Lost in the Stars.”

“For me, it is one of the greatest, most beautiful, and most moving songs in the whole history of American musical theatre. I also especially love the climactic chorus, ‘Cry, the Beloved Country’ (which of course is the title of Alan Paton’s novel on which the show is based), whose words are eerily prophetic of the American experience at this moment in history, and take on a heart-breaking urgency.”

LOST IN THE STARS

Box office at Royce Hall opens one hour prior to the event start time.

For a complete listing of events, go to www.laco.org.