Laughs with The New One. A stunning and explosive production with American Son.

The recommendation on the website for seeing The New One, a one-man show conceived and performed by Mike Birbiglia, is to go without knowing anything about it.
That’s exactly what I did, and happily so. A bare stage and a stool with a microphone headset are pre-set as the audience files in, and when the show starts, comedian, storyteller, director and actor Mike Birbiglia enters, dons the headset and welcomes the audience. He starts by talking about his couch. And his story unwinds from there.
For the next 90-ish or so minutes, Birbiglia takes us on his personal journey beginning with the aforementioned couch and ultimately concludes with story of his couch. His story focuses on his aversion to kids and ultimately his decision to have one.

Birbiglia’s story telling is top notch as his material is hilarious, personal and delivered in a most engaging way. I love his unique observations, and the way he uses the nuances of his voice.

If you are looking for an evening of fun and good laughs, The New One is an excellent choice.
Through Jan 20. https://thenewone.com/ 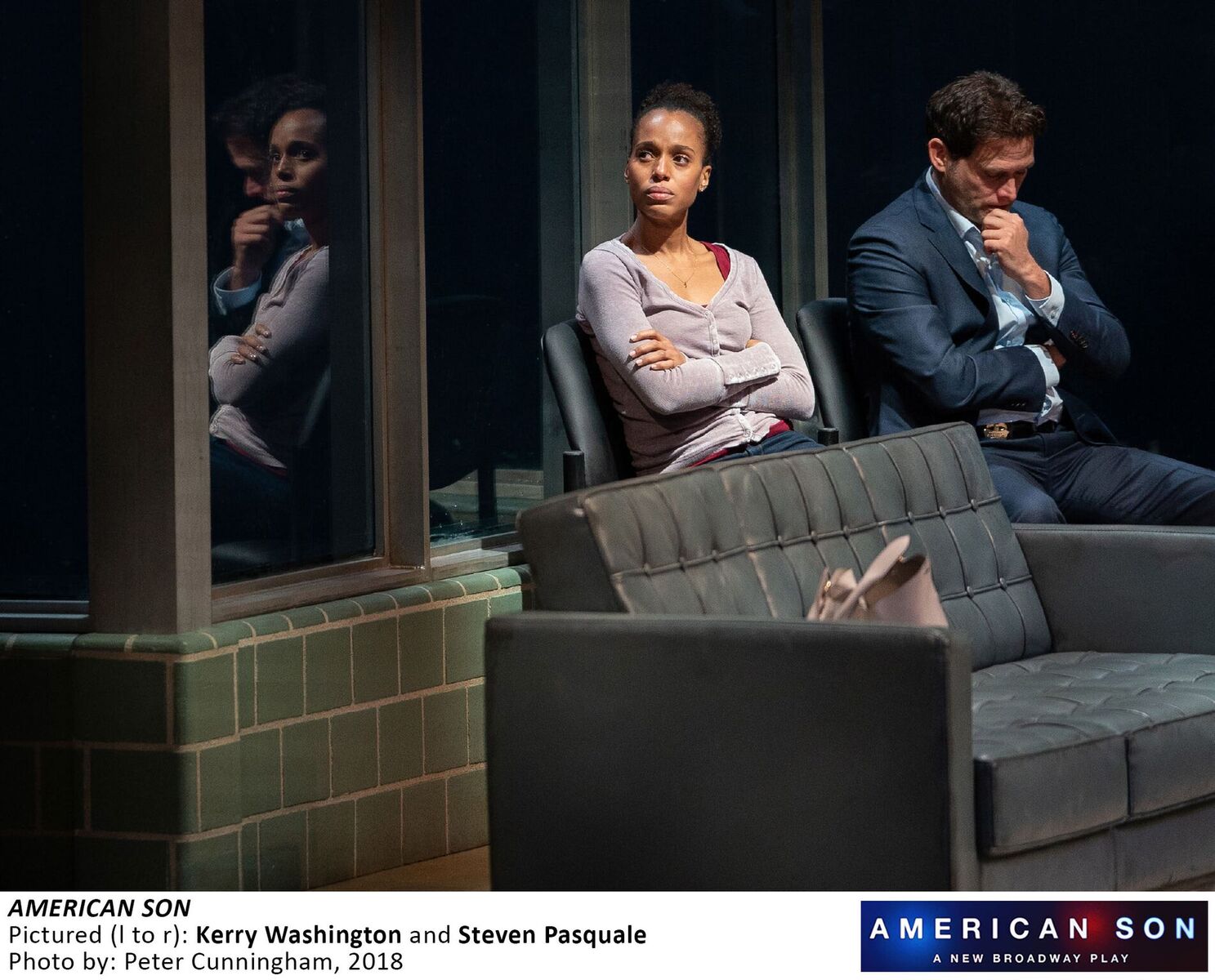 American Son is stunning. This is a play that is so fiercely well written, directed and performed that it might just be the perfect production.

This Christopher Demos-Brown piece starring the luminous Kerry Washington as Kendra, is about a mother who can’t reach her teenage son during the wee hours of the morning. Where is he, and what has happened to him? The play opens with Washington seated, pensively in the lobby of a police station, as a rain storm rages outside. She sits. She waits. She checks her phone, leaves a message, waits. Time passes, almost uncomfortably so for the audience. But that uncomfortable feeling sets the tone for the audience and for the production.

She is joined by young officer Paul Larkin (Jeremy Jordan) who is unable to provide much information at all about where her son might be. She has to wait for Lieutenant John Stokes (Eugene Lee),  the individual at the police station who can potentially provide information about her son.

We learn much through the phone messages and conversations that Kendra initiates. One call is to her husband, Scott (Steven Pasquale) from whom she is separated, and the emotions that cross her face as she anxiously awaits any information at all are priceless.

Scott is a federal agent, and shows up at the police station to join her in seeking information.

I don’t want to tell you much more than this because the unfolding story is so well crafted and so important to see that I just implore you to go. There are moments that will leave you breathless and by the end of the play you will feel drained.

American Son starring four accomplished actors in an ensemble that works in harmony together is directed by the fabulous Kenny Leon. Through Jan 27. http://americansonplay.com/

For conversation, commentary and interviews on theatre and food, join Valerie Smaldone Saturday mornings from 9-10 on the “Bagels and Broadway” radio show.  AM970, online, on Alexa and podcast.