Laughter IS the best medicine…and you can find it on Broadway!

There is something extraordinarily delicious about deep belly laughs. The body’s eruptive physical response to that which triggers it, results in what we know as laughter. Laughter has been scientifically proven to be excellent for our health. Research shows that laughter provides increased oxygen to the tissues, stretches muscles, and even helps to burn calories.

Now, with this information at hand, I am happy to report that there are two shows on Broadway that amply provide the opportunity to do all of the above.

The British import, The Play That Goes Wrong, features brilliant set design by Nigel Hook, and although the show itself is hilarious, the set and all the things that befall it, is the star.

The plot of this piece is a play within a play. We are  introduced to an amateur theatre group, the Cornley Polytechnic Drama Society, which is mounting a murder mystery from the 1920’s, and with all the things that go wrong (by the minute), absolute hilarity ensues. The Drama Society’s play, “Murder at Haversham Manor” is about to get underway when the show begins, and every mishap that can happen, does.

If you are a fan of slapstick and Monty Python, the show is for you. 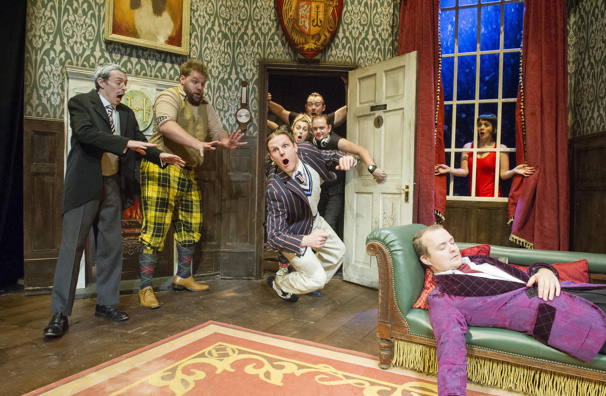 Direct from the West End, where it won the Olivier Award for best comedy, The Play That Goes Wrong’s first act is downright hilarious, and clearly out shines the second act. The second act goes from hilarity to silliness, and by the time you get to the over the top ending, you can feel just a wee bit exhausted by the physical humor.  Nonetheless, it is a perfect show to practice those deep belly laughs. I thoroughly enjoyed it.

To our friends from across the pond, thanks for providing the laughs. We Yanks really need it.

And this is a perfect segue to tell you about a play that exhibits the opposite of slapstick and physical humor, but nonetheless is just as effective. The witty, urbane, well written comedy by Noel Coward, Present Laughter, is a posh, sophisticated drawing room comedy, that also initiates that great bodily eruption known as laughter.
The show, aptly named, stars the incomparable Kevin Kline (who is simply a joy to watch on stage), playing an aging famous actor, and all the people who surround him including: Kate Burton, as his estranged wife, Kristine Nielsen as his loyal secretary, Tedra Millan as the very young ingenue Daphne Stillington, Ellen Harvey as  Miss Erickson, his stone faced cook, and tv star (How I Met Your Mother) Cobie Smulders, making her Broadway debut as an elegant and beautiful gold-digger. Moritz von Stuelpnagel directs this hilarious play. 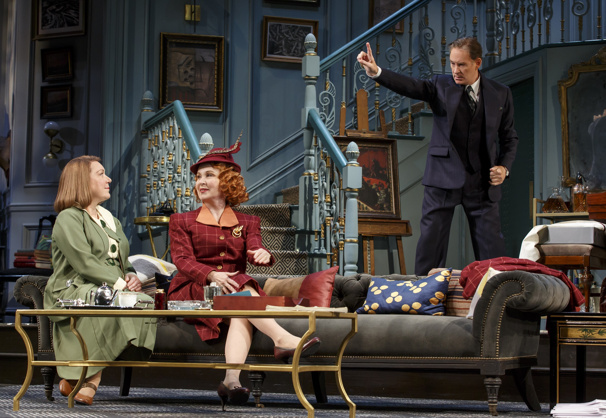 Totally narcissistic and concerned about his age, Mr. Kline, as Garry Essendine, nails this character just perfectly, with a fabulous delivery of lines and great bits.

Costumes by Susan Hilferty are gorgeous and a great reminder of an elegant time gone by, where women and men would dress with exquisite flair.

Watching this play, I enjoyed soaking up the aura of refinement, while giggling heartily throughout the performance. 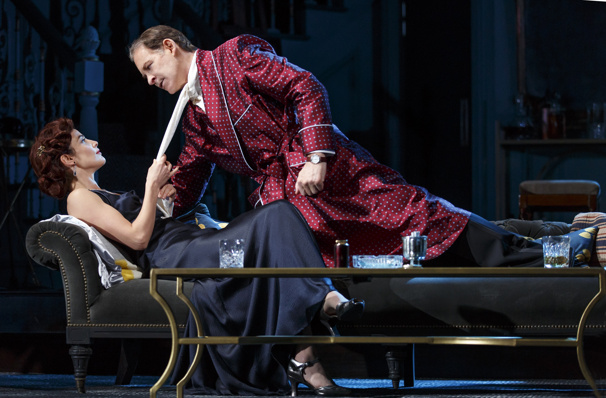 Present Laughter closes in July, so be sure to get tickets pronto.  http://laughteronbroadway.com/

It’s good for you!