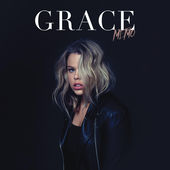 We were big fans of the very talent singer and songwriter, Leslie Gore, who sadly died last year at the age of 68. She was just 16 years old when she recorded “It’s My Party” which was followed by another huge hit, “You Don’t Own Me.”

Well “You Don’t Own Me” now has a new life, thanks to Australian singer and song writer “Grace”.  Yep another one name singer. Her version blows us away.  A little rap, her bluesy voice, and a totally new vibe has taken this classic to new levels!  This is from her debut album. Watch now.