So in the past week I saw 4 (count ’em) Broadway shows. Two of the four received a bunch of Tony nominations. Unfortunately, zero nominations is usually a cause for concern for producers who bank on the Tony buzz to get butts in seats. There already is one play that has fallen victim to the no Tony nomination sentence. 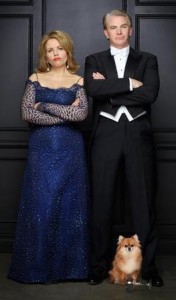 Let me begin with Living On Love. A very cute premise, and ingenious because it integrates a real life opera star, played by Renee Fleming, (who sings a cappella gloriously every so often through the play,) into a play about an opera singing couple.

We meet the lothario husband Vito DeAngelis and his diva wife, Raquel DeAngelis and are privy to their opulent and privileged lifestyle as well as the servants who service their every whim. Entering the mix, a young lady, Iris Peabody, hired by Vito to ghostwrite his embellished autobiography. Raquel retaliates and brings in her own young writer, Robert Samson to do the same. He is more than thrilled as he wants nothing more than to be in the presence of the diva. Needless to say, romantic entanglements ensue.

Douglas Sills, Renee Fleming, Anna Chlumsky and Jerry O’Connell are the principals in this screwball comedy.

Joe Di Pietro wrote the piece, based on a play by Garson Kanin. I love Joe’s writing and this play should have gotten more laughs but it didn’t. Somehow the energy was just off. Timing seemed askew and I think the play could have been better with crisper direction. Set design and costumes are magnificent. Living On Love takes place in a Manhattan penthouse in 1957 complete with a fluffy dog named Puccini (played by Trixie.)

Better hurry if you’re a Renee Fleming or Doug Sills fan. Living On Love is the first casualty of no Tony recognition.

​Then there is Doctor Zhivago. Let me just say this: It took me 20 minutes of non stop talking to attempt to recall the plot of Dr. Zhivago when explaining the arc of the musical. During the performance, I heard a lot of chortles (does anyone use that word anymore?) around me during the first act. And in intermission, when I asked the couple behind me what they thought, they said they didn’t like the music, the lyrics or the book. I heard others saying the set was too depressing. Now, I had no problems with any of that. What I had problems with and what really pissed me off (pissed me off!!) was a set piece that stayed fixed through the entire epic musical. I saw most of the musical through the legs of this table. Doesn’t anyone check sight lines?? It was a small table with a chair that kept getting rotated, and was barely used for most of the show. It became distracting and I progressed from being pissed off to outraged. “Move the damn set piece!” I kept thinking. This is what I was focused on. Can you believe it? Okay, another thing that bothered me was the endless and unrelenting violence. Oh yeah and the direction…why were so many scenes played on the lip of the stage? They had this vast huge stage and a lot of the action was played so far downstage I thought they would be in our laps. Enough griping. What I did like about Dr. Zhivago was the amazing voices of all the principal performers Tam Mutu (Dr. Zhivago), Kelli Barrett as Lara, Tom Hewitt as Vicktor, Paul Alexander Nolan as Pasha, and Lora Lee Gayer as Tonia. . Powerful and beautiful. There were lovely costumes (when we were in Tzarist Russia) and I actually did like some of the music. But the story, which should have had us all dabbing at our eyes, barely got a reaction,. Somehow we just were not invested in their love story. 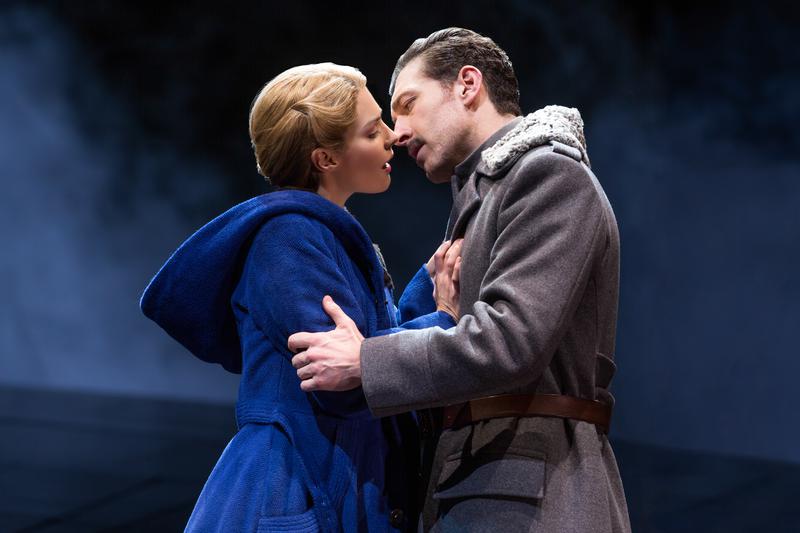 Book by Michael Weller, lyrics by Michael Korie and Amy Powers, and music by Lucy Simon, with direction by Des McAnuff.

Fun Home is a musical that takes you on a journey, but is definitely worth the ride.

As the musical opens, you know you are in for something very different, and may be puzzled at first, but the story and the theme begin to reveal itself soon enough. This is a family in the funeral parlor business, with a father and mother, a daugther and two sons.

Subject matter revolves around a family with a daughter who comes out of the closet in college, and learns truths about her father, his volatile personality and his own personal Hell.

The family’s story is told through daughter Alison’s eyes as an adult, a college student and a child, sometimes all at once.Michael Cerveris plays the tortured father, Judy Kuhn the burdened mother. The incredibly talented Cerveris delivers a brilliant performance and has one song that is absolutely heart wrenching. 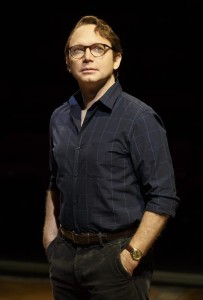 With book and lyrics by Lisa Kron, and music by Jeanine Tesori, the music is haunting and beautiful, with fabulous instrumentation played by a wonderful group of musicians.

Fun Home had the audience springing to their feet in great appreciation during the curtain call.

And Fun Home just garnered 12 Tony award nominations, and following the Tony nominations, the show broke box office records at the theatre. Unlike the unfortunate Living On Love, I think Fun Home is going to be around for a long time.

And finally Steppenwolf’s Airline Highway. written by Lisa D’Amour is a slice of life look at a down and out group of characters living in a motel on Airline Highway, a tough area of New Orleans.

One is a stripper, the other a hooker, another is a handy man looking to do odd jobs to pick up pocket money, drug dealers, you get the picture. But they are family to each other and have come together to throw a party for the legendary burlesque performer Miss Ruby, the grand dame of the motel (who is living out her last days, while being cared for by all there.) . She had her own club where she welcomed everyone, and all the residents of the Hummingbird Motel want to throw her a proper New Orleans bash. Throughout the play the characters decorate the facade of the building with colorful lights and streamers, prepare the food and the party.

Conflict occurs when one of the former residents, Bait Boy, now living in Atlanta, is making his return with his teen age step daughter, Zoe. He and Krista (the stripper) used to have a thing, and all the residents of the Hummingbird are concerned about their reunion.

Airline Highway is rich in dialogue and character development. It’s a wonderful piece for actors.

I just wish we heard some real, authentic “N’awlins” accents. 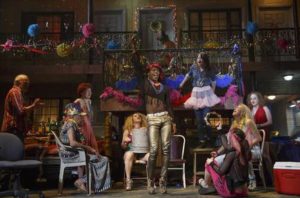